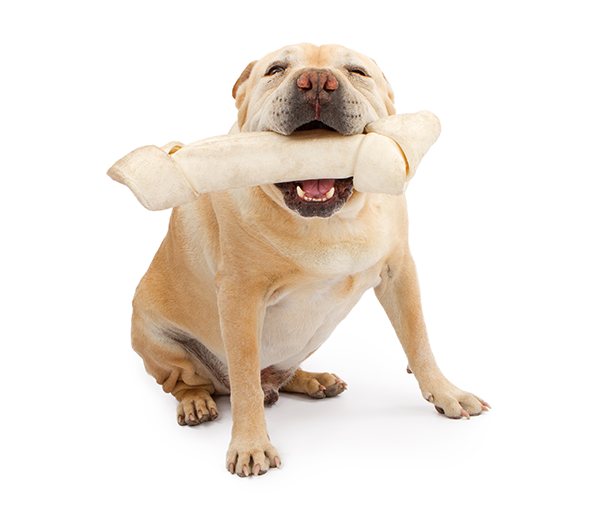 An old T-shirt, a pair of scissors and a little patience. That’s all members of the ABA Section of Environment, Energy and Resources needed for their first virtual public service project, where they cut and braided fabric into dog tug toys for the Anti-Cruelty Society in Chicago on Tuesday.

The event was held at the end of their virtual 28th Fall Conference and during this year’s National Celebration of Pro Bono, which runs Oct. 25-31.

Emily Lane, the chair of the SEER Public Service Committee, says the public service project has been such an important component of the section’s in-person conferences that it never crossed her mind not to offer it to members in a virtual setting. 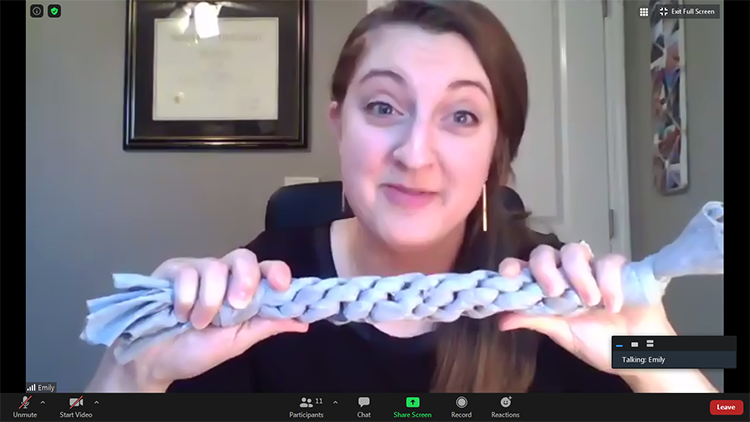 Emily Lane holds up the dog toy she made during the Zoom session.

“It’s a hard time for everyone right now, 2020 has been challenging in a lot of ways,” says Lane, a law clerk to Chief Judge Jeffery Hopkins for the U.S. Bankruptcy Court in the Southern District of Ohio. “We were trying to stay as consistent as possible and make things seem more familiar for people. We usually have the public service project, so we wanted to maintain that.

“Also, I think it was just important for us to feel like we were giving back.”

During past conferences, SEER members have helped the Charles River Conservancy with park maintenance projects in Boston, the Urban Farm with cleaning out a barn and caring for greenhouse plants in Denver and the Water Conservation Garden with brush removal, trail maintenance and painting benches in El Cajon, California. 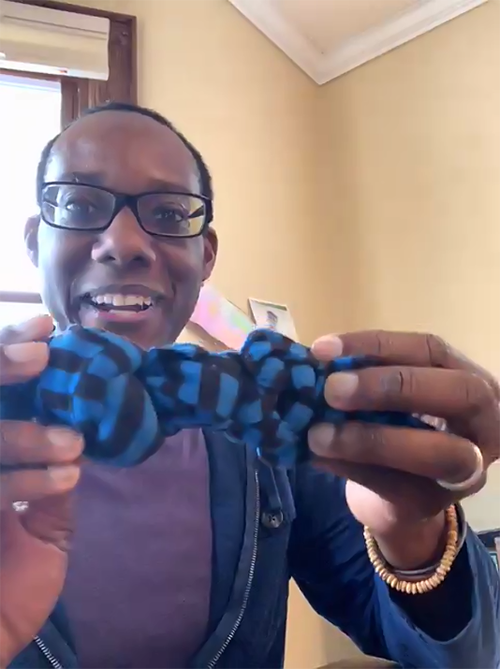 Jonathan Nwagbaraocha used his wife’s old T-shirts to make a braided tug toy for the Anti-Cruelty Society. Image from screenshot of Zoom meeting.

Jonathan Nwagbaraocha, SEER’s membership and diversity officer and Environment, Health, Safety and Sustainability counsel at Xerox Corp., says he looks forward to the section’s public service projects. He joined in on Tuesday, using his wife’s T-shirts to make a dog tug toy.

“I participated because I wanted to find a way, even during the pandemic, to do something positive,” he says.

Maggie Gleason, the community programs specialist at the Anti-Cruelty Society, talked with SEER members about her organization and its mission and instructed them on how to make the toys.

She provided the shelter’s mailing address so they could send in their finished toys or suggested they donate them to any other animal shelter.

For more information on the Anti-Cruelty Society and its programs, visit anticruelty.org.