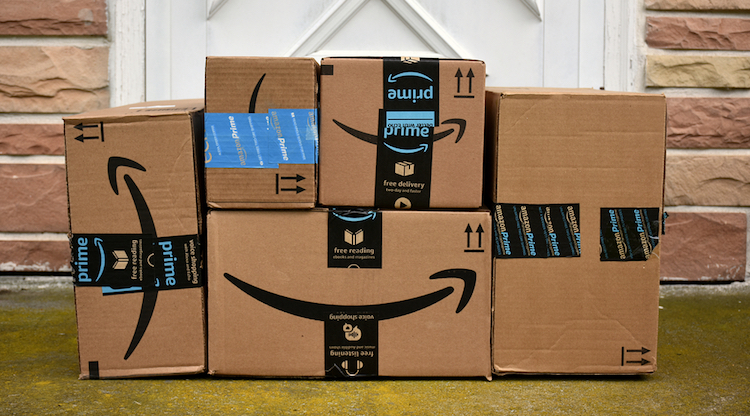 As an Amazon Prime member, Miami-based intellectual property lawyer Michael Chesal gets groceries and other goods from the world’s largest online marketplace. And thanks to Amazon’s new IP Accelerator program, Chesal also gets clients.

The four-lawyer Peretz Chesal & Herrmann was one of those chosen.

Chesal says the onslaught of queries was immediate; he has since filed more than 100 applications for clients who took Amazon’s advice and got in touch. “I still get about 10 inquiries a day through Amazon.”

He adds that Amazon’s requirement that he charge $600 for the preparation and filing of a standard trademark application meant he had to discount his standard $750 fee. “We hope to make it up on volume,” Chesal says.

The IP Accelerator news has left lawyers wondering: Would Amazon’s ongoing marketplace shakeup do to law firms what it did to independent booksellers?

The company’s chosen firms range geographically from IdeaLegal in Portland, Oregon, to Cowan Liebowitz & Latman in New York City to Neal & McDevitt in Northfield, Illinois. They vary in size from Chesal’s tiny shop to the 250-attorney FisherBroyles, which is based in Atlanta and has lawyers in more than 20 other cities.

Like other online merchants, Amazon has had to protect itself and its customers from counterfeit goods. In 2016, it launched the Brand Registry, an internal control operation that helps safeguard products against infringements, forgeries and counterfeits. That’s a plus for sellers, because before launch of the IP Accelerator, brand owners had to wait for the issuance of a U.S. Patent and Trademark Office registration before they could apply to the Brand Registry.

According to trademark lawyer Matthew Frisbee of Leason Ellis in White Plains, New York, the program is an example of Amazon being proactive in the face of threats to its business model. “They’re trying to get out in front of the infringement issue by getting some IP counseling out to their sellers instead of running a marketplace of counterfeits,” explains Frisbee, who writes for ipwatchdog.com. “For some, the Brand Registry lure will be a big driver. The IP Accelerator is a way to get advanced features like that to help make your site more visible and to drive profits.”

Not only that, Frisbee says, but Amazon’s move signals a shift in trademark work for law firms by putting caps on the fees its selected firms charge for preliminary and comprehensive searches and for filing applications.

“As the trademark field becomes more competitive, it becomes a commodity practice. And you have to expect Amazon will try to expand further its legal reach, possibly with some kind of patent-oriented program.”

A member of the network is Dunner Law in Washington, D.C., a certified women-owned firm of four lawyers. Founder Lisa Dunner says she’s had about 600 requests for information since the IP Accelerator program started. “A bunch have converted into clients. At first it was almost overwhelming to make sure we were responsive and giving quality information quickly, but we did it. So it’s been a positive thing for us.”

As for fees, “We’re a small firm, so we never have had big firm rates and we didn’t have to cut our prices to match Amazon’s caps,” Dunner says.

On the other side of the scale, W. Scott Harders, a Cleveland, Ohio-based partner in FisherBroyles LLP’s 18-lawyer IP Group, explains that Amazon’s benchmark $600 fee hasn’t been an issue since his firm keeps overhead low.

“That fee is well within our pricing range,” he says. “You need to keep lean with your initial staffing of inquiries, so we use paralegals to avoid putting a lawyer on every question that comes our way.”

According to Harders, the conversion rate from inquiries to client sign-up “has not been superhigh,” but he believes that there is a lot of pent-up demand for a service like Amazon’s. “Is the program paying for itself? It’s too early yet to make that call, but so far, I think it is working out for us really well.”

A company spokeswoman emphasized that no legal fees in the IP Accelerator program go to Amazon. Meanwhile, Amazon’s Mehta added, “The response from brands and participating law firms has been enthusiastic.”

Managing Partner Jeffrey Sladkus of Atlanta-based the Sladkus Law Group, another of the IP Accelerator firms, says the program is working so well for his four-lawyer firm that he hired a new associate to help. “People say Amazon is trying to rule the world, but the rampant counterfeiting problem needs to be addressed, and this helps.”

William Henderson, a professor at Indiana University-Bloomington’s Mauer School of Law who studies law firm economics, cautions against drawing too many conclusions about Amazon’s legal aspirations from the Accelerator program. After all, there was a clear need for a way to resolve the tangle of brand identity conflicts on the site.

“Trademark confusion upsets sellers on the Amazon platform, and this was a way to start to get that under control. Amazon is trying to create a trusted marketplace, and there are a lot of efficiencies possible in the trademark area, so this made sense,” Henderson says. “E-commerce is changing all aspects of our life. This is part of that.”

However, he adds, “Is there a further law business future for Amazon? I wouldn’t count it out.”