After donor blasts abortion law and criticizes use of funds, University of Alabama returns most of $26M donation

Updated: On Friday, attorney and philanthropist Hugh F. Culverhouse Jr. was wired $21.5 million of a $26.5 million pledge he made to the law school at the University of Alabama, after its board of trustees voted in favor of giving him a refund, following his call for a boycott of the state after it passed a new law that effectively outlaws abortions.

According to a University of Alabama System statement released Friday, Culverhouse was given his money back as a result of “ongoing attempts to interfere” with law school operations, and the decision was not related to his stance on the state’s abortion law.

And on Sunday afternoon, university officials released select emails between Culverhouse, the law school dean, the chancellor and the university president, the Washington Post reported.

In a statement released Friday afternoon, Culverhouse wrote that he expected this response from the university. According to him, he never demanded that the $21.5 million he gave the law school be refunded, and he thinks the university’s actions on June 7 are an attempt to silence his opinion about the Alabama abortion law.

“I will not be silenced. Once again, I call on students to protest and reconsider their educational options in Alabama. I also appeal to out-of-state and international businesses to consider the consequences of conducting business in a state that discriminates against women and defies constitutional law. These boycotts and acts of resistance should remain in effect until the state of Alabama reverses the illegal anti-abortion statute,” according to his statement.

In September 2018, Culverhouse pledged $26.5 million to the law school, directing that the largest donation in the school’s history mostly be used for scholarships, according to a press release from the school. But by May, of the total funds, only $2,000 has been used, he says, following his call for the boycott.

Culverhouse previously told the ABA Journal that he’d like a boycott to spread to all states with restrictive abortion laws. He thinks politicians who are Crimson Tide alumni influenced the issue.

Another law school alum is Harper Lee, the author of To Kill a Mockingbird. The law school and the ABA Journal established in 2011 the Harper Lee Prize for Legal Fiction, an annual award, to mark the 50th anniversary of her Pulitzer Prize-winning book.

Also, the University of Alabama System’s board of trustees is made up of state politicians, including Gov. Kay Ivey, the president ex officio, who signed the bill into law.

A university statement released May 29 denied Culverhouse’s assertion. He asked for $10 million back, according to the statement, and made numerous demands about operations at the institution now known as the Hugh F. Culverhouse Jr. School of Law.

“None of the issues between the law school and Mr. Culverhouse had anything to do with the passage of legislation in which the university had no role. Donors may not dictate university administration,” according to the statement.

The chancellor suggested that the law school return all of Culverhouse’s $21.5 million donation to the law school and remove his name from the school, too, AL.com reported.

“If I’m going to be investing that amount of money, you’d better believe I will be involved,” says Culverhouse, who asked for $10 million back after he says he discovered that none of the money had been used for scholarships.

According to him, his donation did not stipulate naming rights, and putting his name on the law school was the university’s idea. 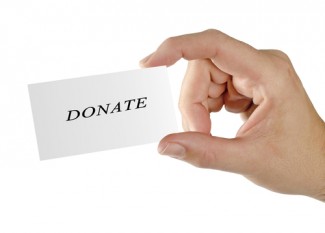 “The law school and the university—they don’t talk to me. I didn’t know until I read about it that the head guy is recommending to send my money back,” Culverhouse told the ABA Journal last week. “I think what provoked them the most was when they asked me if I wanted to see a football game and I said no; I don’t like to see young men hurting themselves.”

Culverhouse is now a Florida resident and has a bachelor’s and law degree from the University of Florida and an MBA from New York University. He says the law school has only spent $2,000 of his donation—for travel. Culverhouse wanted the money to help law students pursue jobs they love, rather than making career choices based on where they could earn the most money. He also wanted to see student enrollment grow by 8% annually, until it has between 500 and 550 students.

Mark E. Brandon, the University of Alabama’s law school dean, was resistant to that idea, according to Culverhouse. U.S. News & World Report has consistently ranked the law school as No. 25, and Culverhouse says Brandon thought that admitting larger classes could harm their position on the list.

“There’s this horrible problem you’ve having in education, with people paying money to get in, and a state law school is denying access to students who would have gotten in the year before, simply to be 25th on a magazine poll,” Culverhouse says.

According to him, 69% of the law school’s students have some sort of scholarship. He estimates that 20% have full-tuition scholarships, and 16% have scholarships covering tuition, room and board.

Brandon referred questions from the Journal to Kellee Reinhart, the University of Alabama System’s vice chancellor for communications and community relations, who responded with the university’s statement. The law school had a total of 381 students, according to its Standard 509 Information Report for 2018. A total of 1,526 people applied, according to the document; and 474 received admissions offers. Out of that group, 116 enrolled. The law school’s median LSAT score is 164, and the median undergraduate GPA is 3.88.

The donation, which Culverhouse made with his wife, Eliza, is also earmarked for an endowed chair in constitutional law, program development, additional education and career opportunities for students and the law library, according to a September press release.

It seems unlikely that someone else will give as much money to the law school as Culverhouse. And it’s possible that state politics has played a role in the situation, says Noel A.D. Thompson, a political science professor at Tuskegee University, a private historically black college in Alabama. He adds that the public University of Alabama could benefit from Culverhouse’s money.

“When I read about this, I just said, ‘Wow, that’s a lot of money to give back.’ I’m not sure who’s behind that, but in my own judgment, that’s a kind of bone-headed proposition, really,” Thompson says. “Alabama does not have enough money for the legislature to go off on a tangent about this issue.”

Updated June 10 to add selected emails released by the university. Also updated to correct an error; Harper Lee attended the University of Alabama School of Law but left before graduating from the school.