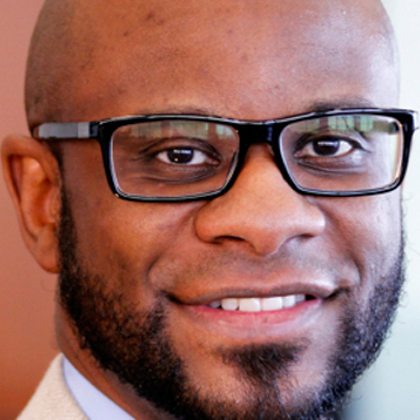 Updated: A new law school pipeline project from the AccessLex Institute will focus on people who have, historically, had a very difficult time getting in: applicants with low LSAT scores and undergraduate GPAs.

Inspired by a Council on Legal Education Opportunity program that focuses on helping people with a history of good grades in college but tend to have lower LSAT scores, the AccessLex program, known as LexScholars, hopes to identify people with the talent and potential to be lawyers in spite of their numbers. The program, which will run for five years, is expected to have 1,200 participants over that time period. Applicants will submit what’s known as “index scores,” which are calculated by adding one’s undergraduate GPA to his or her LSAT score. To get into the LexScholars program, the number must be below 148.

Participants also must be a member of a racial or socioeconomic group that is underrepresented in the legal profession. The latter will be determined based on whether someone qualified for Pell Grants as an undergraduate or is a first-generation college graduate, says Aaron Taylor, executive director of AccessLex’s Center for Legal Education Excellence.

“What we want to do is develop some tested method for ways of identifying people who don’t have great indicators but have the talent to be successful as lawyers. We want to take it beyond anecdotal experiences and look at it empirically,” Taylor says.

The deadline to apply is April 1, according to the website. Those selected will be notified April 15.

Participants will be selected randomly, for the most part. Candidates who experienced “multilayered disadvantages” and have a demonstrated commitment to pursuing law school, will be granted more entries into the random selection process, which increases their odds, the website states.

Also, participants must have completed at least two years of college credit hours, and be on track to graduate by August 2021. Taylor expects that many applicants will be college graduates who already applied to law school and didn’t get accepted anywhere.

The program has three different offerings, one of which includes a four-week residential program at Catholic University in Washington, D.C., along with writing exercises and an $800 stipend. All three offerings include a free LSAT course, and financial education courses from AccessLex, which provided borrowers with graduate school loans until 2010, when the federal government eliminated the Federal Family Education Loan program. Today, the nonprofit group conducts and funds research on legal education.

“The idea is that we will compare the admissions outcomes and experiences of the groups and see if the summer program helped or are the outcomes the same as someone who just took one Kaplan course,” Taylor says. “We hope to come up with some best practices for pipeline programs, so we can package and fund programs at law schools once we figure out what works and what doesn’t.”

In the next few years, Taylor says, AccessLex will start talking to law schools, about accepting LexScholars participants. But first, he adds, they want to have data that shows the individuals could be successful in law school, with appropriate support.

Various large law firms have diversity pipeline programs, including Munger Tolles & Olson. Its Fellows Program focuses on helping people get into law school who are racial or ethnic minorities, have a disadvantaged socioeconomic background, are LGBTQ or identify as having a disability.

“If we are going to decide that the LSAT is not a good indicator, what will we use instead, and what will we use that is more culturally fair and takes into account communities that typically have not being going to law school?” asks Misty Stanford, a Munger Tolles partner who co-chairs the firm’s fellowship program.

In their selection process, she adds, the firm will consider candidates who may not have high undergraduate GPAs or LSAT scores, but they want to see something that shows grit.

“There are success attributes for being a lawyer that don’t really tie to the LSAT, and a disproportionate amount of people of color see the LSAT as a barrier,” she says. “We developed the selection of our students in the fellowships based not on a number, but instead of trying to get success attributes tied to our selection process. Some people at the top of their class are great lawyers, but some are not.”

Taylor, who besides being a lawyer has a doctorate in higher education, previously worked in law school admissions at the University of Arkansas at Little Rock and the University of the District of Columbia. In those positions, he admitted students who didn’t have great grades or LSAT scores.

“Some failed and were academically dismissed, but there are realms of stories I could tell about those who went on to be successful, and are successful right now,” Taylor adds. “Some people are late bloomers. They got through high school and college, and in law school, finally they just take to it.”

Updated on March 23 to rewrite the headline based on valid reader criticism.