Philadelphia DA wins challenge to his impeachment in appeals court 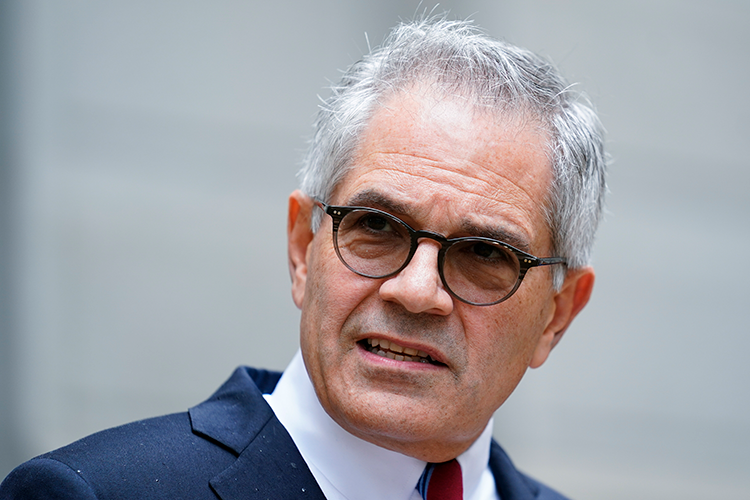 Philadelphia District Attorney Larry Krasner is in his second term, having first been elected to his position in 2017. (AP Photo/Matt Rourke, File)

The Pennsylvania House of Representatives had no authority to issue articles of impeachment against progressive Philadelphia District Attorney Larry Krasner because his alleged wrongdoing didn’t satisfy constitutional requirements, a Pennsylvania appeals court has ruled.

Other articles of impeachment included allegations that Krasner fired experience prosecutors, failed to cooperate with a House select committee investigating rising crime and failed to disclose his past representation of an activist who supported convicted murderer Mumia Abu-Jamal.

Judge Ellen Ceisler sided with Krasner on his claim that that he can’t be impeached because the allegations against him don’t constitute misbehavior in office, a constitutional requirement for impeachment. Her opinion supported a Dec. 30 order granting summary relief to Krasner on that that claim.

Four judges were on the panel that decided the case. One dissented. A concurring judge who initially agreed with the Dec. 30 order said in a Jan. 12 concurrence that he now agrees that only three of the seven articles of impeachment were improper. The fourth judge did not indicate agreement with any of the opinions but apparently joined the Dec. 30 order granting summary relief to Krasner.

“The House simply appears not to approve of the way District Attorney has chosen to run his office,” Ceisler wrote in regards to an impeachment claim citing Krasner’s firings of prosecutors. “Regardless of whether any of the House’s concerns have substantive merit, it remains that such disagreements, standing alone, are not enough to create a constitutionally sound basis for impeaching and removing District Attorney.”

Other claims failed to allege improper or corrupt motive or were based on ethics allegations that are overseen by the Pennsylvania Supreme Court, Ceisler said.

The appeals court ruled against Krasner on his two other claims: that the impeachment articles don’t survive the adjournment of the legislative session and that the General Assembly can’t impeach a locally elected official.

The case is Krasner v. Ward. Court documents are here.

Publications covering the opinion include the Associated Press and Law & Crime.