Sounding the alarm: One whistleblower's story 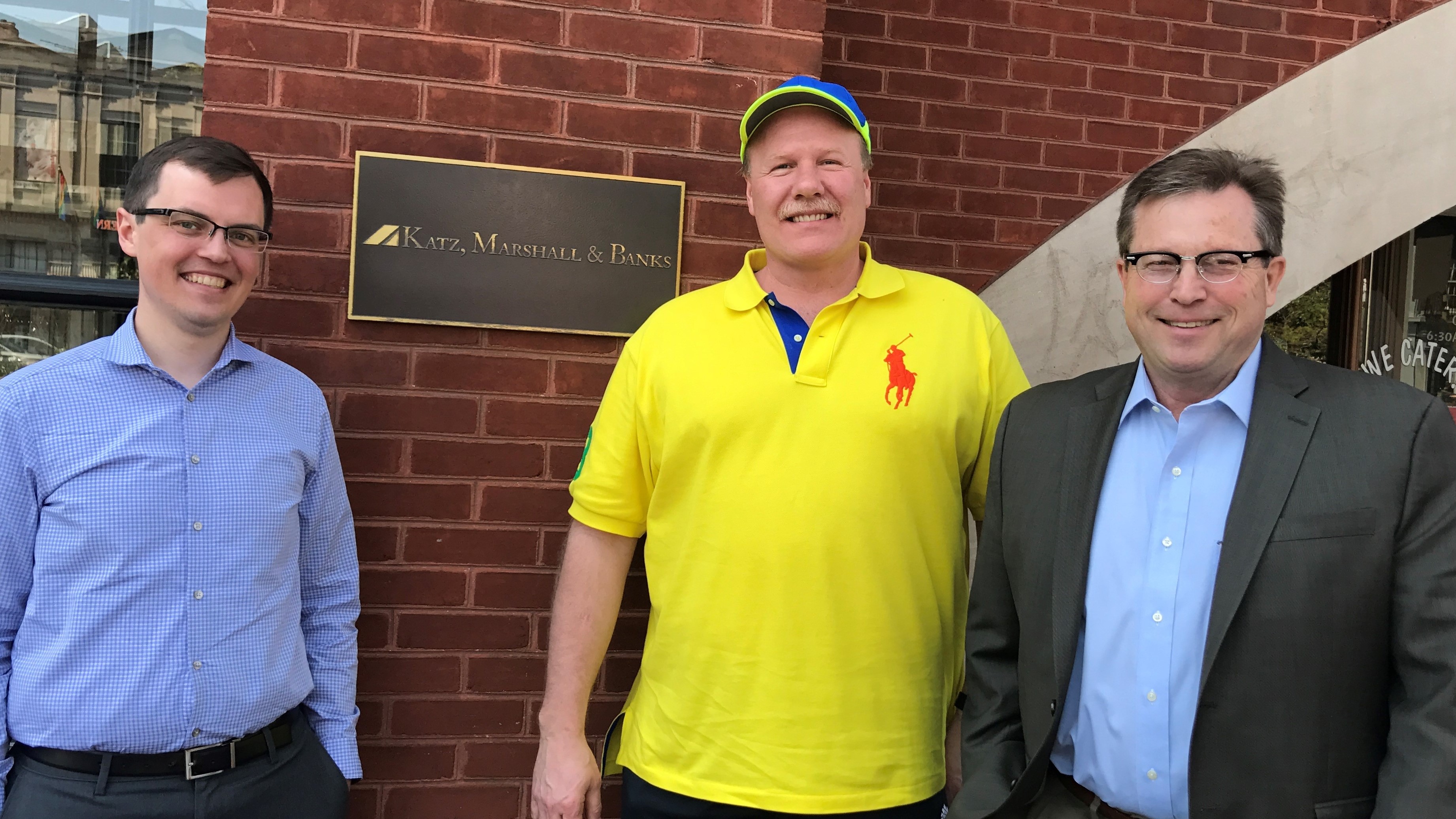 Chris Smith, center, is a whistleblower who was awarded nearly $2.5 million. Lawyers David Marshall, at Smith's left, and Michael Filoromo, at his right, represented Smith.

A substantial whistleblower reward can change a client’s life in more ways than the obvious one. Sudden financial security is in no way “easy money,” says whistleblower Chris Smith, who grappled with mixed feelings from start to finish of his six-year journey.

“The process is scary,” says Smith, a government employee who reported wrongdoing in 2011 and was awarded nearly $2.5 million in 2017.

His case fell under one of two major types of whistleblower cases: those that can lead to awards for providing insider information to help the government recover money for taxpayers, investors and others; and the larger category that involves whistleblower retaliation suits, of which there are many varieties. The Occupational Safety and Health Administration alone administers about two dozen retaliation statutes, and there are others.

Smith’s case differed significantly from most whistleblower cases. He was the first government employee to receive an U.S. Securities and Exchange Commission award, according to SEC reports, and to date, he is one of approximately 75 whistleblowers to receive an award from more than 33,000 tips. In addition, he received the maximum award available under the statute because of his significant contributions to the SEC’s investigative and enforcement efforts.

When Smith noticed that a user of government services “appeared be manipulating good rules for bad behavior,” he says, he looked into it further. He discovered that the company was misusing SEC time-stamping rules to avoid paying investors the full amount owed—and that it had been going on for 15 years.

He didn’t work for the SEC, so he reported it internally to his agency but it had no jurisdiction. He tried contacting law enforcement agencies and then went directly to the wrongdoer, also to no avail.

See also: The ‘emergency room of law’: Protections are critical for whistleblowers and their lawyers

If the company had stopped its fraudulent conduct when he brought it to their attention, says Smith, “That would have been the end of it.” When that didn’t happen, he went forward, and the SEC fined the company $8 million under the whistleblower provisions of the Dodd-Frank Wall Street Reform and Consumer Protection Act.

“Although you feel protected by a whistleblower statute, there’s always something in the back of your mind, a feeling that you’re going to be exposed for what you did. You have to think about that when you decide to do this,” says Smith, who has a family to support and was concerned about his job security. In addition, he says, “No one wants to rock the boat. When you do, you realize there will be extreme pressure [on you]. What gave me solace is that deep down inside I knew I was doing the right thing.”

As are with most whistleblower cases, the investigation was a protracted process. For that reason, attorneys who represent whistleblowers say it can be a lot lighter lifting to file a tip, which could be just a few sentences online, than to undertake years-long litigation under the FCA.

For much of it, Smith says, he had a lot of anxiety because the government kept the proceedings under wraps.

“You’re in the dark during it. You keep wondering, ‘What’s going on? Did I do the right thing?’” says Smith, who was represented by Michael Filoromo and David Marshall, partners with Katz, Marshall & Banks in Philadelphia and Washington, D.C., respectively. “The key to managing your anxiety is your attorney. Mike and Dave kept me grounded.”

“My moral compass drove me in this situation,” says Smith, who had no idea he could receive an award when he reported the wrongdoing. “I was just hoping for a plaque or a letter of commendation. … Once they issue you that check, it becomes surreal.”

Updated at 1:34 p.m. to correctly identify the lawyers in the caption.