What comes next for law schools with two-year bar pass rates below 75%?

Of the 10 law schools that in 2020 received noncompliance notices for having two-year bar passage rates below 75%, half appear to again have pass rates that do not meet that threshold, according to ABA data released in April.

For 2020, decisions regarding ABA Standard 316, which addresses bar passage rates, were based on 2017 graduates. The council of the ABA’s Section of Legal Education and Admissions to the Bar has not yet determined bar pass compliance for 2021, but it will be based on 2018 graduates. In some cases, a law school with a bar passage rate below 75% may be able to demonstrate 316 compliance in other ways, such as showing a trend of improvement.

The five schools are:

Charleston School of Law accomplished that in February 2021. Larry Cunningham, the school’s dean, told the ABA Journal in an email they were able to demonstrate Standard 316 compliance with a class of 2019 pass rate above 75%.

“ABA Standard 316 sets a floor, not a ceiling. We are going to continue striving to improve our bar passage rate, which is an important outcome for students,” he wrote.

Patricia Bennett, the dean of Mississippi College School of Law, says the school recently submitted information to show its class of 2019 bar passage rate is now at 79.2%. She’s hopeful the council will find her school in compliance with Standard 316 when members meet this week.

According to ABA data, Mississippi College School of Law’s first-time bar passage rate for 2020 graduates is 66.6%.

When the law school received a noncompliance notice in May 2020, Bennett says, the council told her the school had until May 2022 to come into compliance; after that, it could impose sanctions or direct specific actions.

According to the 2019 memo, if a law school’s bar pass results are below 75% in the second year following a noncompliance finding, a hearing will be held and the council will determine whether it will withdraw accreditation or grant a time extension based on a finding of good cause.

Also, if a law school doesn’t have a two-year bar passage rate of at least 75%, there could be other ways to demonstrate Standard 316 compliance, such as showing a trend of improvement or proving the low pass rates were due to temporary circumstances out of a law school’s control. The pandemic could also be a defense.

Those factors are relevant but not necessarily dispositive, according to Bill Adams, managing director of ABA accreditation and legal education.

“What will be sufficient will be determined on a case-by-case basis,” he told the ABA Journal in an email. 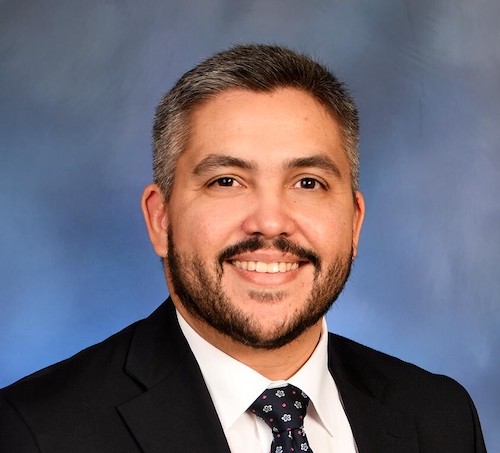 Pontifical Catholic University of Puerto Rico School of Law is scheduled to report to the council this week, according to Fernando Moreno Orama, the school’s dean.

“We are hopeful that we will comply with Standard 316 before the end of the two-year period,” he wrote in an email, adding that the class of 2018 took the bar exam shortly after Hurricanes Irma and Maria.

The U.S. territory has three law schools, and only one, the University of Puerto Rico School of Law, has a two-year bar passage rate above 75%. It’s 77.51% for 2018 graduates.

The data also shows five schools with bar passage rates at or above 75% for 2017 graduates but not 2018 graduates.

• The University of San Francisco School of Law, which has a 63.13% pass rate.

• Western New England University School of Law, which has a 64.79% pass rate.

• Barry University Dwayne O. Andreas School of Law, which has a 67.26% pass rate.

Out of those law schools, deans at Dayton, Barry, and Western New England told the Journal that they have bar pass rates above 75% for 2019 graduates. Susan Freiwald, the dean of USF School of Law, in an email stated they anticipate being in compliance with the class of 2019, and the law school’s first-time bar pass rate for 2020 graduates is already higher than 75%.