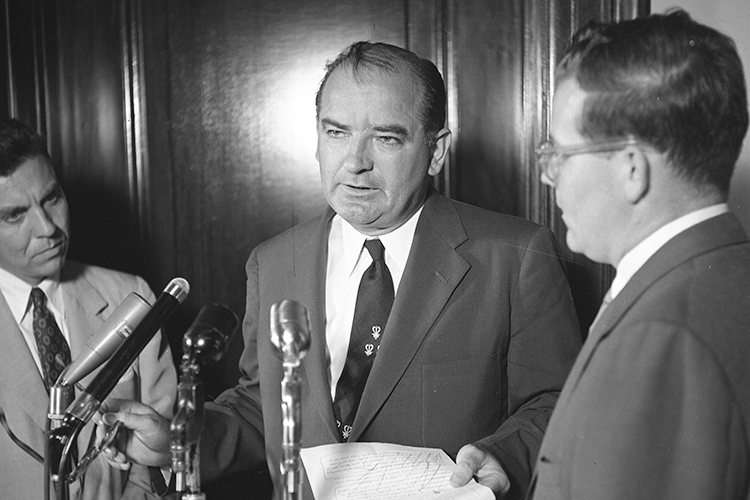 Sen. Joseph McCarthy (center) addresses the press in 1954. Photo from the Library of Congress.

What made 1950s America vulnerable to a man like Joseph McCarthy, a junior senator from Wisconsin? In Demagogue: The Life and Long Shadow of Senator Joe McCarthy, author Larry Tye takes an in-depth look at McCarthy's life.

Tye tells the ABA Journal’s Lee Rawles that his interest in McCarthy was piqued during his research for a previous book, Bobby Kennedy: The Making of a Liberal Icon. Ethel Kennedy’s memories of McCarthy were clearly fond ones. She recollected a man who doted on children, gave her husband his first real job, and “was just real fun.” It was a far cry from the depictions of McCarthy that are more generally known—of an overzealous Communist hunter who ruined innocent people’s lives. 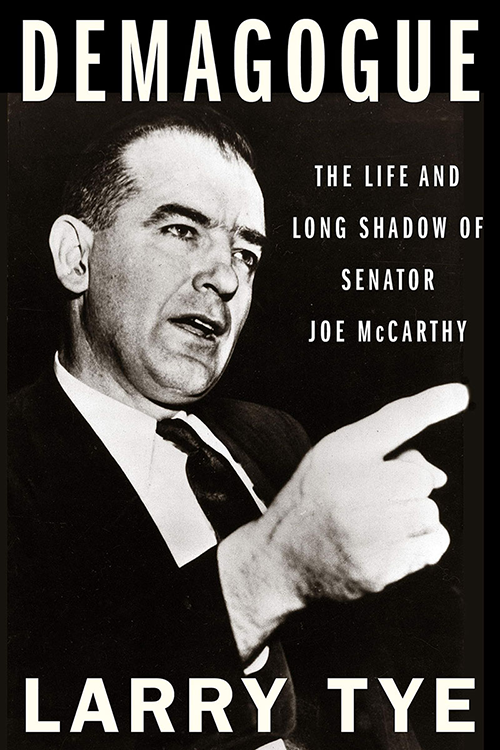 With access to military, medical and personal records that have never before been shared publicly, Tye was able to make a number of revelations. One of the surprises? McCarthy had told the truth about heroics during his military service in World War II—something that had been dismissed by many as another tall tale told by a fabulist. He also discovered that McCarthy’s death was due to alcohol withdrawal.

But Demagogue was not written solely to humanize a man who has become a cultural caricature.

“I seek not to redeem the Wisconsin senator but rather to unmask fanatics and fabricators on all sides in a way that presents a truer, more fully dimensional portrait of a figure so central to the narrative of America,” Tye writes in his introduction.

Tye interviewed victims of McCarthy’s hearings and their family members about the long-term impact the anti-communist investigations had on their lives. He identifies a number of suicides appearing to be primarily attributable to the investigations.

“Some call it just punishment that McCarthy the mudslinger fell victim to his own methods of smear,” Tye writes. “I find it ironic, and sad, that this senator’s inquisitions first muzzled America’s political left, then, once he and his ism had themselves been blackballed, undercut legitimate questions about security and loyalty. That McCarthy crippled anti-communism at least as much as he did communism was the singular thing that both Communists and anti-Communists accepted as fact.” 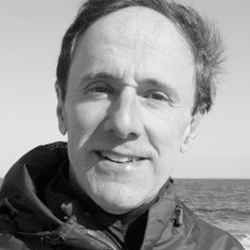 Larry Tye is is the author of Demagogue: The Life and Long Shadow of Senator Joe McCarthy. In addition to his writing, Tye runs the Boston-based Health Coverage Fellowship, which helps the media do a better job reporting on critical issues such as public health, mental health and high-tech medicine. From 1986 to 2001, Tye was an award-winning reporter at the Boston Globe, where his primary beat was medicine. Before that, he was the environmental reporter at the Louisville Courier Journal and covered government and business at the Anniston Star in Alabama. Tye, who graduated from Brown University, was a Nieman fellow at Harvard University from 1993 to 1994. He is currently writing a book entitled The Jazzmen: How Duke Ellington, Satchmo Armstrong, and Count Basie Transformed America.