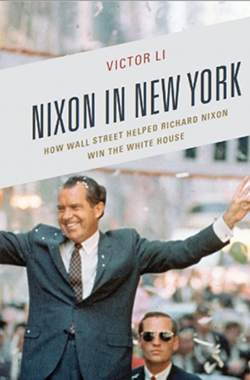 After losing both the 1960 presidential election and the 1962 California governor’s race, Richard Milhous Nixon vowed at a press conference: “You won’t have Nixon to kick around anymore” and seemed to have written the epitaph to his political career. He left for New York and became a partner in a white shoe law firm. Yet six years later, he would win the White House, in no small part because of that firm.

In this episode of the Modern Law Library, Victor Li explains to the ABA Journal’s Lee Rawles how Nixon leveraged his time at Nixon, Mudge, Rose, Guthrie & Alexander to resurrect both his political viability and the firm’s financial standing. He discusses his new book, Nixon in New York: How Wall Street Helped Richard Nixon Win the White House, and shares what it was like to have Nixon as a law partner, from piano/clarinet jam sessions to landing a huge client by getting Soviet Premier Nikita Khrushchev to drink a Pepsi.

Li also discusses potential comparisons between the Nixon and Trump administrations, and whether a candidate in today’s political climate could be successful using Nixon’s elections playbook. 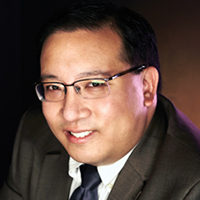 Victor Li has been an assistant managing editor at the ABA Journal since 2017 after joining the staff as a legal affairs writer in 2013. He previously reported for Law Technology News, The American Lawyer magazine and Litigation Daily. He is the author of the book Nixon in New York: How Wall Street Helped Richard Nixon Win the White House (2018). A former prosecutor in the Bronx, Li earned a J.D. from Tulane University School of Law, a M.S. from Columbia University School of Journalism and a B.A. in history from Amherst College.