What would it mean to impeach a president? (podcast) 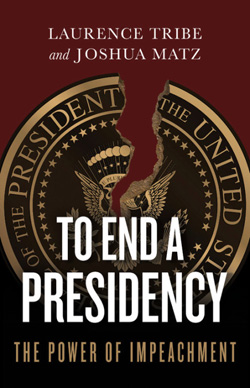 The authority to impeach and remove a U.S. president is one of the legislative branch's most powerful weapons. But in the country's history, despite many periods of open hostility between Congress and the executive branch, no president has been removed from office through the impeachment procedure. Why is that?

In this episode of the Modern Law Library, constitutional litigator Joshua Matz discusses To End a Presidency: The Power of Impeachment, a book he co-wrote with Laurence Tribe. Matz explains the debates the founders had over including impeachment in the Constitution; some of the lesser-known 19th-century impeachment controversies; and why he believes that the partisan use of impeachment rhetoric over the past 40 years has not been positive for U.S. democracy.

Matz also explains some of the other tools available to Congress to rein in the executive branch besides impeachment, the most common misunderstandings people have about impeachment, and some surprising generational differences that came to light as he and Tribe co-wrote To End a Presidency. 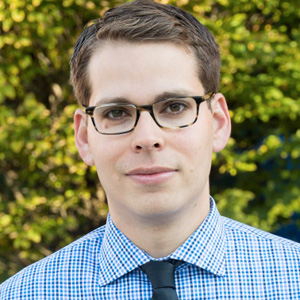 Joshua Matz entered private practice after serving as a law clerk to Justice Anthony Kennedy of the U.S. Supreme Court, Judge Stephen Reinhardt of the San Francisco-based 9th U.S. Circuit Court of Appeals, and Judge J. Paul Oetken of the Southern District of New York. Joshua is based in Gupta Wessler’s offices in Washington, D.C,. where he works as of counsel for the firm on a wide range of appellate and constitutional litigation projects. Matz and Laurence Tribe have co-written two books together: Uncertain Justice: The Roberts Court and the Constitution and To End a Presidency: The Power of Impeachment.