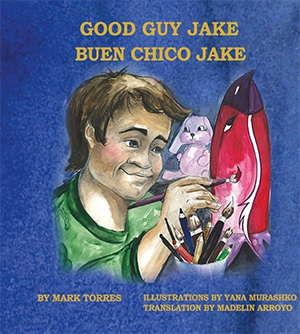 As general counsel for the Teamsters Union Local 810, Mark Torres spends his days arguing for workers' rights. But another of his passions is writing; he published his debut crime novel A Stirring in the North Fork in 2015.

So when he was approached by Hard Ball Press to write a bilingual children's book explaining the importance of labor unions in ways that kids could connect with, Torres agreed. Good Guy Jake (or Buen Chico Jake) tells the story of a sanitation worker who breaks the rules by taking toys from the trash along his route, but for a good reason: He fixes the toys and donates them to a local shelter so that children can have presents at Christmas. When Jake's manager discovers that Jake has been violating regulations, it's up to Jake's union representative, his lawyer and an arbitration judge to determine whether Jake has to lose his job or whether there's a more fitting solution to the problem.

Torres started his working life as a refrigeration engineer and member of Local 810, working for New York University. He earned his bachelor’s degree from NYU in 2003, then his JD from Fordham University School of Law in 2008 while continuing to work full-time. After a stint with Proskauer Rose LLP, Torres became the general counsel for the union he’d been a member of for so long.

In this episode of the Modern Law Library, he shares with the ABA Journal’s Lee Rawles what the process of writing a children’s book was like, why he feels it’s necessary for kids to learn about the modern labor movement and how the book has been received by kids and Teamsters alike. He shares what it was like to work with a publisher, and what it was like to self-publish and promote A Stirring in the North Fork. Torres also discusses how the serendipitous decision to have his book written in both English and Spanish meant that he and his publishers were able to send boxes of donated copies to children in Puerto Rico after the devastation of Hurricane Maria. 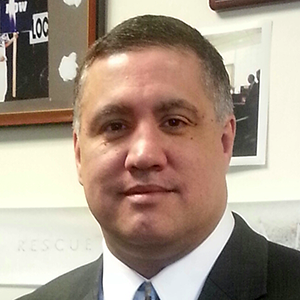 Mark Torres is general counsel to the International Brotherhood of Teamsters, Local 810 in New York City. His novel A Stirring in North Fork was released in December 2015, and he is the author of the children’s book Good Guy Jake.