Flight of the Fugitive: Why do we love watching suspects on the run? 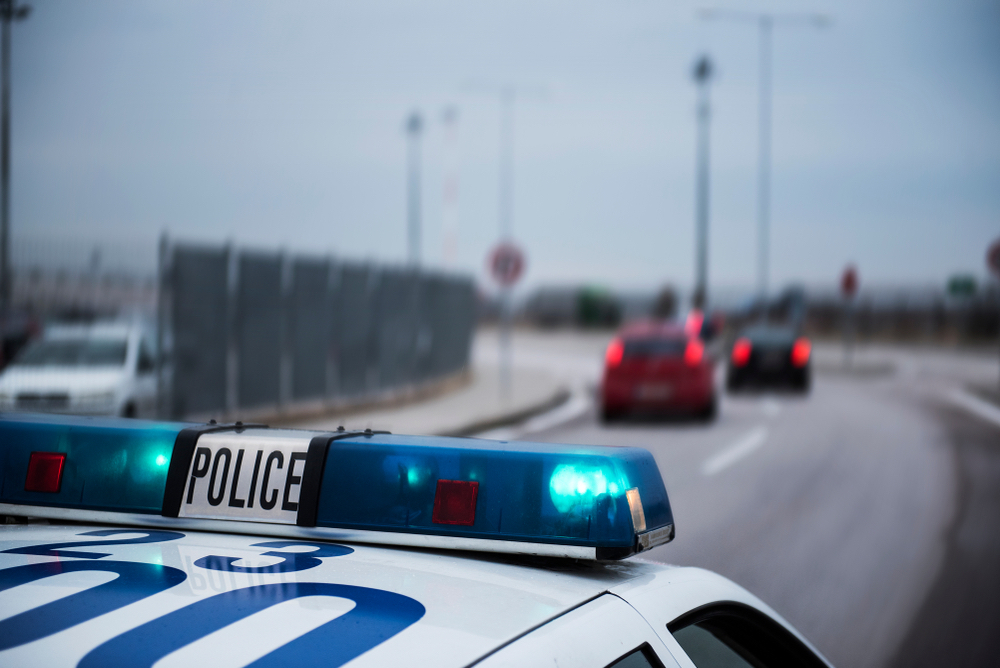 A recent news story from my home state revolved around a police officer terminated by his department for firing warning shots while pursuing a criminal suspect. At first glance, I was a bit confused. We live in a world where law enforcement literally fires directly at—sometimes killing—individuals who aren’t even fleeing, only to face an administrative suspension. Why would a cop get fired for firing off warning shots to try and stop an absconding suspect?

And then it hit me: There’s no need to make an inherently risky situation even more dangerous. Police chases can quickly end in property damage, significant bodily injury and loss of life. Why raise the stakes by initiating gunfire on an individual who may in turn fire back?

The situation got me thinking more about fugitives, police chases and the public’s apparent interest in watching these events unfold in real time.

Running With the Devil: The Wild World of John McAfee

Consequently, I went looking for some fodder for a column. As is often the case, I stumbled upon the “documentary” Running With the Devil: The Wild World of John McAfee while perusing various streaming services for the topic I had in mind.

I use quotes around the word documentary because it’s somewhat of a stretch to include Running With the Devil in that genre. It’s not great. I wouldn’t go so far as to call it outright bad, but it’s tailored to a specific audience and extremely disjointed. The film is oddly edited and produced, likely due to the guerrilla/gonzo nature of the chronicling process. Still, it felt like the program consisted more of interviews with the interviewers than with McAfee himself.

As its title would suggest, the program centers around John McAfee, the creator of McAfee antivirus software. It follows McAfee while he runs from law enforcement’s attempts to try and question him regarding the shooting death of his neighbor. Perhaps the nature of the documentary is so scattershot on purpose: It deals with an extraordinarily paranoid man whose actions and words give the impression that he is somewhat delusional and potentially unstable. In that vein, the presentation seemed solely focused on proving just how unbalanced McAfee can appear with a camera in his face.

Maybe the production team wanted to mimic McAfee’s mental state. Nevertheless, the interesting aspect here, at least from my perspective, was the prospective liability the reporter and cameraman could have faced for following McAfee on the run. Were they aiding and abetting, concealing a felony, or acting as potential accessories after the fact? Were they conspiring to harbor a fugitive from justice? It’s an interesting thought. McAfee died in 2021 while in jail on tax evasion charges.

True Crime: On the Run

Unlike Running With the Devil, I initially saw the advertisement for True Crime: On the Run during a commercial break while watching another program. It is a documentary special produced by ABC7 Eyewitness News in Los Angeles. I missed the initial airing Sept. 2, but I was able to view the segment online.

Whereas Running With the Devil focused more on the people creating the footage, True Crime: On the Run focused on those consuming it.

Before watching the video, I read through the fascinating facts the associated article laid out. For example, in 2020 alone, there was an average of six high-speed police chases per day in Los Angeles County. One in every four of those chases ended in a crash; in 40% of those crashes, at least one person was injured, and 15 people died. Some of those decedents were innocent bystanders.

To my surprise, my home state of Oklahoma was mentioned within the first two minutes of the show. Like so many rural towns here, Lamar, Oklahoma, is small—“population 168” small. The reporter met with Alisha Mankin, who had left California and moved to Lamar. Thirteen years ago, Mankin made news after Southern California TV news broadcast live video of her fleeing from law enforcement in a stolen U-Haul.

Mankin explained that she, as is so common in these circumstances, started to flee when she saw law enforcement potentially approaching. She began to abscond and decided not to stop due to her desire to escape the immediate consequences of her actions. For those familiar with the criminal mindset, this is common: Even though they may be fully aware of the potential ramifications of their law-breaking behavior, they will do whatever they can to delay that possible punishment.

Clocking in at about one-fifth of Running With the Devil’s run time, True Crime: On the Run was much more enjoyable and seemed to fit in exponentially more informative discussions regarding the history of high-speed chases. It also touched on the psychology of those who engage in these pursuits and those who enjoy watching them.

A fascination with fugitives

As such, one of the main questions explored by True Crime: On the Run is why we, the general public, are so enthralled by police chases. It’s more than likely a combination of multiple factors.

For one, we have a macabre fascination with the potential for death and destruction. It’s akin to watching a car crash. Actually, the association might even be more substantial; after all, one of the reasons so many individuals are excited by the chase is the potential of a crash. Consequently, the same reasons people have difficulty looking away from one influences why they are so infatuated with the other.

The second reason deals more with the excitement aspect I just mentioned. All in all, there is something enthralling about an outlaw. Think about it: There’s a good reason why historic desperadoes such as Billy the Kid, Belle Starr, Jesse James, Bonnie and Clyde, and various others have captured our collective imaginations for centuries. There is almost a romanticism attached to characters cut from that cloth, and there is a reason these personalities persist.

No matter how much we allow ourselves to get carried away with this superficiality, we must remember that severe real-world consequences arise from fugitives’ flight. It’s not uncommon for people to get hurt attempting to elude authorities. Moreover, even in situations where no one is seriously injured, there is always the possibility the chase began because someone had already been harmed or killed.

A longtime Oklahoma County deputy sheriff was shot and killed in August while serving an eviction notice. The alleged shooter eventually led law enforcement on a high-speed chase with all the trappings of a scene from Hollywood. The incident was so intense that NBC News picked up the body camera footage and aired it to a national audience.

The suspect was eventually captured, but the process to get to that result was harrowing. The bodycam footage portrays officers firing assault rifles through their patrol vehicles’ windshields, attempts to ram the suspect with a patrol cruiser, and various other methods meant to stop the fugitive.

As the reporter notes in True Crime: On the Run, there is an “unhealthy obsession” with high-speed chases, not just in Los Angeles but in most of the United States. Spee Kosloff, an associate professor of psychology at Fresno State, told CBS47 in Fresno that people watch car wrecks because “driving is a pretty boring activity” and “an accident is potentially a welcome distraction.” Maybe that same reasoning applies to life in general and the adrenaline surge viewers receive from watching a high-speed chase.

Still, we have to keep those events in context and remember there are potentially fatal consequences that preceded or that could result from these perilous pursuits.