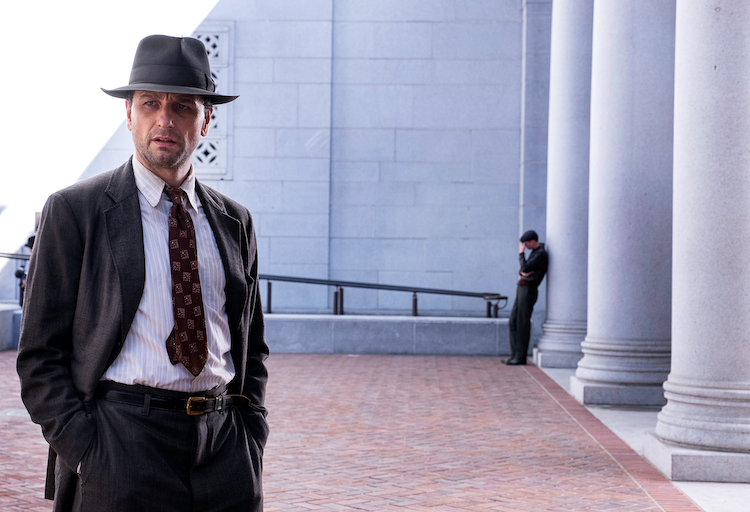 As I’ve often remarked, I love getting emails and calls from my readers—well, most of the time. Recently, I received a hateful message from another author criticizing my column regarding the CBS series All Rise.

In that installment, I discussed what I believe to be the proper procedure and protocols for protecting litigants and attorneys in courthouses during a pandemic. The critic—who will remain nameless—let me know, among other things, the following:

When I receive this type of correspondence, I just laugh it off and shrug. It comes with the territory. I’m not in the business of either criminal defense or writing to make friends, and I know everyone doesn’t share my opinions. That’s OK.

However, most of the communication I have with my readers is very positive and insightful. A couple of months back, another individual reached out to me regarding a column I wrote regarding the best Perry Mason episode (“The Case of the Lucky Loser”). He offered me some perceptive feedback:

That take made me step back and realize I had missed a golden opportunity to dive into the differences between the source material (the original literary series dating back as far as 1933—which ABA Publishing began reissuing in 2015) and the CBS television series that ran from 1957 until 1966. Perhaps I’ll take a look at that in a future column. For now, though, I at least have the new Perry Mason series currently streaming on HBO Max.

A unique take on a classic

The most recent Perry Mason iteration premiered June 21, 2020, on HBO. The series portrays Mason’s origin story: He’s a down-and-out private investigator struggling to make ends meet after being dishonorably discharged from World War I service. Matthew Rhys stars in the titular role, and he makes the most of the opportunity with a smart mouth and a consistent sense of the ever-approaching forboding.

Set in 1932 Los Angeles, Perry Mason thrives in the atmosphere so masterfully created by the production team. The sets are beautifully nostalgic. Everything from the automobiles to the wardrobe and the other various props are precisely what I would expect from a 1930s period piece. The cinematography is dark and grimy. Even scenes set during the day seem to be cast at sunset to keep the noir factor at the perfect level.

I’d seen only the first two episodes when I wrote this column, but I fully intend to watch the remainder of the first season. While the series is more a crime/detective drama than a legal drama thus far, there are enough courtroom aspects to keep the genre hounds at attention. And honestly, the show is exceptionally well put together.

HBO’s initial episodes show Mason hired to investigate a sensational child kidnapping/murder case, which opens up more closets than any party anticipates. John Lithgow plays the part of E.B. Jonathan, an attorney who regularly employs Mason to assist in his cases. Loyalists to the Perry Mason mythos are also reintroduced to a couple of familiar names: Della Street (played by Juliet Rylance) and Paul Drake (played by Chris Chalk).

In the classic CBS television series, Street played the role of Mason’s secretary, while Drake was his private investigator. As such, it’s interesting to see the reimagined introductions between the players: Street is still a secretary but initially works for Lithgow’s character, and Drake is an LA beat cop. I say “reimagined” because, for all of my research, I can’t find any other account of Perry Mason’s fictional genesis.

It seems that Gardner never created a backstory for his most famous character. Perry Mason exited the literary womb cross-examining witnesses and winning jury trials against all odds from all accounts. Consequently, producers gave HBO a blank check on which to write Mason’s humble beginnings, and their choice is perfect.

Giving Mason the backstory of a farm boy thrust into the Great War only to see his military career ended on unsavory terms provides the character a fantastic basis for his grit and toughness. Having him move on to a career as a resourceful private investigator helps explain his uncanny ability to see past the obvious and discover the truth that others so often overlook.

Law as a second career

This version of Perry Mason is far from being the first or last series to feature an attorney who enters the practice of law as a subsequent career choice. To be fair, the vast majority of individuals who attend law school have a background in some other area. As for me, I had worked as a waiter in restaurants. I started waiting tables in my early high school years and continued all the way through college.

I feel as though my background in hospitality and customer service gave me the ability to read people and anticipate their needs to a certain degree. More than that, though, my years working as a waiter also taught me quite a bit about taking criticism, even when you aren’t the one responsible for the event that caused it, and letting that roll off your shoulders.

I’d be lying if I said that skill hadn’t come in handy with plenty of judges over the years. Having a background in other fields is extremely helpful, especially in areas of practice like mine (criminal defense), where you need a wide range of knowledge on various subjects and issues. Since you’re very often in situations that require you to cross-examine people from different employment fields with various backgrounds and life experiences, it helps to have a framework to draw from.

What thoroughly impresses me, though, are those who leave another professional endeavor to pursue the practice of law. I remember going to class as a first-year law student and meeting a relatively older fellow student named Sue. She was very friendly and easy to talk to, and I could tell she was extremely intelligent. As we began talking about our paths to law, I learned that she was a licensed medical doctor. I was blown away.

I couldn’t believe that someone would: 1.) pass up (what I imagined to be) a very lucrative career in medicine to change course; and 2.) put herself through additional years of intense education and the stress that accompanies it. I asked point-blank why she decided to leave medicine, and she informed me that “leaving” wasn’t her intention.

She explained that working in medicine showed her all the deficiencies in that field, and she felt the best way to make a difference was to educate herself in order to tackle some of the administrative problems she often encountered.