A look at HBO’s 'The Undoing' and bail reform 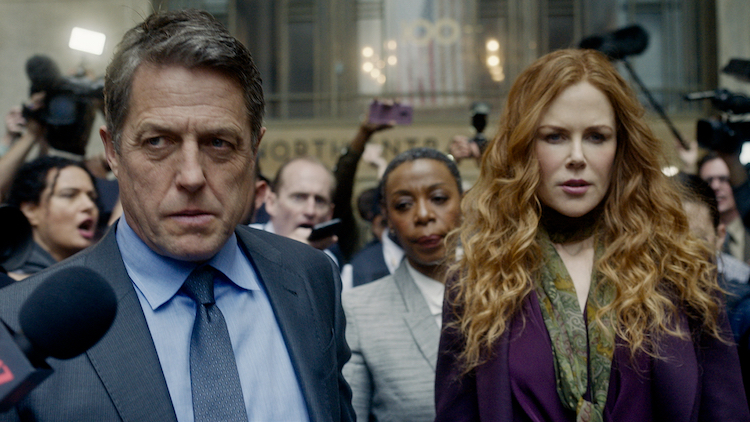 Hugh Grant as Jonathan Fraser, Noma Dumezweni as Haley Fitzgerald and Nicole Kidman as Grace Fraser in The Undoing. Photo from MovieStillsDB.com.

Here in Oklahoma, I’m watching snow flurries continue to dump in a manner I haven’t witnessed in a decade (2011 was the last time we came close to anything blizzard-like). I lived in Eagle County, Colorado, for a while after undergrad, and this current snowstorm is the closest thing I’ve experienced to that kind of weather since I left. To be completely honest, we aren’t built for this type of temperature.

Nevertheless, as I sit here typing, myself, my wife and my toddler are stuck inside, holed up by the fireplace as we brave the 2021 “Snowpocolyspe” gripping much of the central United States.

Consequently, we’re making use of our time by catching up on a few of the original series we’ve been following. One such show is The Undoing. After all, what better way to spend Valentine’s Day weekend than bingeing a show about love, lies, infidelity and murder?

The series—based on the 2014 novel You Should Have Known by Jean Hanff Korelitz—premiered on HBO Oct. 25, 2020. The Undoing stars Hugh Grant as Jonathan Fraser, an oncologist suspected of murdering an enigmatic woman named Elena. Nicole Kidman co-stars as his wife, Grace Fraser, a successful Manhattan psychologist caught in the middle of a murder mystery.

The miniseries consists of six parts. Each episode runs for approximately one hour, which offers the perfect palette for fleshing out the story—if not the characters altogether—while inevitably presenting enough cliffhangers to keep viewers hooked and looking forward to the next installment.

I’ve been contemplating different aspects of the show for my “law and pop culture” series. The Undoing boasts more than a few legal elements. After all, the plot revolves around an alleged murder, the investigation into potential suspects and the resulting prosecution. Yet, it wasn’t until the fourth episode that I could sink my teeth into something interesting enough to catalyze a column.

By this point in The Undoing, Jonathan is law enforcement’s prime suspect. The fact a paternity test reveals he fathered the murdered woman’s young daughter, coupled with his termination from the hospital where he practices (due to inappropriate contact with the deceased), gives the probable cause necessary to arrest him and move forward with formal charges. By episode four, he has been taken into custody, brought to court and arraigned.

The judge sets Jonathan’s bail at $10 million bond or $2 million cash. Grace’s father (played by Donald Sutherland) puts up the bond money at Grace’s request, but not before visiting Jonathan in jail and explaining that he will kill him himself if he absconds or does anything to further harm his daughter. Consequently, Jonathan can still hire high-powered defense attorney Hayley Fitzgerald (played by Noma Dumezweni) to represent him at trial.

Luckily for Jonathan, he isn’t faced with the dilemma that crushes so many defendants in our justice system. For charges like this, one needs counsel with the experience and skill necessary to create a plausible defense and navigate the defendant through the treacherous sea of criminal liability.

Countless inmates are forced to choose between posting a large bail or spending those funds on effective legal representation—if they even have the funds. As I’ve previously written, most individuals aren’t wealthy enough to afford such a high bond and then have funds left to retain a qualified attorney. 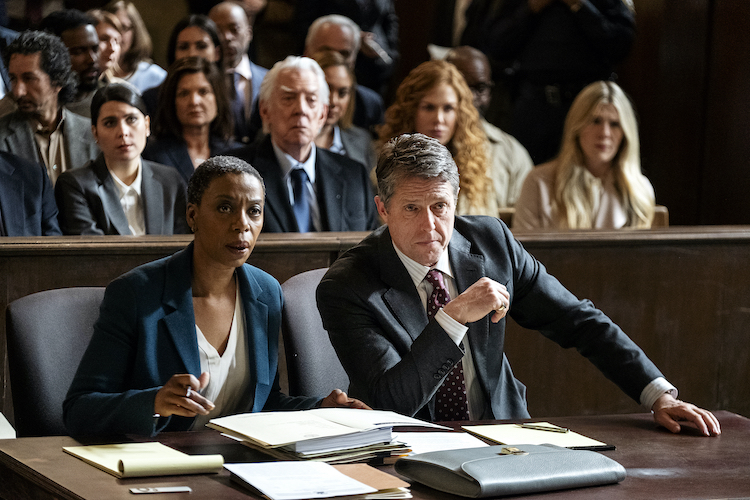 Noma Dumezweni as Haley Fitzgerald and Hugh Grant as Jonathan Fraser in The Undoing. Photo from MovieStillsDB.com.

By enacting the 1966 Bail Reform Act, Congress created a statutory right for all defendants (not facing capital charges) to be released on their own recognizance or upon the execution of an unsecured appearance bond. This legislation was followed by the 1984 Bail Reform Act, repealing the 1966 act.

I am totally against a system of “debtor’s prisons” (incarcerating individuals for probation violation warrants where the only “violation” is a technicality such as failure to pay court costs). Keeping defendants incarcerated with bond because they’ve failed to pay their financial obligations to the court or the prosecution is insane. If they can’t pay their financial obligations in the first place, then they surely can’t afford bond.

Moreover, some of the bail system’s perceived inequalities have become more apparent in light of the current COVID-19 pandemic. Locally, we’ve seen a measurable increase across the board regarding inmates released on personal-recognizance bonds. These bonds have certain conditions defendants must abide by lest they risk a court revoking the bond and substituting a cash/surety bail in its place.

Personal-recognizance bonds are the correct position to take in light of a public health emergency; however, even as a criminal defense attorney, I’m not entirely sold on widespread bail reform to the same degree as many of the movement’s proponents.

In federal court, defendants usually are either detained without bond or granted an unsecured appearance bond. The unsecured bonds work because U.S. Probation and Pretrial Services system does a great job with pretrial supervision. State courts don’t always have the same resources. As such, there is more incentive for using cash and surety bonds as a default. That incentivizes the commercial bail bond industry, which can act as a privatized pretrial supervision service.

According to the Marshall Project, although “many countries continue to use cash bail, the United States, minus four states, and the Philippines are the only ones with a commercial bail industry.”

Some states have tried to enact and implement widespread bail reform laws to curb the incentive for commercial bail companies while simultaneously ensuring that defendants won’t be jailed indefinitely pending conviction merely due to their economic status. In February, Illinois became the first state to completely eliminate cash bail, preventing judges from setting any kind of bond for a defendant charged with a crime, making it the furthest reaching legislation of its kind.

New York also passed sweeping reforms. In April 2019, the state reduced the number of crimes for which a judge could impose bail was limited to mostly violent felonies. Persons accused of committing any other crime—approximately 90% of the state’s arrest—were allowed to walk free as they litigated their cases.

New York’s legislation seemed to work at first. Then came reports of a 22.5% spike in crime. Moreover, according to the Marshal Project, NYPD numbers showed that “482 people who had been arrested on charges where cash bail was prohibited went on to commit 846 new crimes.” The numbers and the reports could be subject to various other factors. Notwithstanding, the underlying issue is that bail reform will always be politicized, and both sides of the argument will always be skeptical that the other is potentially manipulating the system.

Which brings me to my proverbial soapbox: We need a widespread bail system in the United States in one form or another. Think about it: I’m taking that position even though it goes against my pecuniary interest. If my clients didn’t have to pay a cash bond or a commercial bonding company, they would arguably have more funds for my legal fees and their defense as a whole. Nonetheless, I know the benefit a bond can bestow.

I can’t tell you how many times a client has contacted me with an excuse as to why they can’t (or don’t want to) appear in court. To be fair, those excuses are often economic in nature. Even so, it seems the only way to reason with defendants in that situation is to remind them their bond will be forfeited if they fail to appear. Subsequently, they will lose whatever cash previously paid to the court or the premium and collateral given to the bonding company.