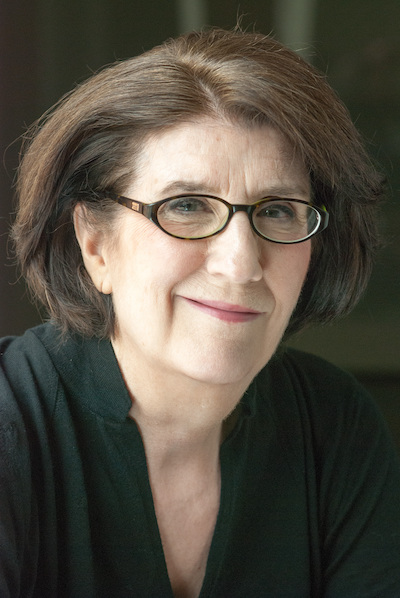 Carolyn Cox tells me what she loved the most about practicing law was “hands down trying to figure out what the facts were.” She adds with a chuckle, “I was always so excited when we would get a delivery of big boxes of documents.”

Cox retired in 2009. But those beloved deliveries didn’t stop. She wrote the recently published book The Snatch Racket: The Kidnapping Epidemic That Terrorized 1930s America. Her six-year effort included making more than 150 Freedom of Information Act requests to the FBI.

Any discussion of kidnapping during the early 20th century, of course, calls to mind the March 1932 abduction and killing of the 20-month-old son of pioneering aviator Charles Lindbergh and his wife, Anne. But as Cox demonstrates, kidnapping for ransom extended far beyond the “crime of the century.”

In The Snatch Racket, Cox recounts, in prose that can stand up to a bestselling legal thriller, several kidnappings that were part of the national spree in the early 1930s. Fear was rampant. Some wealthy Americans hired armed chauffeurs and bodyguards, and sent their children to school abroad. Cox’s coverage of the Lindbergh case, including the negotiations for young Charlie’s return and the search for the culprits through the tracking of serial numbers on the ransom money, is engrossing.

By also focusing on the investigations to hunt down the abductors of the affluent, Cox provides a story within a story: J. Edgar Hoover’s exploitation of the hysteria to build the reputation of the FBI as well as his own as the nascent organization’s first director.

Cox’s extensive sourcing is on display with the book’s 850 endnotes.

Lawyers, even the ABA, are part of the drama

In a phone interview from her home in the nation’s capital, Cox, 71, discussed this nearly century-old chapter in American crime history. And as it turns out, lawyers played an important part in the state of affairs. “The first person that Lindbergh called after the police was his lawyer,” Cox tells me. Even the ABA had a brief but not insignificant cameo in the national emergency when it convened a special meeting to discuss the crisis.

Cox explains that it is impossible to confirm the number of kidnappings in the United States during this period. Based on a national survey undertaken by the St. Louis Police chief combined with projections, it was often reported at the time that there were 3,000 in 1931 alone. But regardless of whether that number was precise, there was no disputing that the situation had reached crisis level.

The proliferation of kidnappings grew out of necessity, Cox explains. “By 1931, it was clear that prohibition was in its last days. … There was a real panic about how these criminals and their symbiotic relationships with the police and local governments were going to be funded.” Gangsters, who had previously limited kidnapping to others of their ilk, turned to abducting “legitimates” to fill this impending monetary void.

Cox’s recent foray into nonfiction writing was a long time in the making. She graduated from Yale Law School. But the Nashville, Tennessee, native didn’t go to New Haven looking to earn a ticket to practice law; she sought to become a journalist. However, at that time, Cox explains, “If you wanted to work for a newspaper and you were a female, you pretty much were [assigned to cover] food or fashion.” But that didn’t interest her. “I figured that if I graduated from law school, they’ll have to let me write about something else,” she says.

But a clerkship with a federal district court judge in Alabama changed Cox’s trajectory. It was while clerking and seeing trials every day, Cox tells me, “that I ever thought about being a lawyer.”

Following her stint in Montgomery, Cox came north and went on to a 34-year career as a commercial litigator at Washington, D.C.’s Wilmer, Cutler & Pickering, which later become known as Wilmer Cutler Pickering Hale and Dorr after the firm’s 2004 tie-up with Boston-based Hale and Dorr. 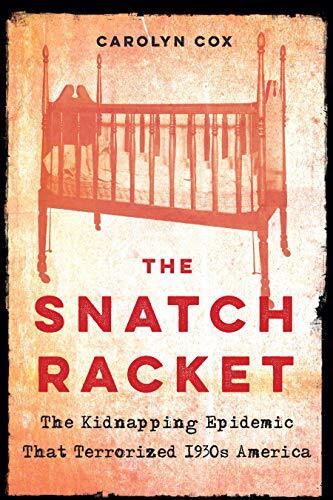 After retiring at 60, Cox says she had “a great opportunity to devote however much time I wanted to solving whatever problem seemed to me to be an interesting one.” While she can’t pinpoint specifically where the curiosity came from, she chose “the relationship between the FBI and kidnapping.” After concluding that there was a dearth of titles on the subject, the former litigator was on her way to writing her first book.

In The Snatch Racket, Cox describes the kidnapping of Dee Kelley, a prominent St. Louis physician. One evening in April 1931, Kelley received a phone call requesting that he come to the aid of a young boy with an earache. It was a ruse. Kelley was abducted on his way to the house call.

A ransom note was sent to Dr. Kelley’s wife, Kathleen, advising her to contact a certain criminal lawyer in town. Mrs. Kelley, seeking her own go-between, got a recommendation to contact Charles Karch, an Illinois lawyer who sometimes represented gangsters. Karch took the job on payment of at least $7,500 (more than $126,000 in 2020 dollars) and the condition that he could do what was needed without sharing his activities with Kelley’s family. The doctor was released unharmed a week later.

Cox says families of kidnapping victims routinely retained a lawyer to assist with getting their loved ones back. There was a “widely held belief at the time,” she writes, “that retaining a licensed lawyer to advise a kidnapping victim’s family protected them from possible criminal charges for paying the ransom and helping the kidnappers escape.”

Lawyers played other roles to help get kidnapping victims returned safely. On New Year’s Eve in 1930, Adolphus Busch (“Buppie”) Orthwein, the 13-year-old grandson of brewing magnate August Anheuser Busch Sr., was kidnapped near his home outside St. Louis. Cox tells me the first thing Buppie’s father did after his son was taken “was call his lawyer.”

Percy Orthwein was an advertising executive. “He considered getting Buppie home to be a big business transaction,” Cox says. “He needed his lawyer there to help him plan his steps.” Buppie was released the next day.

In August 1933, the ABA called a meeting of its members to address the rampant kidnappings facing the nation. Pat Malloy, an assistant U.S. attorney general, asked to speak at the Michigan gathering. He announced a Justice Department proposal to place all law enforcement officials in the country under the command of the president and attorney general.

“One after another,” Cox writes, “horrified lawyers and judges stepped to the podium to denounce the proposal as patently unconstitutional.” Malloy was fired shortly thereafter.

That lawyers sometimes had a role in events surrounding kidnappings did not go unnoticed by the Justice Department. In September 1933, Attorney General Homer Cummings served notice on the profession: “When we can prove improper connection between members of the bar and criminals we are trying to run down, they will be punished if there have been violations of the law. In other cases, they should be disbarred from practice.”

Despite the gravity of what had become an epidemic, President Herbert Hoover had opposed federal kidnapping legislation. Kidnapping was already a state crime, and he was against expanding the footprint of the federal government.

But all that changed after Charlie Lindbergh was taken. Less than four months later, Congress passed the Federal Kidnapping Act, also known as the Lindbergh Law, which made it a federal crime, among other things, to transport a kidnapping-for-ransom victim across state lines.

J. Edgar Hoover now seemingly had the tool needed to place the FBI’s criminal investigation prowess in the national spotlight. But two problems remained for the bureau’s man at the top.

First, because kidnappings were local, the director needed a way to get involved. He went so far as to publish advertisements in newspapers with the phone number of the FBI’s D.C. office, inviting citizens to report kidnappings to him. Hoover took the calls personally. It was, Cox writes, “a bold, brilliant move.”

The second challenge for Hoover was that the vast majority of kidnappings did not involve the transportation of victims across state lines. He solved this jurisdictional dilemma by simply ignoring it. In a July 1933 memorandum to Cummings, Hoover wrote that “some of these cases may develop into federal cases, and we will then have the advantage of having all information from the beginning.”

Cox writes that some of Hoover’s jurisdictional arguments were “entirely specious.” But as she notes, “Who was going to complain that the FBI was trying to catch too many kidnappers?”

Cox’s work contains abundant accounts of Hoover’s doggedness and “sharp elbows,” in her words, to make kidnapping the FBI’s signature crime. In just under three years, the federal government’s self-described “war against kidnappers” had been won.

If other federal agencies had been given the same powers by the Lindbergh Law, they could have done what the FBI did, Cox says. But she adds, “It is not clear to me that just any other agency would have. Hoover was personally invested, in my opinion, in making the success of kidnapping investigations.”

For Cox, whose favorite thing about practicing law was trying to figure out the facts, it didn’t hurt living in proximity to the National Archives. “They would bring the documents up to you in these enormous library carts. The more boxes on the carts, the more exciting it was,” she says with a laugh.