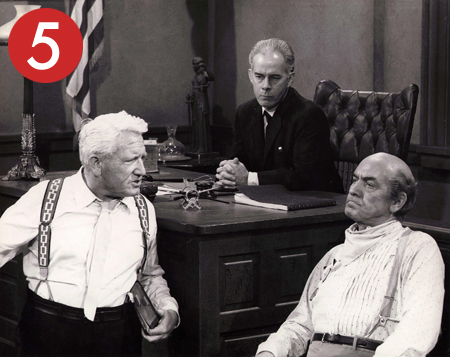 The film, adapted from a 1955 play by Jerome Lawrence and Robert E. Lee, is a fictionalized account, and the characters’ names are changed, however slightly (Tracy’s Darrow is Henry Drummond, and March’s Bryan is Matthew Harrison Brady).

But much of the courtroom testimony was taken straight from the trial transcript. Nor have Americans evolved much; 80 years later a federal judge in Pennsylvania was forced to rule on “intelligent design.”

Trivia: “He that troubleth his own house shall inherit the wind.” Proverbs 11:29