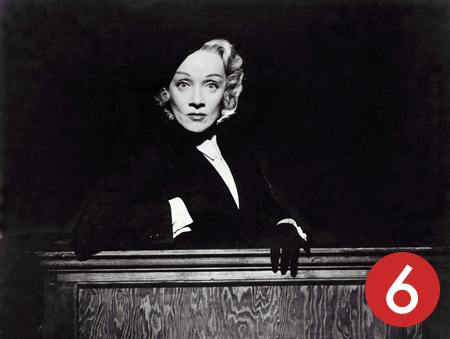 Witness for the Prosecution (1957)

The legendary Billy Wilder (Some Like It Hot, The Apartment) directs from a script by the legendary mystery writer Agatha Christie. But it’s the legendary Charles Laughton who fills the screen as the pompous barrister who is supposed to be retired after recovering from an illness but can’t resist taking a puzzling murder case.

Real-life wife Elsa Lanchester is his sharp-tongued nurse, and the two sparkle as they verbally spar. Tyrone Power is the playboy defendant; Marlene Dietrich is his wife and, surprisingly, the witness in question. It’s not the only surprise, as befits a Dame Agatha story. Watch for yourself.

Trivia: Nominated for six Oscars. Dietrich was crushed not to be among those nominated.