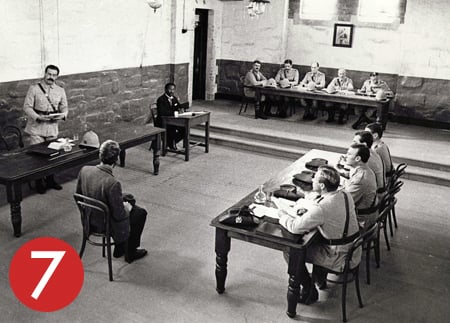 Australian director Bruce Beresford adapts the story of three fellow coun­trymen who fight for the British Empire in the colonial Boer War in South Africa and are tried and convicted of war crimes.

The issues raised in the 1901 guerrilla-war trial echo through decades of 20th century wars: Which orders to follow, which civilians are the enemy, etc. Includes outstanding performanc­es, es­pecially by Edward Woodward and Bryan Brown as the Australian officers and by Jack Thompson as their disheveled defense attorney.