Once someone needs a lawyer, negative views of the profession fall 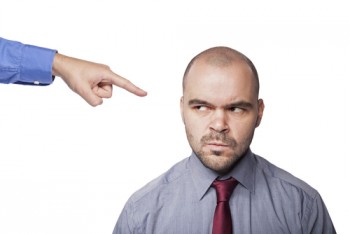 “I’m happy to be here and talk to you about how you all suck,” said Nika Kabiri, Avvo’s director of strategic insights.

No, Kabiri hadn’t been hypnotized by some Las Vegas magician into thinking she was a waitress who hurls abuse at the customers.

Instead, Kabiri’s Saturday morning speech during the final day of Avvo’s seventh annual Lawyernomics conference was directed at the lawyers in attendance. And she wasn’t telling them that they sucked, per se. Instead, her talk, entitled “Do Lawyers Really Suck? What People are Thinking about You, and Why it Matters,” was about public perceptions of lawyers and what consumers expect from them.

“As far as most people are concerned, lawyers do suck,” Kabiri noted. “For them, lawyers rank about the same as car salesmen.”

However, Kabiri pointed out that, based on her two years of research into what legal consumers want and how they perceive lawyers, that antipathy was absent once someone realized that he or she needed a lawyer.

“When you talk to the right group of people, it’s clear that lawyers don’t suck,” said Kabiri, who found that only 15 percent of people who had legal issues had a negative view of lawyers.

In fact, many consumers don’t even want to hire a lawyer because they believe they can do it themselves. As Avvo founder and CEO Mark Britton said during his morning “State of the Union” address at the Wynn Las Vegas, 59 percent of people Avvo surveyed said they went online to try to solve their legal issues themselves. Avvo also found that, even when people did want to speak to a lawyer, they only wanted some basic information because they ultimately wanted to handle things themselves.

Britton stated that Avvo’s latest offering, Avvo Legal Forms, which officially launched on Thursday, was designed to steer consumers away from paid DIY legal sites like LegalZoom and into the Avvo network for up-selling purposes.

“Let’s get consumers talking,” Britton said. “A lot of people think they want free legal advice; what we have to is get them talking to lawyer and start the conversation.”

A big part of why people don’t like lawyers is because the process of hiring one can be highly unpleasant. Kabiri found that two-thirds of consumers are genuinely stressed out about finding the right lawyer, to the point that they don’t want to bother with the pressure of hiring one. As such, she argued, lawyers need to know what customers are looking for and what they want out of the attorney-client relationship.

According to her research, one-third of all consumers want their attorney to be their savior and do everything for them, while 15 percent want to be in charge and see their lawyers as their employees. That leaves a slight majority of consumers who want to have some kind of collaborative partnership with lawyers.

Kabiri also found that consumers were mostly interested finding lawyers that could deliver results. She said consumers have several things in mind when they look for a lawyer, including being determined to help, allowing clients to take control of their situations, offering free consults and having lots of experience. However, being able to deliver results was the runaway winner. Conversely, consumers were less interested in lawyers that described themselves as “aggressive,” “tough,” “trustworthy” or “compassionate.”

In that regard, Kabiri encouraged the lawyers in attendance to tell consumers what they can do for them, as well as be mindful of what they want out of the attorney-client relationship.

“Ignore the preferences of new legal consumers at your peril,” Kabiri said.

Updated on April 14 to change the headline.