Barring a successful write-in candidate, Satana Deberry will be Durham, North Carolina’s next prosecutor. Previously a defense attorney, she is a part of a reform-focused cohort from both major parties. These district attorneys are not running on the usual “tough on crime” platform. Instead, they see the role of prosecutor as more than merely securing a conviction.

Looking to make a change, Deberry, a Democrat, says an innovative district attorney’s office “has a great deal more transparency and interaction with community stakeholders.” With this approach, focused more on community outcomes than what happens in the courtroom, Deberry plans to take on some of the biggest issues in criminal justice: money bail, racial disparities and community-police relationships.

She admits she can’t work magic. But Deberry believes she can work with government leaders and the community to lead her office in a new and positive direction.

As a growing group of prosecutors address a broader set of complex issues, there is a need for fresh thinking within a DA’s office. By adopting the innovation office model, DA’s make their vision a reality through an intense focus on data collection, holistic approaches to prosecution and rigorous evaluation. Such an approach could not only free up resources but also can instill a culture of innovation, building a more just and equitable criminal justice system. 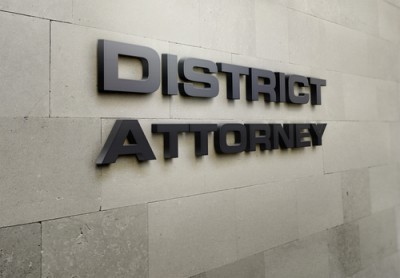 Over the past decade, innovation offices have helped government bodies spur new thinking and creative problem solving. However, district attorney’s offices have been slow to adopt this trend. According to govtech.com, as of 2014 there were more than 20 innovation offices in local and state government. The Obama administration created positions like the national chief technology officer, as well as organizations like 18F and the U.S. Digital Service to improve how government uses technology.

Each of these positions and organizations are a little different. There’s no clear definitions of government innovation offices, explains Debra Lam, Pittsburgh’s first chief innovation officer and now the managing director of Smart Cities and Inclusive Innovation at the Georgia Institute of Technology.

She says that “CXO” positions—chief data/information/innovation officer—are contextually defined by where they sit in a government agency and how they’re operated.

Filling a newly created position in western Pennsylvania in 2014, she had a dual role of running the Steel City’s IT department and developing new projects on citizen communication and open data.

In Kentucky, Ted Smith, whose titles from 2011 to 2016 included Louisville’s innovation team director, says his mandate was to “go work on hard problems.”

“I’d tell everyone my job is to collect ‘worst lists,’” Smith says, as opposed to the “best of” lists that chambers of commerce compile to entice new residents. “Those [worst of] lists are a roadmap for the innovation office.”

Regardless of their projects, Lam and Smith were tasked to overcome conventional wisdom around pressing problems. Prosecutors’ offices around the country could benefit from something similar.

“Very few actors in the legal system wish to have their work scrutinized,” says Christopher Griffin, research director of the A2J Lab at Harvard. “So much of how civil and criminal law unfolds … is on the basis of conventional wisdom and a sense from the bench and the bar that the way that we have always done things is the way we should continue to do them, without having that scrutiny.” 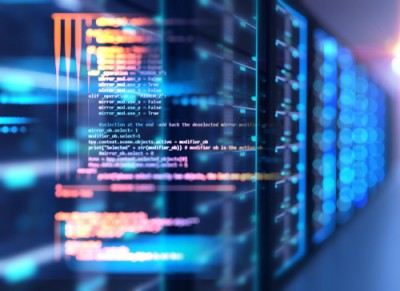 When Cyrus Vance Jr. became the district attorney for Manhattan in 2010, “there was no ability to analyze data in any meaningful way,” says chief assistant district attorney Karen Friedman Agnifilo. She explains that they inherited a “very paper-driven” office and even if data existed it did so in silos among various criminal justice actors, like corrections, courts and police. What data they did have was not easy to search or use.

Agnifilo says it took six months to build a system that could pull data from various sources and make it operational. This system had a ripple effect. The newly compiled information indicated that the office was disproportionately impacting communities of color, which led to changes in who was charged and with what.

Manhattan also used datasets to compile a target list, says Chauncey Parker, executive assistant district attorney. This allowed prosecutors to be more targeted and focus on 20 people at a time causing an outsized amount of crime. The office released a Models for Innovation report in March.

Beyond data capture, use and release, innovation offices should employ holistic teams to improve the office’s efficacy and public safety. Daniel Medwed, professor at the Northeastern University School of Law in Boston, argues that the medical model provides some guidance. He says a good hospital will have a team—nurses, psychiatrists, pain management experts, etc.—that works together throughout a procedure that treats a patient holistically.

In a district attorney’s office, a holistic team may include a prosecutor, a social scientist, an appellate expert, a victims’ rights advocate, a liaison to the police department and someone working in the community, like a social worker. Having multiple viewpoints assess an investigation can help avoid the prosecution of weak cases or find rehabilitative alternatives for defendants to address addiction or other underlying causes of criminal behavior.

Regardless of the approach an office takes, experts agree that evaluation is critical. However, the key metric should not be conviction rates.

Focusing on convictions alone “doesn’t tell you if you are achieving public safety or if you are fair,” says Meg Reiss, executive director at the Institute for Innovation in Prosecution at John Jay College in New York.

“We do not look at win-loss records,” says Maricopa County, Arizona, District Attorney Bill Montgomery, a Republican. Instead, he assesses the judgement of his prosecutors and how they handle cases.

The team from the Manhattan DA’s office also said convictions were not a driving metric.

Medwed promotes qualitative satisfaction surveys to gain insight into how defendants and victims felt treated by prosecutors and the legal system. For internal auditing, he recommends conviction integrity units to proactively assess whether prosecutors convicted the right person.

Reiss notes that professional responsibility units can examine an office’s internal processes and procedures to catch problems faster than the local bar’s disciplinary committee. Their findings can become a curriculum for the office.

Griffin at Harvard adds that third-party, independent evaluation will carry the most weight in validating a new idea or process, which is key to broader adoption.

The approaches can create a feedback loop that fosters culture change within an office, but it won’t be easy.

Having spent over eight years in Vance’s office, Agnifilo says changing the culture “felt like trying to steer a battleship.” However, slow, steady and incremental changes allowed for training and education to bring staff along, and now the office fits Vance’s vision.

To achieve lasting change, collaboration and strong leadership are key to success, agree Lam and Smith.

Going forward, Lam sees the government innovation office model continuing to grow and evolve similar to sustainability offices, which were popular 10 to 20 years ago.

While those offices started as something ancillary to a company or government’s core functions, over time its sustainable processes were incorporated into the entity’s broader operations to the point that sustainability was no longer thought about as different or special, she says.

While it is uncertain if prosecutorial innovation offices can pull off the same evolution, one thing is certain: someone is going to have to try it to find out.