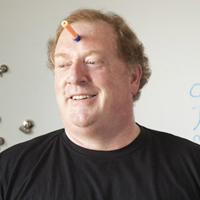 On New Year’s Day 2007, Patrick J. Lamb was calling from Chicago, and his message to the lawyer on the other end was clear: “One year from today we’re starting our firm.”

Then Lamb hung up and quickly dialed two more numbers. His next commands were even shorter. “We’re on the clock,” he told litigators Nicole Auerbach and Mark Sayre.


On New Year’s Day 2007, Patrick J. Lamb was calling from Chicago, and his message to the lawyer on the other end was clear: “One year from today we’re starting our firm.”

Then Lamb hung up and quickly dialed two more numbers. His next commands were even shorter. “We’re on the clock,” he told litigators Nicole Auerbach and Mark Sayre. Fast-forward to Jan. 1, 2008. Lamb, himself a trial attorney, stands in a dark office in the former Jewelers Building in Chicago. There are no windows or clocks and he’s unsure of the time. He’s focused on the mundane clerical tasks at hand, although he is pumped.

The next day, Valorem Law Group would open its doors for the first time, just one day after Lamb’s deadline.

“I was unpacking, inputting e-mail addresses, looking at case files. I needed to make sure we didn’t miss a beat with our existing clients,” Lamb says about readying the firm’s temporary space in a building once home to a speakeasy run by Al Capone’s gang. “There was a high level of adrenaline and excitement.”

Valorem, the Latin word for value, is a haven founded by BigLaw refugees Auerbach, Sayre and Hugh Totten, with Lamb, age 52, as the connecting hub. Lamb, who saw Am Law 100 firm Katten Muchin Rosenman grow from a midsize regional practice during his 18-year tenure there, recruited these lawyers—all former partners—and brought in three others to build a different type of law firm, one that eschews traditional billing notions and hierarchical pay rates for rainmaking partners.

“I had a very comfortable life,” Lamb says of his time at Katten and as a managing partner at elite litigation boutique Butler Rubin Saltarelli & Boyd. “But even inside Katten, I was trying to get things to be different. And being the rabble-rouser I was, it was not always very effective.”

Frustrated with the practical limits of generating revenue by charging clients by the hour, and angered when his law firm mentor was criticized for efficiency that led to lower billables, Lamb looked toward alternative payment arrangements.

“At some point you say, ‘Look, if I’m as good a lawyer as I think I am, and my partners are as good as I think they are, then we should be willing to make some bets,’ ” Lamb explains. “The bet would be that if we get a certain result, then we should get a return on that; and if we don’t, then we shouldn’t be paid as well as if we’d gotten that result.”

Applying a “betting man” fee arrangement to a business litigation practice has been an easy transition for Valorem and its clients, Lamb says. And while the group has had to adjust to a smaller support staff (they share a single secretary), savvy use of technology provides them with the research and document review capacity of a large firm. They also take home identical paychecks regardless of the business each brings in.

“We are snipers,” Sayre explains. “We don’t shoot with shotguns; we shoot with single bullets.”

Those checks are smaller than the partner shares they earned before. “When we were planning this,” Lamb says, “we said: Look, you can’t look at the first year or even the first two years at this point. To determine how you’re doing compared to how you were doing before, I think you have to have a minimum of three years.”

On a pending case the firm is “a little bit underwater right now,” Lamb admits, and with the betting proposi­tion, certain results could leave them there. Or, “if we settle the case favor­­ably, then the amount we will be paid will make us whole or a little bit better. And if we win the trial, then we expect to have really done well.”

And while some clients are joyous about the Valorem approach to fees, others are waiting to see. In July, the firm got passed over for work sought from Gen­er­al Electric Co. when GE chose a more traditional firm.

Although Lamb prides himself on being an elite trial lawyer who isn’t afraid to go to court, his preferred attire is casual: blue jeans and a black, mock-turtleneck sweater are standards.

“He’s mistaken for Robert Redford on occasion,” Sayre jokes of his colleague’s fair skin and blondish-red hair. But physically, he’d tower over the actor.

“We measure how mellow he is by the level of red he turns,” Auerbach adds. “Lately, he’s been very pale,” an indication that things are running smoothly.

Although Auerbach teases Lamb for retelling the story of Valorem’s inception for the 1,000th time, she turns serious when describing the former Cub Scouts leader, fly fisherman, blogger (In Search of Perfect Client Service) and father of four (three adopted) as a force of nature.

“I’ll tell you this,” Sayre adds. “You wanted to interview Pat for this article, and he insisted that you interview all of us.”

Lamb and his colleagues moved into their new digs upstairs last June. With its bright blue and orange furniture, glass-doored conference room (or bored room, as it’s labeled), and a basket of small toys to toss back and forth during collaboration meetings, the office has a young-tech, Google-esque vibe.

“There was an overall directive to the architect,” Totten says. “If it looks like a law office, you’re fired.”

For Lamb, the short-term risks associated with a fledgling firm—even one that posts images on its web­­site of attorneys throwing clocks in the garbage and smashing them with sledgehammers—are nominal compared to the long-term gain, he says.

“I don’t have any worries that this won’t turn out to be the move of a life­time,” Lamb says. “I believe that now. I will believe it in five years. And it will only prove to get better in time.”