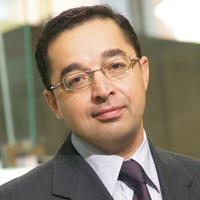 On May 21, 2007, the Australian law firm Slater & Gordon pulled off a first that may change the way law is practiced worldwide. The Melbourne-based firm became the first in the world to be publicly traded.


On May 21, 2007, the Australian law firm Slater & Gordon pulled off a first that may change the way law is practiced worldwide. The Melbourne-based firm became the first in the world to be publicly traded. When the personal injury and class action firm went public on the Australian Stock Exchange, it reaped a 40 percent profit by the closing bell on the first day. Today the shares trade for $1.65 in Australian dollars, up 65 percent from the initial $1 offering. The move brought in upwards of $40 million dollars.

The firm has expanded in size and scope, both geographically and in the number of lawyers who now have a stake, managing director Andrew Grech says. Overnight, Slater & Gordon nearly tripled its equity holders from 15 to 55. Additionally, the firm grew from the Australia’s 15th largest to seventh, he says.

Law firms in the U.S. and in the United Kingdom have been watching Slater & Gordon with keen interest. Those firms with access to outside cash likely will be able to lure the best talent and expand operations with the latest technology and services to suit their clients changing needs, Grech says. Those countries that allow law firms to trade publicly will enable them to take a bigger share of the legal market.

“To put it more directly, if I were running a consumer legal services firm or a large corporate firm in the United States, where the demands for investment are quite high and the competition for talent is quite high, I would be concerned about the fact that the United Kingdom firms are going to have available to them this form of ownership in 2011, and U.S. firms won’t,” Grech says.

In the U.S., Rule 5.4 of the ABA Model Rules of Professional Conduct prohibits nonlawyers from investing in a law firm. Mitt Regan, co-director of Georgetown Law School’s Center for the Study of Legal Profession, feels U.S. firms won’t go public any time soon, but they will adapt, particularly if they have branches in the United Kingdom.

“My guess would be that firms will begin to structure their organizations in ways that avoid their offices being considered members of the same firm,” Regan says. “I don’t underestimate the ingenuity of lawyers to figure that out.

“Over the longer term, if the major U.K. firms begin getting a considerable outside advantage because of the capital available to establish a global footprint, I suspect there is going to be some concern,” he says. “U.S. firms will say they are being hampered by the rules.”

Slater & Gordon didn’t start out wanting to be listed on the stock exchange. The concept evolved when personal injury lawsuits came under attack by tort reformers around the turn of the 20th century. The uncertain future of personal injury law led Slater & Gordon to consider branching into other areas and hiring more lawyers with varied expertise. Going public was a decision made by the original investors. Australia’s lawyer-conduct rules had been changed more than a decade before to allow such a decision.

Outside investment provides not only equity for growth, but also helps retain talented attorneys who might not want to wait years before earning equity in the firm. The infusion of money also allows for a humane way to deal with aging equity holders.

“You can unlock the talent and admit people to equity in very small fractions very early in their careers,” Grech says. “You can use that as a way to retaining them. And you can also maintain the experience and skills of the senior group for a longer period of time, albeit in different roles and albeit with less of a share of the ownership pool.”

Skeptics worry about of conflict of interest, but Steve Mark, the New South Wales legal services commissioner who regulates law firms, says he worked with Slater & Gordon to address those issues prior to the public offering. The prospectus now identifies potential conflict as a risk that could affect the investors’ bottom line, and expressly lays out the firm’s obligations: Lawyers have “a primary duty to the courts and a secondary duty to their clients,” these duties are paramount, and investors must know “there could be circumstances in which the lawyers of Slater & Gordon are required to act in accordance with these duties and contrary to other corporate responsibilities and against the interests of shareholders or the short-term profitability of the company.”

While the firm has yet to face such a conflict, Grech acknowledges the possibility could arise. But he hastens to add that can happen in any law firm.

“Let’s not pretend that being in a partnership doesn’t give you choices to make between profitability, duties to clients and duties to the court,” he says. “Of course they do. Just ask the law firms that act for tobacco companies.

“So I think, once you take the pretense out of it and you put it in its proper context,” Grech says, “those problems, whilst they need to be dealt with seriously and directly, they’re certainly not insurmountable.”