Can justice be served online? 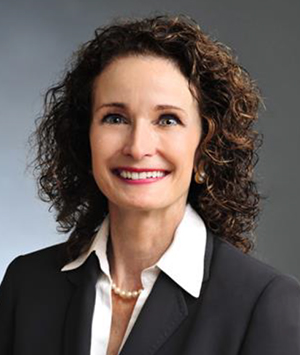 I recently had an experience with online dispute resolution. And it wasn’t pretty.

I am embarrassed to admit it all came about when I clicked on an alluring ad for a face cream. I charged $4.95 on my credit card and within a few days received the product (curiously absent any packing slip or documentation) in the mail. My enjoyment of the smooth and glowing effects of the face cream came to an abrupt end when the next month’s credit card bill came with a charge for an additional $94.99.

That’s when I switched into zealous advocacy. Via email, I disputed the charge, asked for documentation showing I ordered or received the product, disputed the documentation of a recurring monthly charge that the company put forward, and appealed the denial of my dispute. Ultimately, I lost. The credit card company refunded me a portion of the charge to keep me as a customer, but I had to pay for a product I had not ordered and which I definitely did not receive. What alternative did I have?

I could have filed a case in small claims court. According to the National Center for State Courts 2015 report “The Landscape of Civil Litigation in State Courts” (PDF), I would have joined a queue of small court claimants. According to this report, 75 percent of the cases filed in the state courts involved judgments of less than $5,200. Sixty-four percent of the cases filed in state courts are contract cases, comprised largely of debt collection and landlord-tenant cases.

The report spoke to my situation in noting that “for most represented litigants, the costs of litigating a case through trial would greatly exceed the monetary value of the case. In some instances, the costs of even initiating the lawsuit or making an appearance as a defendant would exceed the value of the case.” And contrary to the traditional paradigm of civil litigation being competently handled by attorneys representing both parties, 76 percent of the cases studied in the report had at least one party self-representing.

Trials have been dropping in number. In federal courts, 11.5 percent of cases went to trial in the early 1960s whereas only 1.8 percent went to trial in 2002. The National Center for State Courts reported that between 1976 and 2002, civil jury trials decreased by 28 percent.

Although traditional court filings and trials may be down, disputes are not. As the authors of Getting to Yes asserted over three decades ago, “conflict is a growth industry.” Conflicts inevitably come with the territory of new products and services. As with all things related to the internet, they are coming at a faster rate. Disputes are also arising from the increased complexity in relationships and systems being created and the larger volumes of data being collected, processed and communicated.

According to the book Digital Justice: Technology and the Internet of Disputes, disputes arise in 3 to 5 percent of online transactions, totaling over $700 million in e-commerce disputes in 2015 alone. Millions are overcharged, find credit report mistakes, are hacked, subjected to identity theft or are harassed while playing online games. ODR tools for resolving disputes include substituting software-based decision-making for the exchange of information that typically characterizes the mediation process. In 2012, eBay claimed it handled more than 60 million disputes between buyers and sellers by providing software that assisted the parties to negotiate a satisfactory outcome over 80 percent of the time. Alibaba, as of last year the world’s largest retailer, generating more revenue than Amazon.com and eBay combined, handles hundreds of millions of disputes per year.

So there are a lot of disputes, but the amounts at issue are generally small, and the buyer and seller are often in different countries, aided by distributors in yet a third or fourth location. This puts notions of subject matter jurisdiction and service of process a-spinning.

That’s where technology enters the picture as a way to efficiently and equitably resolve disputes. The premise of the Digital Justice authors is that access to justice can be enabled by software and mouse clicks just as in the old days, it was affected by the hours a court was open or how distant it was located from one’s home. Experimentation in small claims online courts is happening in the United Kingdom, British Columbia, the Netherlands and spottily in the United States.

Beyond resolution, the authors challenge us to think about how people could be better served by the law if we focus on preventing the relationship from erupting into a full-blown dispute in the first place.

The traditional “map” of conflict resolution is to focus on the point after the disagreement had already evolved and grown, what the authors call naming, blaming and claiming. The parties moved from feeling there was a problem (naming); to identifying sources of the problem (blaming); to actually airing a complaint (claiming). It was only in the “claiming” phase that there was something that was considered to be called a dispute. In an age of data-driven environments, however, the entire “naming, blaming and claiming” trajectory is likely to be both broadened and accelerated.

ODR proponents claim technology can also prevent disputes. What if, similar to a GPS system, parties could learn that the relationship was off track in time to correct course—before they were lost or the claim was fully erupted? There is a branch of study in the ODR field called “dispute systems design” that challenges the assumption that we should focus on more efficient tools to address individual disputes on an ad hoc basis. This approach says that technology can be used to address and prevent disputes systematically.

By studying the data uncovered in the dispute resolution processes, eBay has managed to uncover common sources of problems and to structure information and services on its site so that the problems do not recur. Another example of an online ODR system is the one established on Wikipedia. Alongside its dispute resolution efforts, Wikipedia focuses on dispute prevention to study patterns of disputes and effective resolution strategies, and for automatically detecting such problems as illegitimate editing of content and deleting such content immediately, even before it is reported by the users.

This approach is beginning to seep into the courts. In Israel, an entire industry has shifted from litigating individual subrogation claims for property damages to an online arbitration procedure.

What values are upheld in private dispute resolution?

The private nature of ODR makes it difficult to document results or study patterns. How can precedent be established? How do users have a feeling of fairness? While exploring new systems of making the law work for our citizens, lawyers and judges need to make sure the values of the third branch are brought forward.

Historically, the public trial in our society has been about not only resolving disputes between parties but also about education, healing and change. Trials can shine the light of justice on what otherwise may fester and grow in the dark recesses of our world. Courts allow the voices of the voiceless to be heard. The public nature of our court system has been emblematic of our democracy.

But if the brick-and-mortar system is unworkable for the disputes of the online age—we must adapt. This is the time to adapt or be rendered irrelevant.

Jayne Reardon is the executive director of the Illinois Supreme Court Commission on Professionalism. Her prior experience includes many successful years of practice as a trial lawyer, committee work on diversity and recruiting issues, and handling attorney discipline cases as counsel to the Illinois Attorney Registration and Disciplinary Commission Review Board. She serves as chair of the ABA Standing Committee on Professionalism.

This column previously appeared in Bench and Bar: The newsletter of the ISBA’s Bench & Bar Section Council.