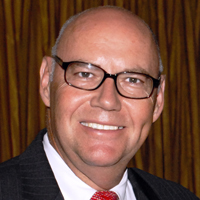 James F. Holderman, chief judge of the U.S. District Court for the Northern District of Illinois, has been trying cases for 40 years. And while the jurors in his courtroom aren’t getting any younger, he says, one thing is certain: If lawyers and judges want to keep the attention of today’s jurors, new courtroom tactics are a must.


James F. Holderman, chief judge of the U.S. District Court for the Northern District of Illinois, has been trying cases for 40 years. And while the jurors in his courtroom aren’t getting any younger, he says, one thing is certain: If lawyers and judges want to keep the attention of today’s jurors, new courtroom tactics are a must. “The experience the jurors have coming into a jury box is totally different today than 40 years ago,” says Holderman, citing the constant bombardment of information jurors face in everyday life and, as a result, their shorter attention spans.

“The jurors coming in from the real world expect to get their information on demand,” Holderman says. “If they have a question about something, they expect to be able to go to their BlackBerrys or computers and find out that information.”

Holderman, who was nominated to the court by President Ronald Reagan in 1985, now allows jurors in his courtroom to submit written questions during trials, allots time for lawyers to speak directly to the jury between individual witnesses, and reads aloud substantive jury instructions before the lawyers’ opening statements.

The new procedures are the result of the ABA Commission on the American Jury Project, which in 2004 proposed a set of modern jury principles to be used in state and federal trials across the country. The 7th Circuit Bar Association American Jury Project tested seven of these initiatives, including trial time limits and juries of no fewer than 12 people, which were implemented on a voluntary basis in the district courts of Illinois, Indiana and Wisconsin. For its final report (PDF), issued in September 2008, the 7th Circuit project—co-chaired by Holderman, Chicago attorney James Figliulo and 7th Circuit Judge Diane S. Sykes—evaluated surveys from 434 jurors, 86 attorneys and 22 judges in 50 trials. And its final recommendations include using the three tools Holderman has already adopted.

“When I sit up there on the bench and read the substantive jury instructions, sometimes jurors look at me like: ‘I don’t really understand all this,’” the chief judge says. “However, when the lawyers stand up and give their opening statements and refer to the law that I’ve just given them, you can see the lightbulbs go off over the jurors’ heads. We are giving them the basic and legal framework to put everything else they hear in the case in the proper legal context.”

While some lawyers may cringe at the thought of jurors being able to ask questions that are irrelevant or prejudicial, Holderman argues that the alternative—disengaged juries and wandering minds—are more harmful to ensuring a fair trial.

“When the question is off-base, that’s when you really want jurors to be asking questions because they are already thinking off-base, and then I as the judge can bring them back.”

Jurors typically ask no more than five to seven questions in a weeklong trial, Holderman says. However, it’s not unusual for jurors not to ask anything. The mere fact that they have been invited to participate in the proceedings is enough to keep their focus.

Holderman asks his jurors to write inquiries on blank notebook paper, which is then collected and photocopied by a law clerk. During a break, Holderman presents the question or questions to the attorneys and asks whether they would like to address the issues. If they object to a question, the chief judge still reads it aloud to the jury and explains to them why under the law it cannot be asked. If the lawyers do not object and want the judge to pose the jury’s question to the witness, he does.

Listen to Judge Holderman talk about the evolution of jurors and the need for more interactive trials.

The response from fellow judges regarding the recommendations has been mostly enthusiastic, says Holderman, who will speak about the study to colleagues from Florida, Alabama and Georgia this month.

However, he cautions, the law and legal procedures move slowly. “There are some judges now that won’t do it,” Holderman says. Some Illinois state court judges worry that new procedural recommendations need to come from the state supreme court.

While Holderman remains optimistic that more judges will adopt some of the recommendations, he has already turned his attention to another gorilla of litigation: electronic discovery.

To that end, Holderman and U.S. Magistrate Judge Nan R. Nolan launched the 7th Circuit Electronic Discovery Pilot Program (PDF) in October. The program will test on a voluntary basis new e-discovery principles aimed at increasing efficiency and lowering costs. The study, split into two phases, will run through 2011, when the committee will evaluate surveys from judges, lawyers and clients and issue recommended principles.

“We need to change the culture of pretrial discovery in the United States,” Holderman says. “To some extent, lawyers are going to have to trust one another a little bit more.”

Although he chuckles when asked how one breeds trust between opposing attorneys in an adversarial system, Holderman’s passion for improving litigation in the United States is undiminished.

“I’m a person that is always looking to do it better,” he says. “That’s how I lived my life as a lawyer, and now as a judge: Let’s always be looking at ways to do it better.”

View Chicago in a larger map