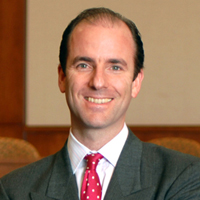 Ken Adams cannot stand legal jargon. If a contract contains the word witnesseth, the transactional lawyer shudders. The old-fashioned phrase represents and warrants is another common culprit, a waste of time and energy, according to Adams.

The 48-year-old Long Islander from Garden City and author of the legal blog AdamsDrafting is leading a crusade to rid mainstream contract writing of the redundancies, archaisms and misconceptions that often lead to costly lawsuits over a minor drafting glitch.

In 2007, Adams prepared a 69-page affidavit on punctuation as an expert witness in a Canadian lawsuit between Bell Aliant and the cable unit of Rogers Communications Inc., a case widely known as “the comma dispute.” (Adams wrote later that most of the affidavit was attachments, and that the decision finally turned not on a comma but on the French-language version of the pact.)

In another case, the ambiguity of a single phrase led to a $6 billion battle against United Rentals by Cerberus Capital Management.

“Lawyers tell themselves fairy tales to convince themselves that all is well with contract prose, that legalese is more precise than standard English, and that abandoning traditional legal usage could be risky, given it’s been ‘tested’ by the courts,” Adams says. “But those notions have been thoroughly discredited.” Modern contracts weighed down by outdated English and traditional legal expressions are harder to read, negotiate, interpret and use as models, Adams says. It also makes them much longer than they need to be.

“The process is so bad,” Adams says. “Litigators were dragged kicking and screaming into the world of clearer writing 40 years ago. For transactional lawyers, that process is happening now.”

Adams, who teaches contract drafting at the University of Pennsylvania Law School and conducts writing workshops and in-house seminars in the U.S. and Canada, is sensitive to the difficulty foreign lawyers experience when required to draft contracts in English. The son of a U.S. State Department officer, Adams grew up in Europe and Africa. He received his undergraduate degree from the University of York in England before drifting into law school, following the path of his two brothers.

Adams practiced corporate law at major firms on both sides of the Atlantic. But it wasn’t until the summer of 1997, when he was in Geneva, Switzerland, that he started to research and write about the art of contract writing, which he says perfectly combines bookishness and practicality.

Adams left firm life in 2006 to focus full time on his research and published the second edition of his book, A Manual of Style for Contract Drafting, last year.

“There’s a mission out there that can’t be done from a lawyer’s desk,” says Michael Fleming, a partner at the law firm Larkin Hoffman in Minneapolis. That mission, he says, is “to teach the profession that its writing has grown into an abysmal mess in terms of contract drafting. We need someone to challenge that, and it can’t be done while in the profession and representing clients. [Adams] took a leap of faith to do this as a business.”

Effecting change has been a slow, grinding process. Contract drafting often includes parties on both sides of the negotiation table, requiring lawyers at different firms to agree to give up years of precedent in favor of a single style manual. And many law firms are loath to devote the time and money necessary to train employees in a common house style of drafting, redraft existing templates so they comply with the chosen style, and (if there is enough volume) automate the process with document-assembly software.

Adams, having devoted years to refining his argument, remains undaunted.

“There’s no question that the ways things are done currently are completely dysfunctional and a waste on many different levels,” he says. “You have a choice: Am I going to speak up or not? That’s the position I’m in.”