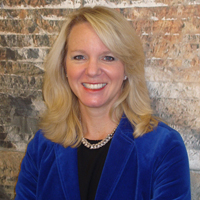 Besides being an executive at a multinational mining and resources group, Leah Cooper is a wife and mother to two young boys. She meets all of those obligations with creative solutions, friends say, and that experience influenced her recent outsourcing plan that sends basic legal tasks to a team of lawyers in India.


Besides being an executive at a multinational mining and resources group, Leah Cooper is a wife and mother to two young boys. She meets all of those obligations with creative solutions, friends say, and that experience influenced her recent outsourcing plan that sends basic legal tasks to a team of lawyers in India. Cooper, Rio Tinto’s managing attorney, started outsourcing the work in May, and so far, she says, the plan has saved her United Kingdom-based company more than $4 million in legal fees. She estimates she can get what is normally in-house work done in India for one third the cost, and one seventh the cost for outside-law-firm work.

“Every time I go to legal conferences I hear a lot of folks talking about legal costs, how the law firm model is broken …over and over,” says Cooper, 40. “I feel good because we’re not just complaining about it, we’ve actually done something. And you know what? It works really well.”

In the next few years, Cooper suspects, more in-house legal departments will try what she’s developing.

“We can’t complain about things we’re not willing to go out and change ourselves. What’s the point of complaining?” she asks. “The law firms weren’t jumping up and down to change their cost margins. I had to get something done, and I did.”

Cooper’s partner for the plan is CPA Global, a legal outsourcing company. She contacted them after an internal employee satisfaction survey showed her senior lawyers were bogged down with low-value work like procurement contracts.

“When good work came in the door, they didn’t have time to do it,” she says, and it went to outside counsel.

And while preparing her budget last fall it quickly became apparent that she needed to cut costs. Cooper wanted lawyers with 2-10 years experience who could do legal research and writing.

In India law firms are often nepotistic. Many are run by families, and if you aren’t a family member, Cooper says, you’ll never have the chance to run a law firm. So the country, which has a common-law system, has many qualified lawyers who are underemployed.

In-house lawyers from the United States, the United Kingdom and Australia provided the India team with additional training, and their work is evaluated with a quality rating system. Cooper wanted lawyers with an average of five years experience, and the rating system shows her if the experience median she set works.

“This is really about how can we combine our efforts to show that every step of the way, the lawyer is doing the right piece of work and we’re providing a quality, cost-effective product,” she says. “We’ll never get rid of our outside counsel. We want their top-tier strategic counsel. What we don’t need is to pay $300 to $400 an hour for an associate to do word processing.”

Other companies are exploring legal outsourcing, she says, noting New York-based HSBC Bank has a Malaysian legal team, but it’s slightly different because those lawyers are HSBC employees. And much of their work centers on filling out forms, while the Indian lawyers are actually practicing law for Rio Tinto.

“To me it just made a lot of walking-around sense. I thought we’d be crazy not to try it,” Cooper says. “Even if it went really wrong, the investment was small.”

The project is now at the point where some of her outside counsel—whom Cooper says she will always need—advise her to redirect some of their legal work to the India team.

“As long as the quality of the people they’re using is good and there are sufficient controls around it, I’m happy to try it out,” says Richard W. Grime, a securities and regulatory partner at O’Melveny & Myers who represents Rio Tinto. Recent work he’s advised Cooper to outsource involved document review, translation and paralegal-type work on a large project.

“I don’t think law firms are going to be able to keep as much work to themselves as they have done in the past. Clients want an efficient, effective solution to their issues,” says Grime, who practices in Washington, D.C. “I suspect she will get a lot of calls, if she hasn’t already.”

The plan, Cooper says, has “put me on the map a little bit.”

A 1995 graduate of the University Of Florida College Of Law in Gainesville, Cooper began her legal career at Foley & Lardner. She left as a mid-level associate to go in-house at Bell South. She later moved to AGL Resources, a publicly traded oil and energy company, and joined Rio Tinto in 2007 as vice president and general counsel. Slightly more than a year later she was promoted to managing attorney, and she and her family moved to London.

“She’s definitely a take-charge person. She has to be,” says Kara Skorupa, a partner with North Palm Beach’s Deratany, Skorupa & O’Hara, who attended law school with Cooper. Skorupa recalls that while most of her classmates were basically extending the college experience, Cooper was already married, with a house and a dog.

“She was much more mature than the rest of us,” says Skorupa, adding that Cooper is not someone who feels that to be taken seriously she has to be “the meanest or the toughest,” but she’s also comfortable asserting herself.

“I think sometimes that takes people off guard—she’s a petite Southern blonde,” Skorupa says. “Frankly, there are a lot of companies that wouldn’t take a chance on someone who’s young and has young children. Typically those things work against you. But look what (Rio Tinto’s) gotten out of it.”

View Cooper in a larger map