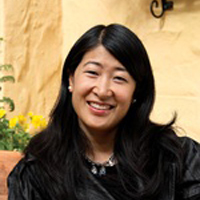 It’s nearly 1 a.m. on a summer night in Taiwan, and Mae O’Malley still has work to do.


It’s nearly 1 a.m. on a summer night in Taiwan, and Mae O’Malley still has work to do. Her team of contract attorneys—more than 6,400 miles away in San Francisco—will be starting their days soon, and O’Malley is armed with her iPhone and laptop, answering client inquiries and returning phone calls while her three young sons sleep.

The O’Malley family is visiting her father in Taipei so the boys—ages 3, 5 and 7—can improve their Mandarin Chinese while O’Malley seamlessly runs her business, Paragon Legal Group.

Nearly 75 percent of O’Malley’s staff are mothers with children, she says, and all have at least eight years of practice experience (some of which must have been in-house), mostly specializing in technology licensing and corporate transactions. While O’Malley was able to manage Paragon across the Pacific Ocean, it’s having the freedom to step away from the computer for a few hours in the afternoon to pick up children from school that draws accomplished female attorneys to the firm.

“In today’s legal structure, asking for those two hours in the afternoon is an impossible task,” O’Malley says. “Being able to give an attorney that flexibility makes all the difference in the world in how happy they are and how successful they are.”

Listen to Mae O’Malley talk more about how she balances a growing business and raising three young boys.

O’Malley found that flexibility in 2001 when software company Evolve cut her in-house position, then hired her back on a contract basis. “I learned about a different way of practicing,” she says, having control over her schedule while still being able to pursue substantial corporate legal work, rather than the document review projects dumped on most contract attorneys.

Hooked, O’Malley then contracted for 3½ years at an e-commerce company, followed by another part-time position at an enterprise security company. When her position was eliminated during a company buyout shortly after the birth of her third child, O’Malley cobbled together a client base through Craigslist postings, newspaper ads and references from colleagues.

Because there wasn’t a centralized way to find a steady stream of the high-level work she desired, she soon found herself inundated with an array of temporary offers from major law firms, Internet startups and Google Inc.

“I took the Google offer,” she explains, “but I needed friends to take on the other projects. We wanted to keep it small, but our clients had quite the appetite for these services, so I had to bring on other lawyers—and Paragon was formed.”

O’Malley jokes that her friends, who refer to her as an “Asian Martha Stewart,” imagined her running a catering business instead of managing a law group. However, Paragon contract attorney Betsy Strode counters that O’Malley has not only the legal chops of a good lawyer but also the savvy of a seasoned rainmaker.

“She’s someone you could enjoy discussing philosophy with or take on vacation,” Strode says. “She’s an extremely dynamic and proactive person.”

Paragon now has a core team of 30 attorneys who each work between 10 and 50 hours a week, in addition to another 30 lawyers on call for niche projects. Those on the high side can earn as much as $270,000 a year. Paragon does not provide benefits, but the lawyers receive professional liability insurance through the firm.

O’Malley’s greatest challenge today is containing the company’s exponential growth—revenue will hit a “healthy seven figures,” this year, she says. “Paragon has grown very quickly and steadily over the past two years, and in order to maintain the work-life balance I originally sought, I’ve had to intentionally tell myself I have to control the growth of the business while I’m raising these children.”

O’Malley receives constant inquiries to expand to other markets, but for now, the business remains firmly planted in the Bay Area. “Although,” she laughs, “it’s a process of self-control.”

Hear who Mae O’Malley would nominate as a Legal Rebel.