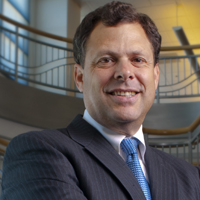 When President Obama stirred debate with his observation in August that “law schools would probably be wise to think about being two years instead of three years,” a friend suggested, tongue in cheek, that Obama had simply read the New Republic’s online roundtable on How to Fix Law School, to which I had contributed. The president even went on to say: “The third year, they’d be better off clerking or practicing in a firm even if they weren’t getting paid that much. But that step alone would reduce the costs for the student.”

Simply cutting law school to two years with a paid clerkship, however, won’t solve all the interrelated problems of:

But there is a solution that can address all these problems simultaneously, if law schools, the ABA accreditators and those who hire lawyers will band together. The draft report (PDF) of the ABA’s Task Force on the Future of Legal Education, issued Sept. 20, calls for more innovation in legal education, including pilot programs and an easier process for variances from existing requirements. The incremental steps proposed there would be a great place to start.

The changes proposed here would introduce more differentiation of programs between law schools, allowing a healthy competition. Here are the three key elements and what’s necessary for implementation:

1. Third-year law students who want practical experience should be able to receive academic credit for working—for pay—in a law firm, company legal department or court. The difference from today’s externships, for which full credit is granted, is simply receipt of compensation, which requires a change in the ABA Standards for Approval of Law Schools Interpretation 305-3 (PDF). One can suppose that the proscription on compensation for externs is based on the premise that employers will be willing to provide a more academically based experience if the work is performed without compensation. But there’s no empirical basis to support that, and the standards require extensive oversight of externships in any case. Unlike today’s externships, the law students would also not pay tuition to the law school, thereby cutting their costs by one-third.

2. Law schools must provide externs with academic support, going beyond the ABA oversight rules, to ensure real legal work is being performed, and supplementary required readings to provide context. This work could also give rise to academic credit. An effective program could provide the necessary checks that the work is genuine practical experience, on the order of the clinics that many schools run today.

3. The employer should also be allowed to cover the tuition the school would otherwise receive. The ABA rule change must accommodate the ability of the employer to make this payment so that law schools can continue their faculty work and research programs.

At Cisco, we’re going to implement a prototypical approach to this solution, which, absent the ABA rule change, is imperfect, but will serve to test the concept. As outlined in the New Republic, we will be accepting two students from Colorado Law for seven months starting in June 2014 and paying them what we pay our—usually shorter-term—legal interns: $1,400 per week, or a $73,000 annual pay rate. The students won’t pay tuition for the fall, but they will have a supervised independent study course for which they will receive a course credit. Unfortunately, without the rule change, they won’t be able to receive credit for the work they do at Cisco. But they will do extra coursework during the current academic year and after they return to school in the middle of their third year. And while under current rules we can’t make CU Law whole by paying the foregone tuition, we do intend to make a donation in gratitude for the school’s participation with us in this program.

Our hope is the students emerge with a semester’s less debt and some savings from the internship salary. More importantly, they should have gained practical skills and experience that will serve them well regardless of the law practice after they graduate. And the law school will not suffer a degradation of resources to continue academic programs, support faculty research and meet other needs.

A two-year program of coursework and a year’s practicum may not suit every law student. Those interested in academic careers or those heading to judicial clerkships may wish for the extra academic work. If the ABA were willing to change the standards to permit compensation of externs and reimbursement of foregone tuition, and every Am Law 200 and Fortune 500 enterprise would agree to take two to four students a year, a real dent could be made in the complex problems that bedevil legal education today.

Mark Chandler is senior vice president, general counsel and secretary and chief compliance officer of Cisco. Chandler is also a member of the dean’s advisory council of Stanford Law School.