Mike Roster: The Cost of Value 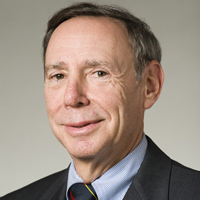 Michael Roster is trying very hard to be retired—or at least live in only one city—for the first time in 27 years. He’s having very little success.


Michael Roster is trying very hard to be retired—or at least live in only one city—for the first time in 27 years. He’s having very little success.“You’re a very successful lawyer, but if you think this is retirement, then you are a failure,” Roster says with a laugh, repeating the admonishment from his handyman.

Instead, the San Francisco and Pasadena, Calif.-based former general counsel of Stanford University and Golden West Financial Corp. is in the midst of heated debates and serious management discussions with law firm and in-house leaders throughout the nation and the world.

Roster, 64, is the volunteer chair of the steering committee for the Association of Corporate Counsel’s Value Challenge, an initiative that aims to reconnect (and even reduce) the costs of legal services to the value provided.

“I was on the ABA billable-hour commission 10 years ago and we had a lot of good talk, but nothing ever came of it,” says Roster, a former managing partner at Morrison & Foerster. “Now we’ve made headway.”

In the past 18 months, the ACC hosted four off-the-record sessions in Chicago, Houston, New York City and San Francisco, with each talk drawing 20 prominent managers or chairs of major law firms as well as general counsel and key in-house lawyers. “For the first hour everyone sat with folded arms glaring at each other,” Roster says. “I’m not sure if it was out of boredom or interest, but in the second hour they finally started talking, and it was amazing how similar their wants were.”

A need for greater predictability, open communication and improved efficiency were common threads. Also aired were complaints about time-consuming proposal requests, which can cost a firm $30,000 to $50,000 to complete, and, of course, soaring legal fees.

While overall costs to U.S. companies increased 20 percent in the past decade, legal costs jumped 75 percent, according to a recent Corporate Executive Board study published in the California Bar Journal.

“Shame on everyone that this happened,” Roster says. “It’s not because litigation got tougher or there is more regulation. It’s because firms simply raised rates 6 percent every year.”

Faced with gripping pressures from the recession, Roster says, corporations are moving their legal work down the law-firm price curve—from top New York megafirms to smaller national and regional firms.

“Unlike 20 years ago, there are now 200 to 400 law firms in America that are doing extraordinary work,” Roster says. “They are very good lawyers located in much less costly places. Corporate America is learning that these lawyers that make half as much money are as good, if not better.”

If firms want to hold on to the clients they have and compete for the big bucks, they must demonstrate that they can offer real value, Roster says. As part of the Value Challenge, in-house members can rate law firms on a sliding scale from 1 to 5 for each matter handled.

However, perhaps the most useful measurement of the value index is a question: Would you use this firm again? Roster recalls an example in which a law firm was rated 4.8 by a general counsel with the caveat that the client would never hire the firm again. “The work was exceptional, but the budget and number of attorneys staffed were out of control,” Roster explains.

And it’s not just the GC’s office that’s complaining of costs. “The average cost to recruit a single lawyer at a major firm is $300,000 to $400,000,” Roster says. “That’s just to get them in the door, not even starting the task to teach them because they are clueless about how to practice. No other business would do this. It’s unheard of.”

One proposal suggested by the Value Challenge is for firms to take on an entire portfolio of work at a fixed fee for a designated period of time, which will allow firms to better manage resources while ensuring a steady workflow.

Whether it’s a fixed fee for entire matters, specific tasks or even a 50/50 split when costs escalate, Roster says, the chairs of most major firms have predicted to him that 30 to 40 percent of all legal work will be billed on an alternative basis by the end of 2010.

And while Roster says there are reports of a few prominent firms dismissing the need for alternative billing, “that’s like the Four Seasons trying to pretend they aren’t discounting rooms, but they are.”