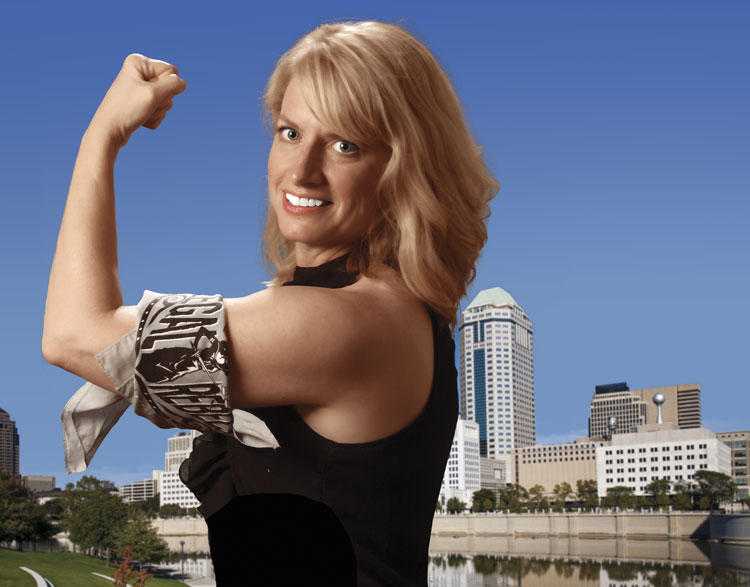 Mindy Yocum was the mother of a 2-year-old, with another child on the way, when she got the worst kind of news. Her husband, Scott, was closing up at work when three men broke in, stabbed him nearly 30 times, cleaned out the cash register and cut the phone lines.

He survived—but that’s when their legal troubles began. The workers’ compensation insurer insisted he go back to work in a week, which was not medically possible. Their first lawyer did nothing to help, and 18 months went by before they hired a second, who did secure a settlement.

Then the whole process started over again with Social Security Disability Insurance, which took five years to grant his benefits. The family lost its home, health insurance and more.

The experience turned Yocum into an informal advocate for families in situations such as hers. But she needed more.

“I realized that I need a bigger voice and decided to one day run for office and go to law school,” says Yocum, 42. “I knew that I could do more to help more people that way.”

It took some time—their kids are now 13 and 15—but the Yocum Law Office opened its doors just outside Columbus, Ohio, in 2015, providing legal services aimed at people of modest means. In particular, Yocum offers legal services as an employment benefit, partnering with organizations that hire or serve people who have a legal barrier to employment, such as a criminal record. Services include on-site workshops, one-on-one counseling and flat-fee legal services for those who need more.

Similarly, Yocum provides workshops in Cardington, a town of more than 2,000 people about 45 minutes from her suburban Columbus home. Cardington’s last practicing lawyer recently retired at 82, which left residents with limited options. Yocum wants to fill that gap.

“They need to be able to reach out to someone and not be intimidated and be able to understand their rights,” Yocum says. “And that’s what I try to do. I try to take the intimidation out of the legal system.”

Emily Savors, director of grants management at the Columbus Foundation, a philanthropic group, says Yocum also maintains office hours at the main branch of the Columbus Metropolitan Library and at Star House, a drop-in center for homeless youths.

“Lawyers do charge wildly different amounts, from unaffordable to many people to grossly unaffordable,” Savors says. “So the fact that she was trying to fill that gap, I think, is wonderful.”

Savors offered to be a resource for Yocum after hearing her pitch to a small-business accelerator, SEA Change, supported by the Columbus Foundation. Savors has been an occasional resource since and is “really enthusiastic” about Yocum’s business model.

Yocum says SEA Change helped her develop her business model. But she also got help learning to run a law practice from the Columbus Bar Association’s incubator program, Columbus Bar Inc., which gave her 15 months to “make mistakes and have people support you through it.”

That’s how she came to the attention of Jill Snitcher McQuain, executive director at the Columbus Bar Association. The association has been running the incubator for seven years, she says, but Yocum’s business model stands out.

“I’ve not seen anyone else come to it from that angle, with that kind of enthusiasm and commitment,” McQuain says. “[She’s] constantly out there hitting the pavement, trying to talk about how they can help make this community better one person at a time. And still make a business out of it.”