John Tredennick started a focus on legal technology in 1988—back when law firms saw it as something limited to fancy computers and adding machines. He asked Holland & Hart, the Denver-based firm where he was a partner, to add the words chief information officer to his title. Inspiration came from an American Bar Association conference.


“The thing I took out of the conference was one simple line: Leaders step forward; they are not selected,” says Tredennick, a Legal Rebels Trailblazer. Technology, he told Holland & Hart, could be used strategically in litigation.

“You need a leader, not just somebody on staff but somebody who understands the bigger vision of the firm—where we fit in the legal landscape and how we can harness technology to get us where we want to be,” Tredennick told partners. “I said, ‘I want to be that leader,’ and they made me the technology partner.”

To be taken seriously, he knew he had to keep trying cases while he worked as his firm’s chief legal officer.

“That’s probably why I succeeded,” says Tredennick, 64. He also helped start Trial Partners, a Holland & Hart business that provided other lawyers with trial graphics, jury consultants and mock trial offerings. He now is the CEO at Catalyst, an e-discovery group he founded in 2000.

Recently, more law schools claim their students are interested in JD-advantage jobs in the legal technology sector. For those looking for work in the field, Tredennick advises seeing technology as part of a legal strategy rather than a product to sell.

“In the end, this is about going into court and telling your story. Everything in the legal process … all has to be tuned toward that,” says Tredennick, a 1979 graduate of the University of Virginia School of Law. “If you position yourself as understanding the big picture—not just what features a product has or how to do a review but understanding the big picture and goals—you’re going to gain the respect of the trial team. They will see you as an equal part of the team and not just a vendor.” 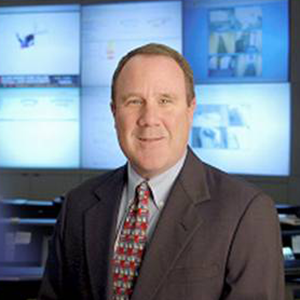 John Tredennick is founder and CEO of the legal technology company Catalyst. He was previously a partner with Holland & Hart in Denver, where he became the firm’s first chief information officer. He is a former chair of the ABA Law Practice Management Section.