In the early 1980s, Granat led a paralegal education institute in Philadelphia. There, he taught aspiring paralegals how to create filing systems—by paper. However, when database software began to crop up, Granat started to see the information trapped in paper-based filing systems differently.

“It occurred to me that the PC was a very powerful tool for organizing that information,” he says. “I could see, even in those days, that technology would be transformative.”

After this early introduction, he began to develop software to automate paralegal tasks, such as using spreadsheets to fill out tax returns.

“It just grew from there,” he says.

That growth included starting MyLawyer.com, SmartLegalForms and the People’s Law Library of Maryland, among many other ventures. Now, Granat has joined Intraspexion, a new artificial-intelligence software company, as a strategic adviser. Granat was named an ABA Journal Legal Rebel in 2009, the first year the honors were given.

With decades of retrospect, he says his most common mistake was knowing that a new technology would take hold—but expecting that to happen too soon. A chronic early adopter in an industry often scorned for being slow to adopt technology, Granat says it has taught him two things: “You have to have some capital that will let you get through a runway, and you have to have persistence.”

For Granat, persistence came from a deep desire to improve access to justice. Involved in the founding of the Legal Services Corp., among other access-to-justice projects, Granat says he saw technology as “a method that enables people to solve their legal problems at low cost.”

Today, he is working with an early-stage company called Intraspexion. Its main product is a deep-learning, artificial-intelligence software trained to recognize patterns in text, such as from emails, and flag potential risks so a general counsel can intervene and prevent litigation. So far, the software is trained to spot employment discrimination, product liability and sexual harassment issues, among others.

Granat, at 77, does not fit the stereotype of a startup entrepreneur. However, he says, although there may be bias against older entrepreneurs, his experience is a benefit, not a detraction. 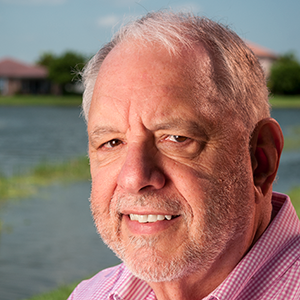 Richard Granat is a strategic adviser with Intraspexion. He created MyLawyer.com, SmartLegalForms, DirectLaw and the People’s Law Library of Maryland. He was the founder of Granat Legal Services, P.C., one of the first virtual law firms in the country. Granat is on the ABA Standing Committee on the Delivery of Legal Services, and is on the council for the ABA Law Practice Division. He lives in Palm Beach Gardens, Florida.