The smart money was never on Goliath: Does BigLaw have the same disadvantages? 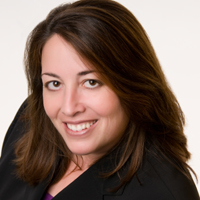 I attended a program that was part of Chicago Ideas Week last week called “Lessons: The Choice Is Yours.” Among the amazing speakers (for example, the founders of both change.org and Defy Ventures), the program concluded with an appearance from Malcolm Gladwell, the noted New Yorker writer and author of many books like Outliers and The Tipping Point. Malcolm (is it wrong to pretend that we are on a first-name-only-basis?) spoke about his current book, David and Goliath. (Full disclosure: I haven’t read it yet but plan to in a nanosecond when my Kindle app magically grabs it from cyberspace after I click “buy” on Amazon.)

The David/Goliath story has always been one that has resonated with me, perhaps in part because I reach 5’2” on a good day, don’t look much older than 12 (thank you L’Oreal for hiding my gray) and I’ve often felt that I am underestimated by my (usually taller) adversaries. I am also a consummate lover of the underdog, as David has come to be known in conventional wisdom. Also, in recent years, we have equated the firm I helped found (small litigation firm using alternative fees) with the Davids of the world, so much so that when we updated our website earlier this year, we created a home page with a picture of a slingshot and the phrase: “David won. We litigate against Goliaths every day.”

Imagine my confusion-then-turned-glee when I learned that Malcolm’s proposition is that David, clearly the faster and more nimble player replete with a sling and some rocks in his pocket, was indeed not the underdog after all. How could we have thought otherwise for so long? Of course he wasn’t! Goliath, though big and lumbering, was also weighed down by heavy armor and wielded weapons designed for close combat. A sword, a shield, etc. Why? Naturally, because that’s the way it had always been done before. But David was not part of the army, knew nothing of those long-established traditions, and thus had no preconceived notions about the expected way to fight. Instead, he had his sling and some rocks and a different way of fighting. And this proved fatal to Goliath.

Malcolm’s proposition should have been self-evident to me based on the seemingly uneven battles that small firms often engage in with armies of BigLaw lawyers. Though they don’t have actual rocks in their pockets, those small firms do have a panoply of weapons that they bring to bear, like decision trees, Lex Machina for patent litigation intelligence, early case assessment tools or NovusLaw for processing and analysis of e-discovery, just to name a few. But perhaps the most important characteristic that nimble firms have is, like David, a willingness to shed “the way it has always been done before” mentality. This gives them the ability to run circles around giants and to turn on a dime—often while their adversaries get mired in things like writing 16-page meet-and-confer letters spelling out alleged discovery deficiencies (ones that were likely edited by 2-3 levels of attorneys) instead of simply picking up the phone to have a civilized conversation to cut through the rhetoric. (But that’s a topic for another post.)

It seems obvious to me now that, aside from being a genuinely engaging and fascinating character himself, Malcolm has his finger precisely on the pulse of everything that has been described as the proverbial New Normal. Smaller, leaner, faster and more efficient is a true match for bigger and allegedly mightier. But wait a minute. Does this mean that we are actually the overdogs? I’m not sure I can live with that!