From courtroom to concert stage, this criminal defense lawyer uses her voice to push for reform 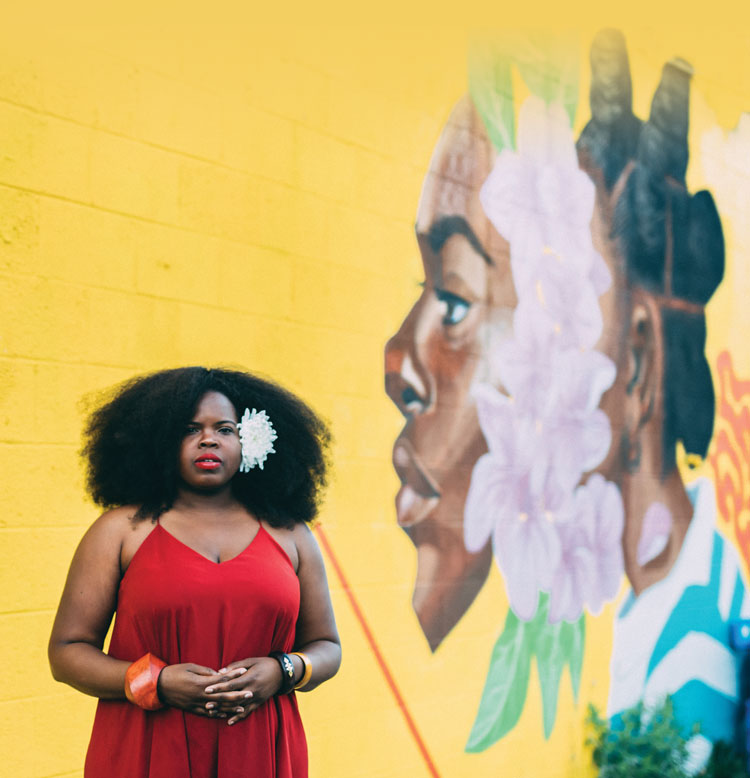 Danielle Ponder: “Music can raise awareness, but it’s just one piece of it. The next step is action.” Photo by Jocelyn Mesiti

You’ve incorporated these personal and professional experiences into a powerful multimedia show called For the Love of Justice. Tell me about that show and how it came about.

My goal is to use the power of music to talk about the criminal justice system. In this show, I explore how three forms of love have been the anchoring theme in my music—whether it be love for yourself, romantic love or the kind of love that propels you forward toward a revolutionary justice.

The title, For the Love of Justice, was inspired by a quote from Cornel West: “Justice is what love looks like in public.” I wanted to talk about the justice system in a way that would feel very personal to the listener. Love is something we all can relate to. Maybe a struggle to love ourselves or falling in love, and then there is love for our others, and that is justice.

We perform songs such as “Criminalized,” which I wrote about the criminalization of black youth, or the song “We Live,” which is about being hopeful in the face of adversity. We use powerful visuals to complete the sensory experience for the audience. In between songs, I tell stories from my work as a PD. I think it is a powerful way to connect people. I’ve performed this show in Canada, the U.S. and Brussels, and I hope to take it all over the country.

Do you consider yourself an activist?

I have always considered myself an activist. Music can raise awareness, but it’s just one piece of it. The next step is action. At our shows, we started having tables for different organizations to directly connect our audiences to ways they can take action.

Do you ever get feedback from your fans that it’s working—that they’re feeling compelled to act?

There are a lot of artists who address issues of racial injustice. What makes your approach different?

Well, I guess I have been on both sides of the system; I grew up seeing my family victimized by the criminal justice system and then I worked within the system. So I have the knowledge of how this system is personally impacting families, but I also know the inner workings of the system. I am not just singing songs;

I am also saying that I know that 16-year-old kids are getting arrested for not having a bell on their bike and spending the night in jail. Because I have represented them.

Your brother is now out of prison and has a good job, and you are active in your advocacy on behalf of other former inmates so they can have the same chances to find happiness and success after they’ve served their time. But I am curious, have you ever brought your music to a prison?

I have performed twice at Attica. To this day, it’s the best performance I’ve ever done in my life. It was so moving, so powerful. There was a man at our concert who was incarcerated in his 20s, and he was in his 70s; he had not heard live instrumentation in 50 years. There was a moment when the guards couldn’t help but clap their hands—at that moment, the guards and the prisoners were one. It was beautiful.

But you also had to look at all the men in that room and think, “There has to be a better way than just locking someone in a cage for 20, 60, 70 years.” There has to be a way to reform and rehabilitate, to tap into skill sets and talents of people instead of just throwing them away.

Your lyrics tackle meaningful and heartbreaking issues, but the music itself is so joyful. Is that the point?

There is a quote that says “It’s not my revolution if I can’t dance.” I believe you can be political and talk about difficult issues, and you can still make them dance.

This article was published in the October 2018 ABA Journal magazine with the title “The Sound of Justice.”