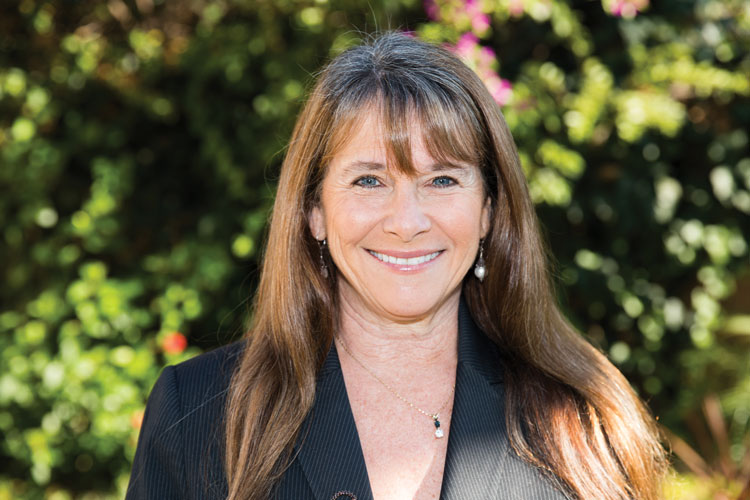 Photo of Miriam Krinsky courtesy of Fair and Just Prosecution

“This all feels too familiar.” Those are words I’m increasingly hearing from my 92-year-old father, a Holocaust survivor, as stories abound of refugees fearing for their lives, immigrants caged under bridges and vigilante gangs hunting refugees along the border.

In the summer of 1941, German occupation devastated my father’s community, and Jews were segregated into a walled ghetto. My father saw the rising tide of hatred, the erosion of democratic ideals and marginalization of individuals who didn’t “fit” amid an upsurge of German nationalists. His pleas as a 14-year-old to flee fell on deaf ears, and it wasn’t long before soldiers came to arrest his family. He escaped with his 6-year-old brother in tow. Miraculously, in a community where fewer than 100 Jews survived, my father’s entire immediate family made it through the camps, death marches and “work details” where young boys were taken out to dig their own graves.

My father traversed several continents and came to the U.S. when I was a young girl. He arrived imbued with a passion for American ideals of democratic opportunity and freedom. But in recent years, my father has articulated increasing unease as he watches our nation grapple with familiar warning signs he watched play out in an era he had hoped to forget—white supremacy, a rising tide of hate crimes and anti-Semitism, efforts to erode and undermine a free press, marginalization and vilification of immigrants, and the proliferation of fear-based politics.

My father ingrained in me an abiding commitment to serve the community that led me to become a federal prosecutor, yet too often I witnessed a justice system that wasn’t always fair or just. Those experiences ultimately led me to found a nonprofit dedicated to prosecutorial reform and supporting elected prosecutors who are taking bold and courageous steps to redefine justice in the 21st century.

Earlier this year, I led a group of those prosecutors to Berlin to witness firsthand Germany’s more humane approach to justice. On a personal level, it was difficult to travel to a country responsible for the atrocities of the Holocaust and face ghosts of the past. But it was also heartening to see how Germany has reckoned with its shameful history. And there is much we can learn from that.

That’s why we decided to engage a group of inspiring leaders in conversation at the House of the Wannsee Conference, where the “final solution to the Jewish problem” was planned—mostly by attorneys. In this place, we were offered a stark reminder of how a society can relinquish its soul to a small group of individuals willing to engage in unthinkable deeds. The Holocaust came to fruition not simply due to the co-conspirators at Wannsee, but due to the lack of courageous leadership embodied in the silence and acquiescence of an entire nation.

Warning bells were ignored in Germany pre-World War II, and history reminds us of the need for vigilance, and that leaders, especially elected prosecutors, must step up with the courage those at the House of Wannsee, and an entire nation of bystanders, lacked.

District attorneys have a bully pulpit. They are not simply elected officials, but also protectors of the rule of law and ministers of our justice system. Prosecutors can and should combat attempts to marginalize immigrants by resisting actions like the invasions of courthouses by U.S. Immigration and Customs Enforcement that jeopardize the safety and cooperation of victims and the detention of children and family separations that create generational legacies of trauma. Prosecutors can play a vital role in protecting the most vulnerable in our community from abuse—whether by individual perpetrators or by those who act in the name of government. Anti-immigration policies are being fueled by false narratives around public safety and crime—and who better than criminal justice leaders to push back with the truth: that research shows immigrants commit fewer crimes than citizens, and no matter what, human rights should come first. And if those charged with protecting our system of justice don’t stand tall in the face of the erosion of rights—including by government—in the name of “security” and “nationalism,” then who will?

False narratives undermine the essence of our society—the freedom and justice that made the U.S. a place that my father so desperately wanted to call home. But assaults on truth and fairness can only succeed if leaders, and all of us, are enablers.

From being out front on immigration like DAs Eric Gonzalez and Rachael Rollins, to holding off attacks that restrict access to abortions like Sherry Boston, to promoting use of overdose prevention sites that save lives like Larry Krasner and Dan Satterberg, a new generation of prosecutors exemplifies boldness. They have broken barriers, and now more than ever, we need them to use the loud megaphone they have as elected leaders. Wannsee is a frightening reminder of what’s at stake and what happens when they stand silent.

This article ran in the Winter 2019-2020 issue of the ABA Journal with the headline “Silent No More: A leadership retreat offers a stark reminder to remain vigilant.”

Miriam Aroni Krinsky spent 15 years as a federal prosecutor and is the executive director of Fair and Just Prosecution.