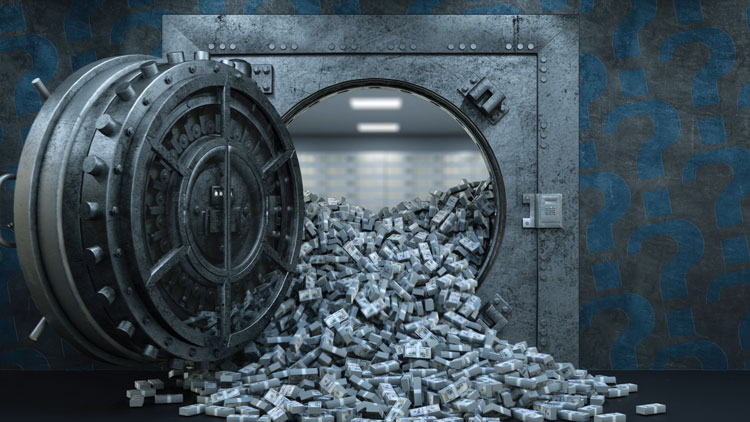 In their mergers and acquisitions departments, large law firms deploy due diligence specialists to scrutinize every detail of a client’s proposed deal. Yet when it comes to firms’ own efforts to gain a competitive advantage through lateral acquisitions of marquee partners, similar analysis often is lacking.

The result has led to some eye-popping salary guarantees for celebrity lateral hires that bring to mind the NBA’s quest for the next LeBron James or a Broadway show’s need for a surefire box office draw. Firms’ rush to acquire superstars, however, can come with unseen costs that include disruption within the existing partnership ranks and questions from clients about whether the splash truly adds value.

The issue crystallized in 2018 when the New York Times reported that Kirkland & Ellis paid $11 million a year for five years plus a signing bonus to entice ace litigator Sandra Goldstein from her senior partnership at Cravath, Swaine & Moore. The firm also reportedly paid Robert Khuzami $11.1 million over a span of a little more than a year after he moved from his post as the Securities and Exchange Commission’s director of enforcement to lead Kirkland’s government and internal investigations practice group. Khuzami is no longer with Kirkland, which declined to comment for this article.

Not to be outdone, the Times reported that Paul, Weiss, Rifkind, Wharton & Garrison would pay $10 million to poach Scott Barshay from Cravath’s corporate department to head Paul Weiss’ M&A practice.

The big salary numbers evoked comparisons to the Dewey & LeBoeuf collapse in 2012 that was widely attributed to promised payouts to partners that in some years exceeded the firm’s entire income. In 2011, Dewey paid partners $295 million but earned only $250 million, according to published reports.

Howrey, too, outgrew itself and collapsed in 2011 after more than tripling in size over its last 20 years by luring away talent from other firms.

Pay guarantees can be risky

At first glance, Kirkland’s moves have only bolstered an elite firm that remains securely atop the Am Law 100 list in 2019 with revenue up more than 18% to $3.75 billion.

But the trend troubles observers like consultant and strategist Tim Corcoran of Corcoran Consulting Group. “Lateral salary guarantees is a hot topic right now,” he says. Some deals may work well if firm leaders conduct significant due diligence to identify the size and profitability of a lateral recruit’s book of business, he observes, “but the legal market has a notoriously poor record of predicting which books of business are truly portable, while laterals have a vested interest in presenting an overly optimistic view.”

In fact, he argues that most lateral investments realize far less than anticipated. “Investment costs often precede revenues, so a firm is on the hook immediately for a compensation guarantee, while the timing and amount of resulting client fees is far less certain,” he adds. The equity partners bear the risk, and if “managed poorly, it can quickly become a vicious cycle of buying new revenue streams in order to pay higher fixed costs.”

Corcoran’s views are bolstered by a January 2019 report from ALM Intelligence finding 24% of lateral partners leave within three years of being hired, and almost half depart within five years. Additionally, the report found that approximately two-thirds of lateral hires don’t come within 75% of their expected book of business. With the average cost of bringing in a lateral standing at approximately $1.7 million, offering millions more in guarantees can make a significant dent in a firm’s finances.

Benjamin Barton, a law professor at the University of Tennessee and author of Glass Half Full: The Decline and Rebirth of the Legal Profession, says guaranteed payouts are dangerous to firm culture and financial health—though reports of Kirkland’s arrangements with its lateral hires make him suspect they are less of a threat to its bottom line than they were to Dewey’s. According to the New York Times, Kirkland appears to have not technically guaranteed a particular figure, but rather granted a number of equity shares that would equal $11 million a year at current revenue and profit levels. “If so, that’s less dangerous than what happened at Dewey, because if overall revenue and profits fall in a downturn, the per-share payouts would also fall, allowing for more protection,” Barton says. 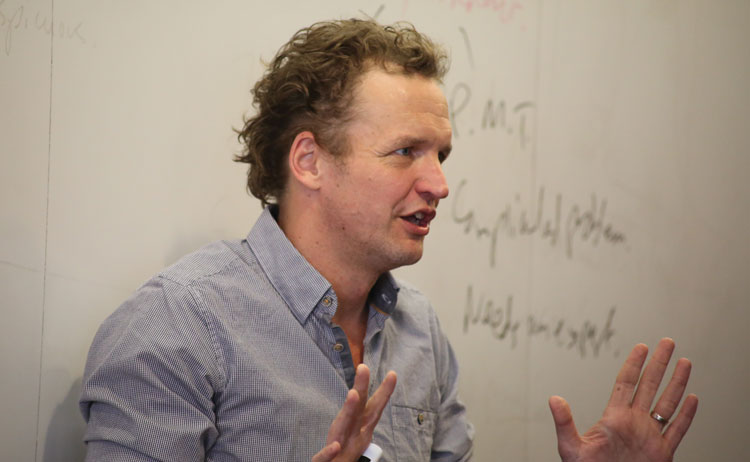 Benjamin Barton, a law professor at the University of Tennessee and author of Glass Half Full: The Decline and Rebirth of the Legal Profession. Photo by Rachel Wedding McClelland

Barton notes that paying top dollar to bring a lateral partner into an “eat what you kill” culture is historically destabilizing. “It’s not just the payout to new partners, it’s the renegotiation talks with existing partners who will now feel undercompensated. The main advantage to a lockstep Cravath model is that you remove the incentive to compete within the firm. Kirkland had definitely created the opposite dynamic here.”

The 2008 financial crisis was held partly to blame for Dewey’s and Howrey’s woes, but similar future downturns could be similarly injurious to existing firms’ bottom lines. “It is an ironclad rule of law firm management and culture that splurging on laterals can create jealousy and discontent on all sides,” Barton says. “This is exponentially multiplied when bad times come, as they always do.”

Legal practice development consultant Beth Slate of RJH Consulting says that high-profile lateral acquisitions are far from a proven strategy for big firms. “Even with such hires, BigLaw is losing longtime clients,” she says, “because leaner, newer, fresher firms are willing to work for less.” She points to Orrick, Herrington & Sutcliffe as a large firm that is utilizing a different expansion strategy. “Some of their innovative thinking is building internal teams that eliminate the lawyer/nonlawyer distinction,” she says. “They are really working with their teams to bring down stress levels and remove toxicity from their culture. These initiatives are allowing for great creativity, resulting in relationships with their clients that are strong and very personal.” Slate also points out that Orrick works on Six Sigma Lean principles, which brings down the firm’s costs. She also singles out Weil, Gotshal & Manges, mentioning that the firm’s inclusive culture and reputation for innovation help it attract clients.

Meanwhile, for litigators Michael Zweiback, Rachel L. Fiset and Erin Perez-Coleman, leaving BigLaw allowed them to set up a structure they couldn’t have otherwise had. The trio left Alston & Bird in 2018 and set up Zweiback, Fiset & Coleman, a litigation boutique with offices in Los Angeles and Washington, D.C. The firm boasts lower and leaner rates made possible in part by the use of technology and analytics to bring costs down. “Even our Fortune 50 clients expect fixed fees and reduced hourly rates that are well below standard national rates,” Zweiback says. “Big firms say they’ll do that, but examples are few and far between. The $1,000-per-hour partner is still how they make their money.”

To Slate, Kirkland’s system is at odds with the emerging business culture. “Tactics like those being used by Kirkland aren’t flying with the younger generations who are demanding better firm culture and benefits,” Slate says. “Legal tech, outsourcing, etc., have reduced costs, but those firms putting that extra income in the hands of a few star employees are shooting themselves in the foot. Gone are the days when the average employee believed he could make his/her way up the ladder. They want their reward now and won’t stay around to fill in the ranks at companies that still focus on the success of a small number.”

This article ran in the February-March 2020 issue of the ABA Journal under the headline:”Satisfaction Guaranteed? A recent spate of big-money guaranteed contracts for lateral partners raises eyebrows and concerns”