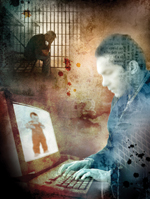 Jon Hanson committed a despicable crime for which everyone, including the defendant, agreed he needed to be punished.

The 49-year-old Racine, Wis., funeral director, who had been secretly trading child pornography over the Internet for several years, had been caught sending four sexually explicit images of young girls to a man in Cleveland.

Much to the consternation of federal prosecutors, U.S. District Judge Lynn Adelman of Milwaukee sentenced Hanson last June to six years in prison, followed by a lifetime on parole.

Prosecutors had sought a sentence for Hanson of 17½ to 22 years in prison. Even that was on the low end of the guidelines range. They cited the size of his collection, which totaled nearly 900 images, the young age of some of the children depicted, and the fact that at least one of those images contained violent imagery. Likewise, in a chat with the Cleveland man, Hanson had made vile comments about some of the children depicted in the images.

Hanson, an otherwise law-abiding father of three, had apparently never done anything inappropriate around a child during his entire life. The defense cited Hanson’s own his­tory of sex abuse by an older relative when he was a child, an otherwise exemplary record, his deep remorse for what he had done, and the results of a psychological evaluation by two experts who had found him to be at low risk of re-offending.

Hanson knew going into court that he was facing a mandatory minimum five-year sentence in federal prison on the transportation charge to which he had pleaded guilty, and that he would have to reg­ister as a sex offender for the rest of his life.

‘FLAWS IN THE GUIDELINES’ 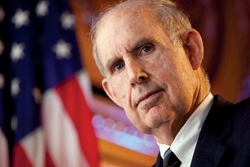 Judge Adelman detailed his reasons in a lengthy sentencing memorandum in which he recounted the defendant’s childhood sex abuse, his otherwise positive character and background, his efforts to rehabilitate himself after his arrest, and his remarks at sentencing that the judge said were “among the most insightful and moving” he had heard in all his years on the bench.

That critique, “Deconstructing the Myth of Careful Study” (PDF) by Troy Stabenow, a former military prosecutor, alleges serious flaws in the guidelines—including penalties that have been increased arbitrarily and irra­tionally based on political demands, and “enhancement” specifics so ill-defined that they apply in almost every case.

Adelman said Stabenow’s analysis articulated many of the specific flaws in the guidelines he saw evident in the case against Hanson. “I could not conclude that under the circumstances of this case, given all of the flaws in the guidelines discussed above, that the range deserved deference,” he wrote in Hanson’s sentencing memorandum.

Adelman’s criticism goes to the heart of a much larger struggle in the federal courts over the federal sentencing guidelines that apply to computer-based child pornography offenses. Those guidelines tend to treat even first-time offenders with no history of abusing or exploiting children as seriously as murderers, rapists or child molesters.

Assistant U.S. Attorney Jonathan Koenig, who prosecuted Hanson, refused to discuss the case or the guidelines.

But prosecutors and activists say the proliferation of child pornography on the Internet is an insidious problem that justifies the taking of extreme measures.

It is a debate that pits polite society’s disgust and revulsion against a judge’s solemn duty to impose a penalty that serves the three main purposes of sentencing: to punish the defendant, protect the public and deter the offender from re-offending.

The judge gave the defendant 5½ years in prison followed by 10 years’ parole, which was later affirmed on appeal.

“This is what happens,” said Bell in U.S. v. Grossman, “when you take judging, which is a judge’s job, and you give it to a commission and say: Add mathematical calculations and come up with a presumed sentence from that.”

Instead of the recommended 17½ to 20 years, he sentenced the defendant to 7½ years in prison, followed by five years’ parole, complaining that the guidelines “do not appear to be based on any sort of empirical data.” He said he had been unable to locate any particular rationale for them beyond the “general revulsion” associated with child exploitation-related offenses.

And a few weeks after Hanson was sentenced, U.S. District Judge William Griesbach of Green Bay, Wis., sentenced a 26-year-old casino worker and first-time offender to the mandatory five years, followed by a lifetime on parole in U.S. v. Ontiveros.

“Unfortunately,” says his lawyer, federal defender Krista Halla-Valdes, “the only way to get rid of what you have on your computer is to smash it with a baseball bat or burn it.” 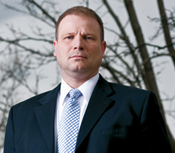 Stabenow says he began the study in early 2008 in an effort to rationalize the sentences that could be expected for the low-level child pornography offenders he was representing. “I was representing lots of clients in these cases. It’s a growth industry,” he says.

Moreover, the guidelines make no clear distinction between the offender who swaps a few images online with another offender and the mass producers and distrib­utors who make and market such material to millions of potential customers worldwide.

The guidelines also include so-called enhancements that ratchet up potential penalties without distinction from the basic crime. For instance, an enhancement occurs when a computer is used to transmit an image—which is the way most images are exchanged; another for trading an image for “a thing of value,” which can—and usually does—mean another image. Other en­hance­ments are based on the number of images possessed, the age of the children depicted, and on images that depict violence and sadistic or masochistic conduct.

The result is a sentencing scheme in which the typical offender “charts” at a guideline range that automatically exceeds the statutory maximum, even when there is a full acceptance of responsibility, complete cooperation with law enforcement officials, little or no threat of physical harm to any children and no criminal history.

An actual offender, Joe J. Champion of Granite City, Ill.—who paid the mother of a 9-year-old girl to hold her daughter down while he raped her twice a week for two years—got a recommendation, under the guidelines, of 151 to 188 months. Champion’s sentencing was discussed in U.S. v. Kane, the case of his co-conspirator.

Prosecutors argue that child pornography has spun out of control since the advent of the Internet. They point out that real children are harmed, sometimes grievously, in the making of such material. They contend that the victim is revictimized every time an existing image is viewed, that an image in cyberspace will circulate forever—continuing to victimize the subject for the rest of his or her life.

“We’re usually talking about hundreds if not thousands of images of some of the most deviant and disturbing subject matter imaginable,” he says.

“It’s the only way to ensure that all cases are treated alike,” he says. 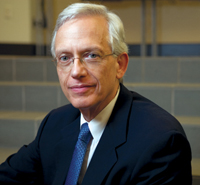 Hanson didn’t respond to a letter requesting comment from him in prison. But Ontiveros, who is an inmate at the same Pennsylvania prison, responded in writing.

“I myself have never sold drugs, physically harmed someone with the intent to injure them, nor am I a career criminal by any stretch of the imagination,” he wrote. “Yet, for five years I will be incarcerated for the possession of images which I attempted to get rid of.”

Merritt said the federal legal system had “lost it bearings” on the sub­ject of computer-based child pornography and likened the treatment of offenders to the “witchcraft trials and burnings” of several centuries ago.

“He is a 65-year-old, psychologically disabled former minister with Type 1 diabetes with many complications,” Merritt wrote in U.S. v. Paull. “How could this sentence be ‘not greater than necessary’ to punish this crime?”