A Vote for Fair and Open Elections 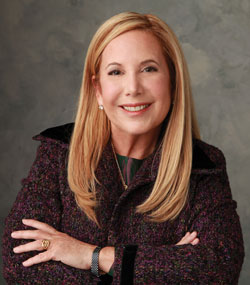 America watched with great pride as Michael Phelps swam his heart out to become the most decorated Olympic athlete ever, and when Gabby Douglas made history as the first African-American gymnast to win a gold medal in the all-around competition. But what should have been a national, unifying celebration of our athletes in London wasn’t completely so because of the seemingly endless string of negative political ads aired on television during NBC’s coverage of the 2012 games.

This is just one example of how divisive our political system has become. Campaigns, political parties and outside groups are expected to spend some $6.5 billion on television ads for federal and state elections this year. And let us not forget the controversy over new voter identification laws, which many believe suppress voter turnout.

At the same time, there are a record number of families in the United States who have faced or are facing foreclosure on their homes. More of our neighbors live in poverty now than two decades ago. Almost 9 percent of Americans are out of work. Yet we devote less than $350 million a year for the Legal Services Corp. to meet the civil legal needs of low-income Americans.

What are our priorities as a nation when we spend billions on elections but leave so many without the legal help they need to keep a roof above their heads or protect their children?

We know that Americans feel disillusioned by and disconnected from the election process. A recent survey found that 78 percent of Americans were frustrated by the negative tone in this presidential campaign.

Lawyers can effect change this November by doing our part to instill public confidence in the voting process. We possess the experience, knowledge and skill sets to ensure that our democratic process is fair and the right to vote is preserved. No matter what we believe or whom we might vote for, the ABA and its partners in the state and local bars must focus on the common interests of the profession during this election season.

The ABA has a number of policies and initiatives designed to accomplish that goal. Our politically balanced Standing Committee on Election Law has developed standards on how elections should operate. The association also urges law firms and other legal employers to allow the time that lawyers spend as official poll workers to qualify as community service, or voluntary public service hours, and for nonlawyer staff to be allowed paid leave to serve as official poll workers.

In this fall’s elections, our primary focus will be to educate lawyers about what they can do to become more involved in our nation’s electoral process and fulfill their civic duty.

We have a new ABA Vote website at ambar.org/vote that provides information and resources on election law-related issues. It includes an election law manual for trial judges, as well as voting lesson plans for teachers.

Our Standing Committee on Election Law, with the help of several other sections, divisions and outside organizations, has also organized a new effort called Lawyer as Citizen. The purpose of this initiative is to involve lawyers in a critical role of our democracy—the administration of our elections.

In the face of a declining number of our nation’s volunteers, the ABA is strongly encouraging lawyers to serve as official nonpartisan poll workers. In four easy steps, through the ABA Vote website, you can begin the application process to volunteer on Election Day. I hope you will consider joining this effort.

We have also released the second edition of America Votes! A Guide to Modern Election Law and Voting Rights, which provides a snapshot of America’s voting and electoral practices and issues. The ABA is nonpartisan and supports fair and open elections that empower the American people to have a meaningful voice in shaping our country’s future. Let us, as lawyers, do our part by voting on Election Day, by volunteering at the polls and by advancing the rule of law that sustains our democracy.