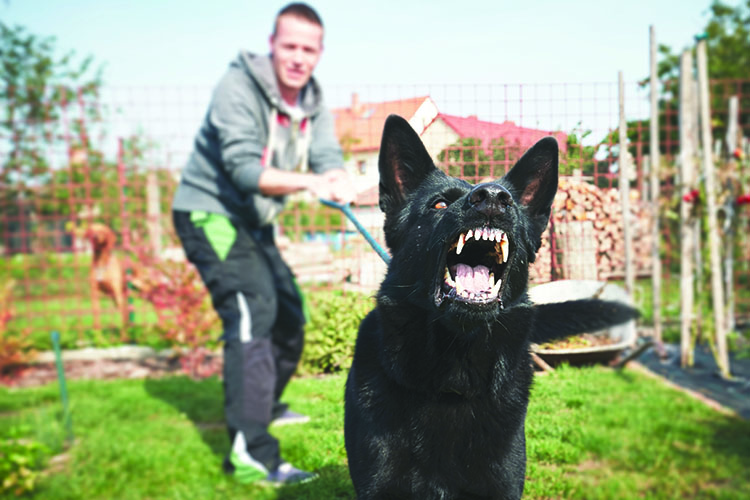 The importance of providing police officers with comprehensive animal encounter training was addressed in a measure approved by the ABA House of Delegates.

The House met on Feb. 17 at the 2020 ABA Midyear Meeting in Austin, Texas. Resolution 103A encourages the use of laws and policies that provide training on the amount of force that is reasonably necessary during encounters with family pets and other animals to protect both officers and the public, reduce potential legal liability and ensure the animals are treated humanely.

In the majority of U.S. police departments, the lion’s share of shots fired by officers are directed at animals, most often dogs, according to a Department of Justice study cited in the report accompanying the resolution. Also noted in that report was a study saying nearly 75% of police department shooting incidents in Milwaukee over one 33-month period involved shots fired at dogs.

Chris Green, the executive director of the Animal Law & Policy Program at Harvard Law School and the former chair of the Tort Trial and Insurance Practice Section’s Animal Law Committee, spoke in favor of the resolution. He said shootings of animals increase the risk of police officers accidentally shooting innocent bystanders, as well as the legal liability for governments that may need to settle with victims’ families.

“When things go wrong, the physical, emotional, legal and financial consequences can be catastrophic,” he said.

Green added that when states such as Texas and cities such as Chicago promoted nonlethal animal encounter training programs, they significantly reduced unnecessary accidents involving police officers an d animals.

Chuck Stertz, an assistant district attorney in Outagamie County, Wisconsin, and a State Bar of Wisconsin delegate, made a motion to postpone the resolution indefinitely. He contended the issue was not germane, saying that the House would be “taking away from the power of the American Bar Association” if it approved the resolution.

“We have very serious issues to address as leaders of our profession, and we need to focus on those issues,” Stertz said. “Every time we pass a resolution that doesn’t go to our core mission, we are watering down that message.”

Grant Killoran, a State Bar of Wisconsin delegate and a shareholder at O’Neil, Cannon, Hollman, DeJong & Laing in Milwaukee, joined Stertz in his proposal to postpone the re solution.

“People who don’t like us cite this sort of resolution and therefore dilute the rest of the unbelievable things we do to defend the rule of law, ” he said.

Stephen Saltzburg, a delegate from the Criminal Justice Section and a professor at the George Washington University Law School in Washington, D.C., opposed Stertz’s motion to postpone the resolution. He argued that the ABA is in the position to protect animal welfare in the country and throughout the world.

On a personal note, Saltzburg recalled the time his Rhodesian ridgeback dog stood between him and a brown bear in his backyard.

“I flinched; my dog didn’t,” he said. “My wife and I love that dog, and we share the love of pets that so many of you share. Don’t tell me it’s not part of our core mission.”

Daina Bray, co-chair of the International Law Section’s International Animal Law Committee and a member of the TIPS Council, also spoke against postponing the resolution. Like Saltzburg, she pointed out that the topic of the resolution was a serious issue and falls within the mission of the ABA.

Bray, general counsel of Los Angeles-based Mercy for Animals, added that not only are there two animal law committees at the ABA, but there are animal law courses in more than 160 U.S. and Canadian law schools.

“I want to say to you that animal law is a real area of legal activity that is here to stay, and it does have a home in our association,” she said.

The motion to postpone the resolution indefinitely was defeated after a standing vote. The resolution was then approved.

Resolution 103A builds on the ABA Criminal Justice Standards on Urban Police Function that were approved by the House of Delegates in February 1979 and focused on limiting the excessive or unnecessary use of force by law enforcement.

The resolution was co-sponsored by the Tort Trial and Insurance Practice Section and Criminal Justice Section.

This article was originally published in the April/May 2020 issue under the headline, “Pet Protection: ABA House supports animal encounter training for law enforcement.”