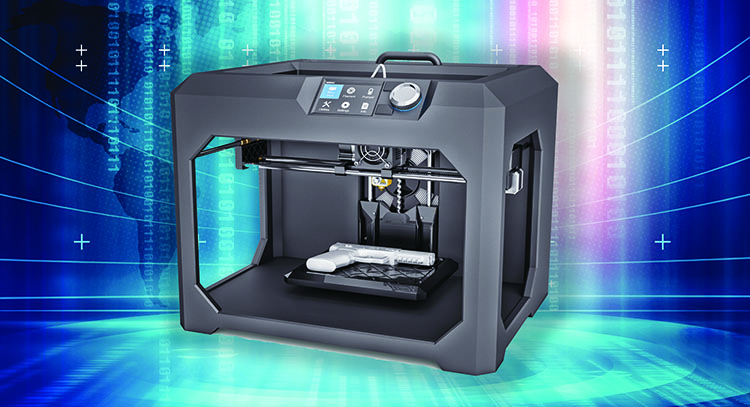 The House met on Feb. 17 at the 2020 ABA Midyear Meeting in Austin, Texas. The Standing Committee on Gun Violence was the primary sponsor of the three resolutions. Standing committee chair Joshu Harris and advisory member Monte Frank urged delegates to adopt the resolutions. Harris is legislative director for Philadelphia city council member Kenyatta Johnson, and Frank is a member at Pullman & Comley in Bridgeport, Connecticut.

Frank described how gun violence touched him personally when his 17-year-old cousin was shot in the back of her head in Chicago. She survived, he said, but her friend was killed.

“Yes, gun violence has landed on my door, and I know it has impacted so many of you,” he said.

Resolution 107A addresses loopholes in state and federal laws that allow gun buyers to purchase partially built frames and receivers (where the operating parts of the firing mechanism, including the trigger, hammer and firing chamber are attached) to make homemade firearms known as ghost guns. Resolution 107A was also co-sponsored by the Section of Civil Rights and Social Justice and the Criminal Justice Section.

The report accompanying the resolution said the Bureau of Alcohol, Tobacco, Firearms and Explosives ruled that unfinished firearm frames or receivers do not have to contain serial numbers. Under those rules, the do-it-yourself guns do not need to meet the same registration requirements as traditional firearms. Gangs have also taken advantage of the loopholes to stockpile untraceable firearms.

There are several pending state laws to address ghost guns in Illinois, Massachusetts, New York, Pennsylvania and Washington. Congress has addressed the issue with two pending bills: the Ghost Guns Are Guns Act and the Untraceable Firearms Act, according to the committee’s report to the House of Delegates.

Adam Skaggs, a special advisor to the Standing Committee on Gun Violence and chief counsel & policy director at Giffords Law Center to Prevent Gun Violence in San Francisco, said ghost guns are increasingly being used by people who can’t legally possess or buy firearms. “This is a niche part of the industry and [has gone from] a growing threat several years ago to a clear and present danger today,” Skaggs said in an interview.

Resolution 107B urges authorities to require people to apply for a permit from a designated law enforcement or public safety agency before being allowed to purchase a firearm. It also asks that authorities, at the very least, require prospective gun buyers to apply in person, be fingerprinted and be subject to background and criminal records checks.

“Having a permit to enable a purchase of firearms is probably the most significant item in that fight against gun violence deaths,” Frank said in an interview.

Resolution 107C calls for federal, state and local governments to enact regulations for the safe storage of firearms, require gun owners to comply with the rules, and promote safe gun storage education programs.

Resolutions 107B and 107C were co-sponsored by the Criminal Justice Section, the Section of Civil Rights and Social Justice and the Commission on Domestic & Sexual Violence.

The three measures easily passed by majority vote, but not without some opposition. Darin Scheer, a delegate from the Wyoming State Bar and senior counsel at Crowley Fleck in Casper, Wyoming, told the House of Delegates he could not support Resolution 107B because the issue was “still very much up for debate.

“I don’t think that the ABA should be in the business of recommending one-size-fits-all, top-down requirements for an issue like this that is constitutional,” he said.

This article was originally published in the April/May 2020 issue under the headline, “Securing Safeguards: ABA House votes in favor of restrictions on ‘ghost guns,’ firearm permits and safe storage.”