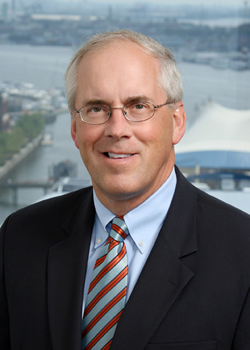 The ABA is urging the U.S. Department of the Treasury to incorporate language protecting the confidentiality of law firm clients into a proposed rule establishing customer due diligence requirements for banks and other financial institutions.

The Treasury Department's Financial Crimes Enforcement Network, known as FinCEN, began the rule-making process in 2012. If adopted, the proposed rule would seek to combat money laundering, terrorist financing and other illicit financial activity by requiring banks and other financial entities to report information about the beneficial ownership of entities opening new accounts, including information about individuals who directly or indirectly own, control or manage an entity.

In its Advance Notice of Proposed Rulemaking, FinCEN sought comment on whether lawyers, law firms, accounting firms and similar entities should be required to disclose that they opened an account on behalf of another party. In May 2012, the ABA submitted a comment letter expressing concerns that such a rule could be interpreted to require lawyers to disclose the identities of individual clients or the beneficial owners of corporate clients when establishing accounts on their behalf, or depositing client funds into the lawyers' client trust accounts.

In its current proposed rule, FinCEN sets forth a guidance provision covering "intermediaries" such as law firms. The guidance defines an intermediary as "a customer that maintains an account for the primary benefit of others, such as the intermediary's own underlying clients." Under the guidance, an intermediary that opens a new account at a financial institution for the primary benefit of its clients would be required to disclose only its own beneficial ownership information, not the beneficial ownership information regarding its clients.

In written comments (PDF) submitted to FinCEN on Oct. 3, 2014, Kevin L. Shepherd, who chairs the ABA Task Force on Gatekeeper Regulation and the Profession, voiced the association's support for the guidance as "a reasonable and effective way for financial institutions to gather clearly defined beneficial ownership information about the financial institution's direct customers without the detrimental consequences that could arise if intermediaries were required to disclose beneficial ownership information about all of their underlying clients for whom the accounts are opened and maintained."

But because the guidance is broadly worded, some financial institutions could "misinterpret the rule and seek to require lawyers and law firms opening such accounts to disclose information about their clients' identities and beneficial ownership," warned Shepherd, a partner at the Venable law firm in Baltimore. He urged FinCEN to clarify in the final rule that new accounts established by law firms or lawyers on behalf of their clients would be deemed intermediated accounts, and that disclosure of clients' identities and beneficial ownership would not be required.

"In our view," Shepherd stated, "the considerable time, effort and expense that would be required for lawyers and law firms to collect and report beneficial ownership information for the large percentage of their clients for whom they establish trust accounts is excessive and clearly disproportionate to any marginal … benefits that the information might be expected to provide to FinCEN and other federal agencies."

Shepherd also stated that requiring lawyers to disclose their clients' identities and beneficial ownership information would be inconsistent with Rule 1.6 of the ABA Model Rules of Professional Conduct, which is widely followed by the states. Under the rule, lawyers generally are prohibited from revealing information relating to the representation of a client unless the client gives informed consent.

The ABA supports risk-based measures designed to combat money laundering, including the Voluntary Good Practices Guidance for Lawyers to Detect and Combat Money Laundering and Terrorist Financing (PDF), as alternatives to the more costly and burdensome rules-based approach of legislation being considered by Congress and proposed agency rules. Last fall, the ABA, the International Bar Association and the Council of Bars and Law Societies of Europe jointly published A Lawyer's Guide to Detecting and Preventing Money Laundering, a PDF that is available free online.

This article originally appeared in the January 2015 issue of the ABA Journal with this headline: "Appropriate Disclosure: The ABA urges the Treasury Department to exempt law firm clients from beneficial ownership reporting rules."