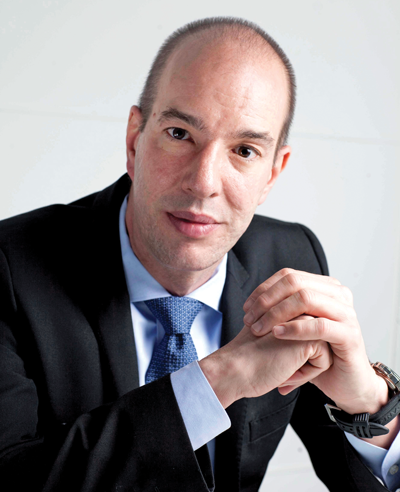 A massive influx of funding is a boon to any nonprofit. But it can come with challenges, as well, including: how to swiftly scale the organization to put that money to use; how to maximize the efficiency of every dollar; and how to plan more ambitiously and strategically than before.

Shortly after raising more than $24 million in a single weekend—more than six times an entire year’s typical donations—the American Civil Liberties Union sought answers to those questions by enrolling in the Y Combinator startup accelerator.

The Mountain View, California-based company’s accelerator program runs for three intensive months. Y Combinator is best known for launching startups such as Airbnb, Reddit and Uber. The ACLU is no startup, of course. It was founded in 1920. But there’s no question that support for and interest in the civil liberties nonprofit has surged since the election.

“When we put the word out that we’d be including the ACLU in our winter batch, more than 1,500 people signed up to volunteer their help,” says YC partner Kat Manalac.

While participating in the accelerator, the ACLU focused on overhauling its app, in addition to finding more experts and volunteers to support its cause. At Demo Day in March, participants presented to a couple thousand potential donors. Y Combinator provided the ACLU with $200,000, as well as pro bono engineering services to assist with the organization’s technology platforms and adapt to its growing membership base, says Anthony D. Romero, executive director of the ACLU and an attorney in New York City.

“Beyond financial contributions, the Silicon Valley community can help organizations like ours harness recent membership surges and spread the word about what the ACLU is doing to protect people’s rights from violations by the Trump administration,” Romero says. “Y Combinator and [president] Sam Altman are true pioneers in innovation, and now they’re also pioneers in the defense of civil liberties.”

The ACLU has been challenging President Donald Trump’s travel and immigration ban, and the group plans to continue to work to protect immigrant rights. News about the ACLU’s participation raised some eyebrows because YC’s part-time partner Peter Thiel is a Trump adviser. Romero says Thiel had no role in the project, though the ACLU imposes no political litmus test on its supporters or volunteers.

“We set our own agenda and work with any and all individuals willing to advance our goals of promoting civil liberties and civil rights,” he says.

For its part, Y Combinator doesn’t have a say in what happens to the ACLU’s monetary windfall. “We don’t get anything out of the partnership—other than the honor of helping an organization that has an enormous job right now,” Manalac says.

This article appeared in the June 2017 issue of the ABA Journal with the headline "Accelerated Liberties: To handle its funding surge, the ACLU looks to Silicon Valley."