Acrobat 9 May Not Flip You 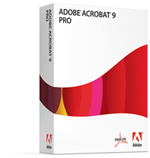 When Adobe Acrobat 8 came out last year, it seemed improbable that the software, a standard document handling tool for many lawyers, could be made more lawyer friendly. Version 8 had new redaction tools, Bates numbering functions and metadata removal—all of which are important to attorneys who need to create secure legal documents.

The newly released Adobe Acrobat 9 does, in fact, pack in even more functions that will appeal to many attorneys. In fact, the venerable program may be getting bloated.

Unlike Acrobat 8, which offered up wholesale changes and new tools for lawyers, most of what is in version 9 is an upgrade of old features. Most lawyers won’t need all these features, but Acrobat power users are likely to enjoy the new release.

The flashiest addition, quite literally, is fully integrated Flash video, making it possible to add videos like those found on YouTube and other websites into a PDF file. But anyone with only the free Adobe Reader can still access the content.

“One of the things we’re trying to do is make sure that users with no IT staff, or people who work with people who don’t have the full version of Acrobat, can still take advantage of all the features we’re offering,” says Rick Borstein, business development manager of the legal market for Adobe Systems.

For lawyers who just need to create and manage documents, the most interesting feature is called PDF Portfolio. It lets users choose from several layouts to create documents and presentations. PDF Portfolio documents can be converted into other programs like Microsoft Word or Excel.

Acrobat 8 offered the Acrobat Connect online collab­oration tool, but users had to pay to set up a session. Now Adobe is letting users have free col­laboration for up to three people through Acrobat.com. The current release offers 2GB of shared space, so users can share and edit documents online, and even users who only have the free Adobe Reader software can participate. Some nice features include the ability to save the chat comments made by participants and the ability to compare two versions of a PDF in case anyone gets confused about what changes have been made.

For lawyers, the Bates numbering tool has been made more flexible. It is now possible to renumber documents or to continue to use numbers already assigned to a file when they are imported into Acrobat, which wasn’t always pos­sible in past versions. And to redact items, users don’t have to manually scroll through a document to find items to be blacked out; just search by patterns and redact data types, such as phone numbers or Social Security information, and automatically blot out such information.

Thanks to a new optical scan­ning program, Acrobat can process scanned batches of documents more effectively. It also features improved compression technology, so that even documents with video or high-resolution images do not become too big.

Still, it’s not clear lawyers are clamoring for all of these upgrades. According to the 2008 ABA Legal Technology Survey Report, only 38 percent of lawyers use metadata removal software, although Adobe Acrobat was the most commonly used tool.

Similarly, less than a quarter of those surveyed use encryption software, though Adobe is the second most commonly used encryption tool for lawyers, behind Microsoft Outlook.

And as Adobe includes more features, some lawyers may begin to shift to other, less full-featured (and less expensive) products. Nuance Communications’ PDF Create ($50) and Bluebeam Software’s PDF Revu ($149) can create PDF files from most common software programs. Adobe Acrobat 9 Standard starts at $299, while the Acrobat 9 Pro with more document creation features costs $499. The Pro Extended version—including Adobe Presenter for presentations, which used to be a separate $500 application—costs $699.

In "Acrobat 9 May Not Flip You," August, certain statistics reported about Adobe¹s Acrobat 9 software and the Acrobat.com online program were incorrect. The online service provides 5 gigabytes of free shared space, not 2GB as reported. It does not offer the ability to compare two versions of a PDF; that capability belongs to Acrobat 9. The price for Acrobat 9 Pro was also in error: It is $449, not $499. And in discussing changes in Bates numbering, the story listed capabilities as new to Acrobat 9 that are available in Acrobat 8. There are other new capabilities, including the ability to add prefixes or suffixes, load from a folder and output to a designated folder.