Are virtual offices here to stay? 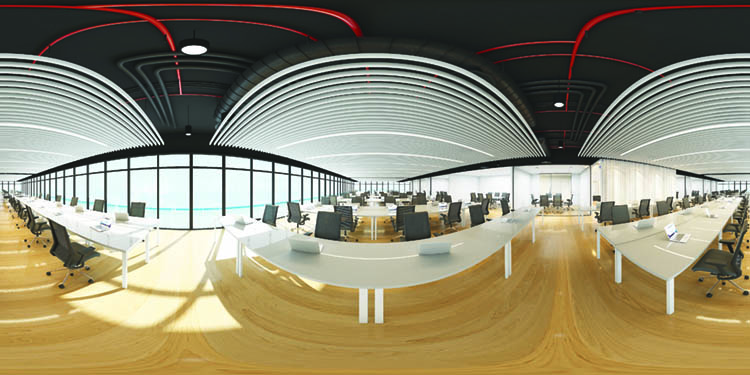 As the pandemic arrived, law firms across the country shuttered. The conference room stood empty, the moot courtroom went dark, the ficus in the hallway went unwatered, and facilities managers eyed the lease. Lawyers made do at home with their laptops on the dining room table.

When the small, lovingly preserved wood-framed law office in Massachusetts where lawyer and statesman Daniel Webster drafted briefs and wrote speeches—now a National Historic Landmark—closed to the public in 2020, the symbolism was evident.

The virtual law office—once a niche curiosity reserved for sole practitioners and a fraction of traditional firms—suddenly flowered, forced by necessity out of high-rise towers and into personal homes in the dark, uncertain pre-vaccine days. “End of the Law Office as We Know It?” wondered the Daily Business Review in Miami, pointing to firms that have downsized or abandoned their shops in favor of the work-from-home model. “We’ve evolved 10 years in six weeks. I don’t mean my firm, but the market. That’s how dramatic of an effect it’s had,” one law firm chief information officer told Law.com.

Remote work has its advantages, of course. “I used to travel a lot for work, and now I have a fully dedicated office at home, so without the commute I get two more billable hours per day,” says Alexis Crump, a Los Angeles-based partner at Lewis Brisbois Bisgaard & Smith and co-chair of the firm’s commercial lending practice. She adds: “One of firms’ highest expenses is real estate, and I hear it from clients, too: We’re going remote, so how do I get out of this lease?”

But an emerging consensus holds that predictions of the law office’s demise were premature. A year after the shutdown, the legal industry was returning to the office at rates 10 percentage points higher than other businesses, according to Kastle Systems’ Back to Work Barometer. “In talking with our law firm clients, we are hearing many factors that have made remote work more challenging for this sector, including paper-heavy office systems and generally being slower to adopt new technologies,” Haniel Lynn, the CEO of Kastle, an office security provider that tracks access data from the buildings it safeguards, said in a press release. Even Daniel Webster’s law office has reopened to the public.

Additionally, some just want to go back to the way things were before COVID-19 hit. That’s the loud-and-clear message from a leading consumer of legal services, Morgan Stanley chief legal officer Eric Grossman, to his outside law firms. In a July letter reported by Law.com, Grossman praised firms’ apprenticeship approach, suggested that it requires in-office attendance and warned that he was writing “out of a grave concern that our profession cannot long endure a remote work model.” 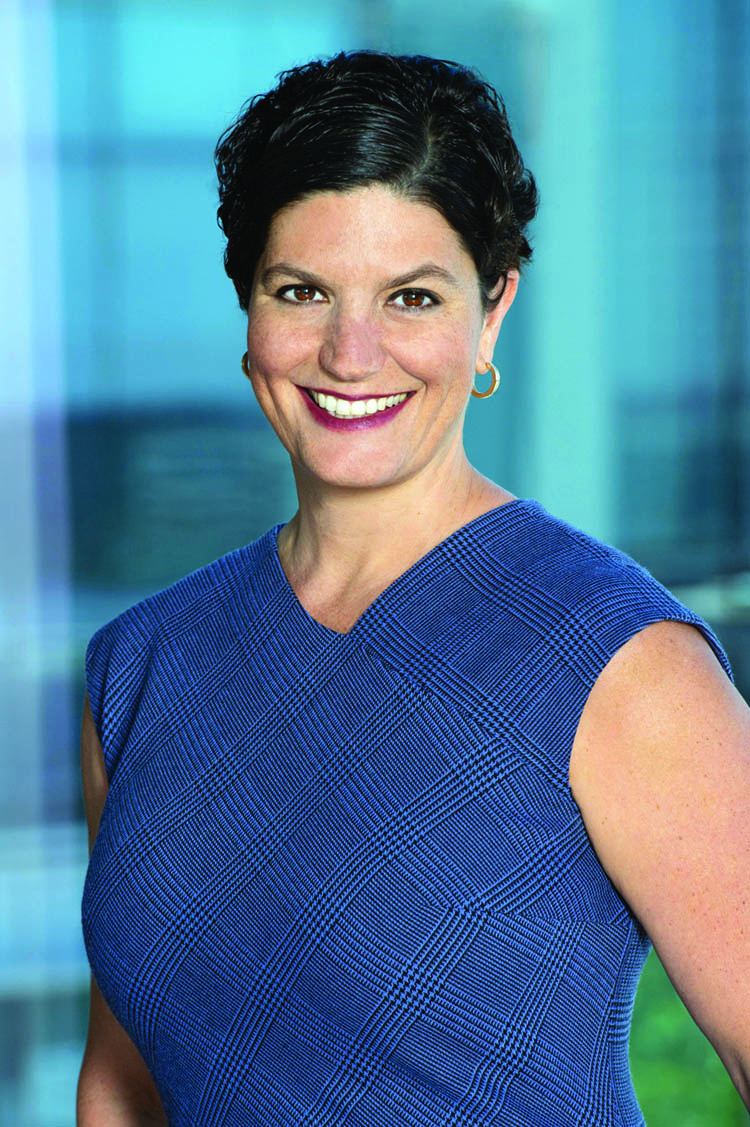 Maria Stearns: “We are all living an experiment right now.” Photo courtesy of Rutan & Tucker.

Law.com reports that in the Am Law world, some firms have decided to continue taking a flexible approach; others reportedly will require lawyers to work at least part of the week in the office. Of course, those plans are all subject to change—especially if the delta variant continues to rage on.

But as law firms develop management plans for full post-COVID-19 reopen-ings later this year so that corridors and corner offices grow animated again, the changes compelled by the pandemic won’t disappear. Some degree of work from home will continue at many firms, according to an American Lawyer review of planning, which discovered “permanent changes to their offices based on lessons learned in the past year.”

There will be staggered workweeks and “hoteling,” the sequential sharing of offices. For those who came to value remote work, there will be management empathy—to varying degrees.

A securities litigation partner at Sidley Austin in Palo Alto, California, says his Silicon Valley colleagues may find an environment substantially different from the one greeting lawyers back East. The driver will be clients, according to Matthew Dolan, because law firms take their cues from those they represent. “Out here in the West, tech companies had something of a hybrid model in place even before COVID,” he says. “New York is looking more like an in-person model as investment banks push their people to come back in more forcefully.”

Hybrid models fuse office and remote work, leading to questions of balance. Attorney and small-firm consultant Sam Glover, the founder of Minneapolis-based Lawyerist, says COVID-19 accelerated a trend he had long espoused. “I’ve worked remotely, mobile and portable for 14 years, and the pandemic exposed a lot of people to an opportunity they had not considered,” Glover says. “Managers want offices because it’s harder to manage remote workers, but eight hours a day in a central location can foster an illusion of productivity instead of really getting stuff done.” He recommends small firms meet in person regularly, maybe once a month or quarter, and big firms once a week. “For the rest, you mainly need a place to sit, think and write like a lawyer,” Glover says.

At 150-lawyer Rutan & Tucker, headquartered in Orange County, California, employment law department chair Maria Stearns says competing desires complicate matters. “The younger generation of lawyers really wants flexibility and freedom and at the same time also wants a lot of mentoring and training from experienced lawyers, which is why they joined the firm. And we at the firm want to retain excellent lawyers—so what model maximizes that? We are all living an experiment right now.” The pandemic jarred firms out of a rut, she adds. “Law firms are so traditional in their models, so it was significant that COVID forced us into remote work. Lawyers are used to their structures but smart enough to know how to face new realities.”

At Stanford’s Institute for Economic Policy Research, economics professor Nicholas Bloom consults with law firms, the law departments of major corporations and businesses in general. “Hybrid is the future of work,” he proclaimed in a recent research paper.

While that much is clear, he found it has led to uncertainties. Bloom and colleagues surveyed more than 35,000 American workers since May 2020 and found that 32% said they never want to return to working in the office, while 21% said they never want to spend another day working from home. “The frontier now is over managing the choices,” he says. His research led him to change his own advice: He now disfavors letting employees choose their own work-from-home days. “This is a tricky issue and a hot topic right now in firm management,” he says, citing three concerns: The creation of an office in-group and a work-from-home group, leading to advancement disparities. There’s also the reality that most employees, given a choice, opt for Fridays and Mondays away from the office. And there’s the diversity reality that among college-educated workers with young children, women want to work from home full time 50% more than men.

Stanford law professor Mark Lemley, who is also a partner at San Francisco intellectual property boutique Durie Tangri, cited Bloom’s study and says firms are still trying to figure out the right balance between virtual and in-person. “One complication is that different people want different things, but for many there is little benefit in coming back to the office if there isn’t a critical mass of people there to interact with,” he says. “A second complication is that firms might want different rules for attorneys and staff, but it can be challenging and demoralizing to, for example, require staff to be in the office all day when attorneys get to work from home.”

This story was originally published in the October/November 2021 issue of the ABA Journal under the headline: “No Going Back? Are virtual offices here to stay? Or will the pull of the brick-and-mortar law office prove too strong?”