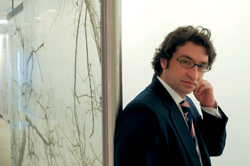 When British military officers first coined the term secondment, they were referring to officers assigned to temporary tours in regiments other than their own.

Now, in similar fashion, a growing number of Ameri­can firms are lending their lawyers for tours of duty as advisers to foreign courts, lawyers for international organizations or even in-house counsel for important firm clients. But unlike members of the British military, these road warriors have a say in the matter.

“What we would never do is force someone to go,” says John Christian, partner and personnel committee chairman for Clifford Chance’s New York City office.

While some partners have never even heard of secondment (se-cond-ment), it’s an opportunity that is very much on the radar of up-and-coming attorneys.

“Because there’s so much talk of secondments, sometimes we get associates who just volunteer,” Christian says. “At any point in time, we have several going. With some clients, it’s a constant rotation.”

Christian began working at Rogers & Wells in New York City long before it merged in 2000 with the international giant Clifford Chance. Se­condment wasn’t foreign to him; as a freshly minted associate 20 years ago, he temporarily worked for a client.

But for the stateside offices of other international firms, secondment is a completely new animal. DLA Piper associate Camilo Cardozo, who recently completed an interoffice assignment in Madrid, says he was the first from the New York office, perhaps even the first from any of the firm’s U.S. offices.

“It proved to be very fruitful, so now it’s being implemented and encouraged throughout the firm,” Cardozo says. And he would absolutely recommend the experience to fellow attorneys.

Such an assignment particularly benefits those who deal with global issues every day, says Cardozo, who has been with DLA Piper for six years and works in international litigation and arbitration. He’ll soon return to Madrid for a second stint.

“It’s helpful to see how litigants handle matters in other countries. It just gives you a better perspective on international matters,” Cardozo says.

Of course, there are conflict issues, particularly with client secondments, according to a recent opinion by the New York City Bar Association. It notes that a conflict of interest may arise depending upon: whether it’s a full secondment or a partial secondment­—during which the associate continues to do some work for the employer law firm; to what extent the employer firm “directs the professional judgment” of the seconded associate; who pays the seconded lawyer, host firm or employer; whether the host firm pays the employer firm; and the level of access the seconded associate retains to the host firm’s confidential information.

When a seconded attorney retains ties to the employer law firm, for instance, he or she is prohibited from litigation or transactional work for the host firm if the task is in conflict with any of the law firm’s other clients, or if it involves a “substantially related” issue that could be adverse to a former client at the firm.

Even after the assignment ends, the firm can be considered conflicted if it represents a client on matters that could be “materially adverse” to the former host.

It might seem like conflicts are unavoidable, especially because it is mainly large, multinational firms that are exporting their attorneys. But though the potential is there, such conflict rarely comes to fruition, Christian says.

“I’m not aware of that ever having been a problem,” Christian says. “Obviously, when we send someone to a client, we have to choose that person carefully.”