Opening Up to Open Source 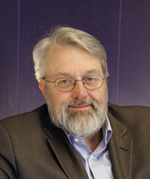 For many lawyers, open source is a phrase on the edge of their consciousness, having some connection to granola, college days and “things being free.” To them, Mark Radcliffe says, “Wake up!” because open source software and the legal issues its use raises may already be inside their clients’—and their own—front doors.

Radcliffe, a senior partner at DLA Piper in East Palo Alto, Calif., is also general counsel for the Open Source Initiative, a nonprofit corporation formed to “educate about and advocate for the benefits of open source,” including “better quality, higher reliability, more flexibility, lower cost and an end to predatory vendor lock-in.”

Private lawyers and in-house counsel should be up to speed on open source developments, Radcliffe says, because their clients and employers are interacting with software in ways that are not always obvious.

WHAT YOU DON’T KNOW

Many of Radcliffe’s legal cli­­ents are technology firms using open source to begin operations, and he maintains a blog on open source issues, Law & Life: Silicon Valley. In an April 4 post, he noted a recent study had concluded that by 2012, 90 percent of businesses will use open source either directly or embedded in other programs.

The study is “absolutely correct that use of open source is ‘elusive,’ ” he wrote. “We find that virtually all of our clients use open source even if they are not aware of it.”

“If you’re a bank, you’re a software distributor,” Radcliffe says. “Because of all the ways banks reach out to customers, they dis­tribute software. Sony is a consumer electronics firm, but the digital TVs they sell have a lot of software products that they are distributing to consumers.” And because knowledge of open source is ubiquitous among software developers, open source programs may find their way into proprietary programs, he says.

From its name, one might guess open source refers to software for which the source code is available for use without payment of royalties or other usage fees. But it “doesn’t just mean access to the source code,” according to the Open Source Initiative.

The initiative defines open source in terms of the licensing obligations incurred by users and distributors, including:

• The program must include source code and must allow distribution in source code as well as compiled form. Where some form of a product is not distributed with source code, there must be a well-publicized means of obtaining the source code for no more than a reasonable reproduction cost.

• The license must allow modifications and derived works, and it must allow them to be distributed under the same terms as the license of the original software.

• The rights attached to the program must not depend on the program’s being part of a partic­ular software distribution.

• The license must not place restrictions on other software dis­tributed along with the licensed software. For example, the license cannot insist that all other programs distributed on the same medium be open source.

Technology firms, Web-based firms and startups find open source particularly attractive because it slashes by half the amount of money needed to get into business. For instance, open source Linux operating systems can be paired with low-cost Apache servers and powered by open source software.

“You don’t really have a choice; you’re going to be using open source. The only thing is whether your engineers tell you or not,” Radcliffe explains. “Software engineers, especially younger engineers, view open source as just another resource. … It’s just another programming technique, and their attitude is ‘I’m not going to let some lawyer tell me how to do my skill set.’ ”

Imagine a world in which most of the music was controlled by one group. Not only would the uber-band’s music be expensive to buy, but it could not be shared and users would have to sign a licensing agreement that restricts what could be done with the band’s albums.

A similar situation developed in the software industry as the PC powered by Microsoft software rose to a dominant position. When the PC was born, computer makers typically included the software at no additional cost because hardware was king. But as the market developed, the roles of hardware versus software were reversed. Open source advocates argue that computer access and software are too important to allow anyone to be priced out of the market. One such advocate, Linus Torvalds, developed the kernel code for what became known as the Linux operating system, on which many open source programs run.

John Ottaviani, a partner at Edwards Angell Palmer & Dodge in Providence, R.I., and Boston, says, “Open source can have restrictions as minimal as giving credit to the entity you received it from to more restrictive provisions, such as everything you distribute that contains the open source software must be free to other users—or to edit, modify and use it as they see fit without having to pay a fee.”

Recently, open source issues have become the source of lawsuits. In March, the Software Freedom Law Center settled a federal lawsuit against Verizon Communications Inc. for copyright infringement involving the use of the open source general public license. GPL is a reciprocal license requiring license users to make the software available to end users.

As part of the March settlement, Actiontec Electronics Inc. said it planned to appoint an open-source-software compliance officer. Addi­tionally, Actiontec was expected to pay an undisclosed settlement.

“Both Verizon and Actiontec violated the GPL in their respective distributions of BusyBox—Actiontec when it distributed to Verizon and then Verizon when it distributed to its customers,” says SFLC legal director Dan Ravicher of New York City. “Since the boxes involved are Actiontec’s, they chose to take responsibility for remedying both their own and Verizon’s past violations and ensuring compliance in the future.”

The settlement means the SFLC is undefeated in four legal actions on behalf of BusyBox. All four cases have involved the appointment of a compliance officer and a settlement.

Against this background, corporate counsel have shown an increasing interest in open source. The Association of Corporate Counsel has sponsored regular presentations on the subject and maintains rel­evant articles on its website, but it would not make anyone available to be interviewed for this article.

The gist of the advice is to encourage corporate counsel to assess their clients’ risks and exposure in dealing with the open source phenomenon. In other words, inventory what’s coming into the company (and its software); what the client’s software developers are up to and how this can be monitored; what’s going out in terms of the client’s software or products; and what internal controls there are (shades of Sarbanes-Oxley) to make sure companies are not tripped up in the various forms of licenses that attach to software coming in, in development or going out.

In addition, expect open source issues to crop up in everyday transactions such as mergers and acquisitions and investment transactions.

Whether you’re ready or not, “open source is going to continue to grow,” Radcliffe says, “and is one of the few options which will provide real competition for Microsoft.”