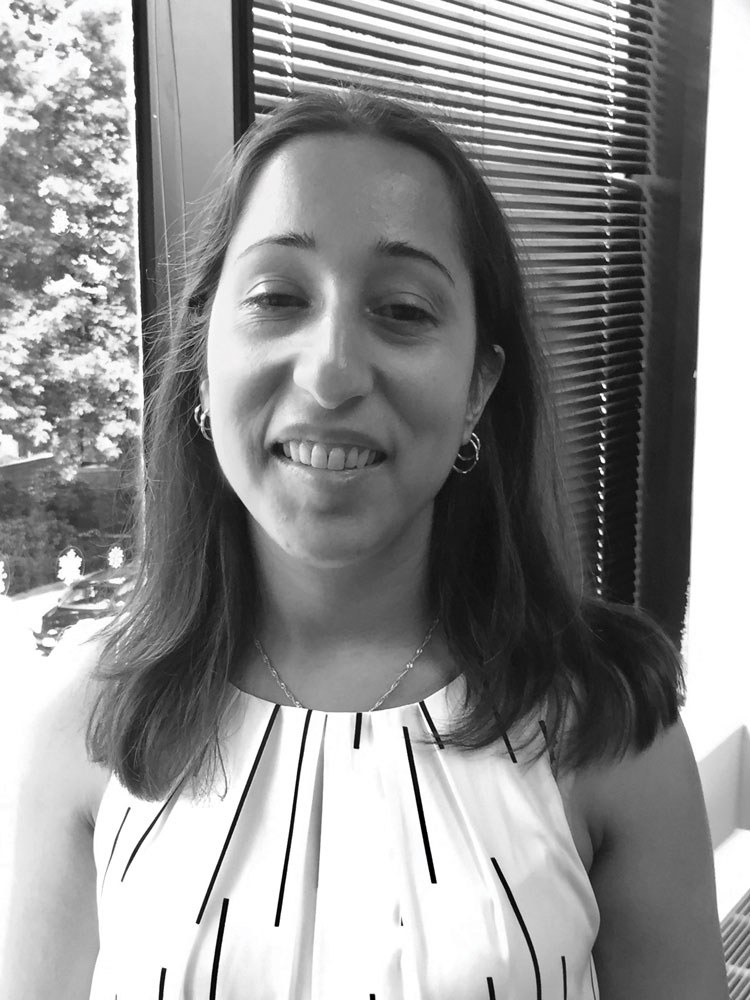 Deepinder “Deepa” Goraya of Washington, D.C., loves her work as an advocate fighting legal battles. After all, she had her share of personal battles even before she started to practice law.

Goraya was born three months premature.The incubator for her 2½-pound body pumped in too much oxygen, which caused the blood vessels behind her eyes to burst. That led to a lifetime of blindness and exposed her to inequities in the educational system. Her parents fought to keep her in neighborhood schools, while she used technology to translate her textbooks and homework to Braille or voice versions.

Goraya achieved high grades and earned a law degree from the University of Michigan. She is now a staff attorney with the Disability Rights Project of the Washington Lawyers’ Committee for Civil Rights and Urban Affairs. She also helped create the ABA Young Lawyers Division’s Disability Rights Committee and was on the board of the National Association of Attorneys with Disabilities.

“Attitudes have slowly changed and improved, but we have a way to go,” she says.

Goraya is among a growing number of lawyers with disabilities who have advocated for disability rights in the legal community. They have climbed the ranks to prominent jobs and helped smooth the road for the next generation. In the 50 years since the first disability rights victories were achieved in court, these lawyers have been helped by the passage of the Americans with Disabilities Act, emergence of new technology specifically for them, and a shift in societal attitudes, she says. (For more, see “Action for Access.”)

In October, Goraya moderated an ABA panel, “Persons with Disabilities: Driving Innovation in the Workplace.” The panelists said one in five Americans has a disability, and they discussed how businesses have expanded their recruiting and hiring practices for people with disabilities, who bring unique talents and skills to the fore. Those employees, in turn, help spur new approaches by providing different perspectives and through the adoption of assistive technologies.

But despite these advances, there’s work to be done.

“It is important for law firms and judges in courtrooms to still be educated about the obstacles we face and the attitudinal barriers,” Goraya says. “We still need an accessible building, a workable case system, wheelchair accessibility and the use of technology in the courtroom.” 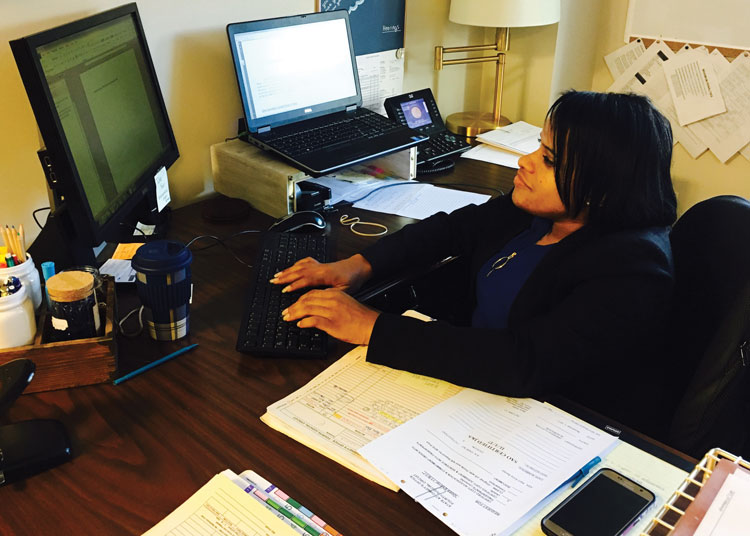 Photo of Nicole Saunders courtesy of the State
Attorney’s Office of Jacksonville, Florida.

Nicole Saunders, an assistant state’s attorney in Duval County, Florida, is paralyzed from the waist down and uses a wheelchair. She chairs the YLD’s Disability Rights Committee.

“This has become the right path for me,” says Saunders of Jacksonville. “The areas of advocacy and policy make me very passionate. I wanted to work through the law to help bring about change.”

Saunders says she has not been held back at work.

“They are very accommodating. It is a nonissue,” Saunders says. “I see my value and try to cultivate that.”

Saunders is working on a proposal for a program on how employers can accommodate employees who have disabilities. She plans to propose it at the ABA Midyear Meeting next month, with the hope that the YLD leadership will potentially accept it for presentation. It might become a live presentation that has panelists from different fields, or it might be an online CLE program.

“A lot of times, employers know the Equal Employment Opportunity Commission laws, but they don’t know how to effectively and efficiently implement them,” Saunders says. “We want to create inclusion in the workplace, and sometimes employers just don’t know where to start.” 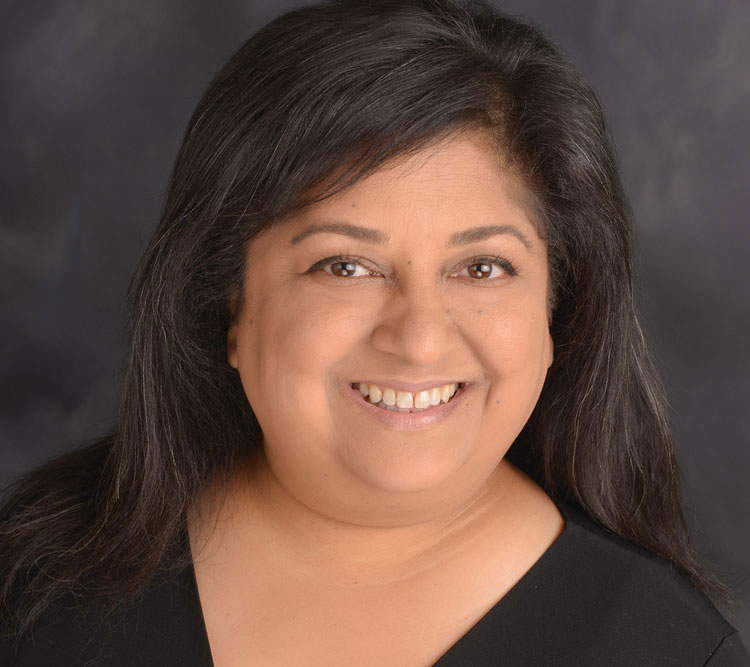 Anuradha “Anne” Gwal, who has a brain tumor and is partially blind, is an assistant general counsel at Exelon in Newark, Delaware, and past president of the South Asian Bar Association of North America. About 13 years ago, she had two surgeries that resulted in tunnel vision, or partial blindness.

She remains on medications to continue to treat the tumor. A new type of radiation that pinpoints the exact location to be treated helped save her life.

Gwal refers to her disability as invisible because no one can immediately identify it. That’s why she openly discusses her condition as part of her leadership roles with the ABA and SABA North America. She is scheduled to appear on an ABA panel next month to talk about her company’s inclusion efforts for people who have disabilities.

Although her company has been accepting of her medical situation and her partial blindness, Gwal knows other companies, and society in general, have a ways to go.

“Companies, law firms and law schools can find a way to help the party deal with the stigma and help them to acclimate to the company culture,” Gwal says. “It’s all about inclusion, and they will improve by leaps and bounds. Once we understand the disability, we can effect change.”

Robert Gonzales, chair of the ABA Commission on Disability Rights, says the group has created a pledge for legal employers to sign: Disability Diversity in the Legal Profession: A Pledge for Change.

The pledge, which was introduced in 2009 and updated in 2014, asks major businesses, law firms, judges and law schools to commit to hiring people who have disabilities and to treat them with respect and dignity. The employers are provided goals and scores on how well they do.

“The pledge has had a dramatic impact on the companies and has given lawyers an opportunity they may not have had otherwise,” Gonzales says. The pledge is online at ambar.org/thepledge.

Gonzales agrees with Goraya that new technology has had a major impact on lawyers who have disabilities. Many companies and organizations, including the ABA, are upgrading their websites to make them more accessible. Once the ABA website redesign is completed, lawyers with disabilities will be able to participate in webinars and other educational programs more easily.

“At the ABA, we’re planning to finish the upgrades by mid-2018,” Gonzales says. “Then lawyers, whether they’re blind or deaf, will more easily be able to access the site like anyone else.”

But many legal tech companies still have to make their products accessible to attorneys who have disabilities. When the organizers of the ABA Techshow 2016 conducted a survey of vendors, of the 79 respondents, eight could confirm that their products were accessible.

With the profession becoming increasingly reliant on technology, unless the status quo changes, attorneys who have disabilities could find themselves cut off from many opportunities.

The ABA Techshow 2017 included a workshop to help vendors meet the needs of disabled customers, but none chose to attend. The organizers are planning a series of events in conjunction with the ABA Techshow 2018, which is March 7-10 in Chicago, including an online career fair for lawyers with disabilities.

In "Making Success Accessible,” January, Deepinder “Deepa” Goraya should have been described as a former member of the board of the National Association of Attorneys with Disabilities. She is still a member of the association.

This article was published in the January 2018 issue of the ABA Journal with the title "Making Success Accessible: Attorneys who have disabilities are breaking down barriers in the legal profession."