Awards are great marketing tools, but they're not all created equal 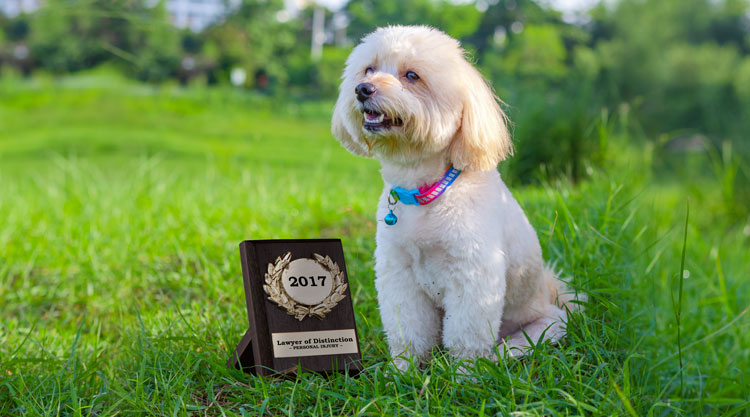 Lucy Davis of Davis Law Group in Seattle is not an attorney. In fact, she is ineligible to sit for the bar.

That’s because she’s a poodle. Nevertheless, that didn’t prevent her from being honored as a Lawyer of Distinction in the personal injury field in 2017.

After receiving the payment required for membership and its associated benefits (which at press time cost $475 per year for the lowest tier of membership), Lawyers of Distinction sent Lucy a plaque naming her one of the top 10% of attorneys in the country and congratulated her on Twitter.

It did so even though the webpage Davis Law Group submitted with Lucy’s application made it clear she was a dog, mentioning she had received a “Juris Dogtor” and was a member of the King County Bark Association.

Ian Waldron, Davis Law Group’s director of operations, says the goal of submitting Lucy for Lawyers of Distinction membership was to test whether there was any research being conducted by such groups prior to distributing awards. In his opinion, this incident exemplifies how many of the growing number of entrants in the legal awards industry seem more focused on generating revenue than identifying the best lawyers and firms in their fields.

According to Waldron, “There are organizations that have a higher bar for what it takes to get a good impression out there, and that is being cheapened by this type of activity.”

Cheryl Bame, the principal of Los Angeles-based Bame Public Relations and a former journalist, agrees there has been a proliferation in the legal industry of what she considers to be “bogus awards.”

She says honors falling into that category are those offering to recognize attorneys only if they agree to pay the organization hundreds of dollars for items such as a plaque, a profile on the company’s website, a press release announcing the award and a logo the lawyers can put on their own websites, among other things. These solicitations are typically made directly to attorneys by marketing companies that don’t undertake any sort of vetting process before doling out honors.

Bame, whose firm represents national and regional law firms, says solo and small-firm attorneys are more susceptible to paying for little-known awards than BigLaw lawyers because they are less likely to have access to marketing professionals who would warn them not to waste their time.

“It’s frustrating because attorneys get spammed with this, and a lot of times they don’t know what they are getting,” Bame says. “They think, ‘Wow, somebody wants to honor me.’ But they really just want their money.”

Marissa Grignon, a California-based senior business development manager at Troutman Sanders, says her firm steers away from submitting its lawyers for what she calls pay-to-play awards.

However, she says attorneys often are not as familiar with the differences between the growing number of awards and rankings. This creates a need for staff to spend time explaining why the firm is submitting them for certain honors and not others. 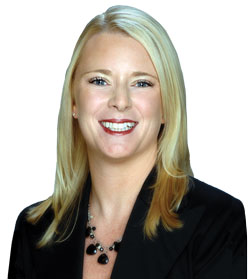 Awards Troutman Sanders considers worthwhile because of their research processes and the prestige associated with winning them include honors bestowed by the American Lawyer, U.S. News & World Report, Chambers and Partners, the Legal 500 and Law360.

“They have large research teams,” Grignon says. “They conduct interviews.”

Marketing and business development professionals say the more trustworthy awards are worth pursuing, even amid the spike in scamlike honors, because of the role they can play in generating new business.

“We call these trustmarks,” said Conrad Saam, president of Mockingbird Marketing in Seattle. “Adding trustmarks to a law firm website improves the conversion rate, no question.”

Grignon agrees the awards are a trust symbol that potential clients can find comforting.

“It is nice when you see an attorney bio, and they have a bunch of credentials and recognitions,” she says.

Despite marketing professionals sharing that certain awards are worth seeking, some of them worry that consumers don’t know how to distinguish between legitimate honors and the pay-to-play offerings. This, in turn, can lead to members of the public believing some lawyers are well-qualified on the basis of awards they have received and not undertaking any additional due diligence.

“No one knows what these things are,” Saam says. His marketing firm has used its blog to try to raise awareness among the legal community and broader public about issues with some of the awards and directories out there, including Lawyers of Distinction. 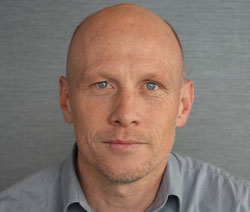 Conrad Saam submitted Zippy the chicken for a Lawyer of Distinction award in 2018. Photo courtesy of Conrad Saam

In 2018, Saam detailed in a post how he submitted his child’s pet chicken, Zippy, for Lawyers of Distinction membership using the nonexistent website deshickeenlaw.com. Saam wrote that he successfully got through to the page where he could have paid $775 on Zippy’s behalf for top-tier benefits, including a plaque, but he declined.

A spokesperson for Lawyers of Distinction, which was incorporated in 2014, said it implemented a new vetting process in 2018.

“In response to critics who have pointed out past mistakes in our vetting process, we would like to firstly say that we acknowledge past errors and have learned from past mistakes,” Keith Allen, Lawyers of Distinction’s director of operations, said in an email.

The company previously allowed anyone to be nominated through an automated system, and a nomination would trigger an immediate email to the nominee notifying them they could apply for membership. “Due to trolling and abuse by people with ulterior motives, we removed this feature and implemented a manual review for all referrals,” Allen said.

According to Allen, the platform now evaluates nominees based on factors that consider their achievements and peer recognition. Additionally, a background check is conducted to make sure attorney nominees do not have any disciplinary history in their respective states within the last 10 years.

On the other hand, Waldron says Davis Law Group recently received a request that Lucy the poodle accept her nomination for 2020 membership.

“That tells me there is not a whole lot of vetting or due diligence going on there,” Waldron says.

This article appeared in the June/July 2020 issue of the ABA Journal under the headline: “Awards Season: Awards are great marketing tools and can demonstrate expertise, but they’re not all created equal.”