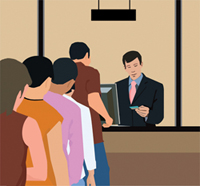 Perhaps it will be some consolation for Brittany Donovan that the semen used to create her came from a sperm bank in New York. Brittany, a mentally disabled 13-year-old Pennsylvania girl, was thrust into the limelight earlier this year after her mother sued the sperm bank for selling her what she maintains was defective product.

Donna Donovan sued Idant Laboratories on her daughter’s behalf, alleging it sold her sperm containing a genetic defect known to cause mental impairment, seizures, behavioral disorders and other hereditary maladies.

In Donovan v. Idant, a case of first impression, a federal court in Philadelphia ruled in March that Brittany’s mother could sue the sperm bank under product liability law. Senior U.S. District Judge Thomas N. O’Neill reasoned that the contract between Donovan and the sperm bank was created in New York—and the screening and testing of the donor semen took place there—so New York law should apply to the breach-of-contract and tort claims on Brittany’s behalf.

While many states, including Pennsylvania, have “blood shield laws” that exclude providers of sperm—as well as tissues, organs and blood products—from product liability suits, New York’s law excludes only blood and its derivatives.

The decision apparently is the first to hold that sperm is a product subject to strict liability, says New York University law professor Mark Geistfeld, a tort and product liability expert.

But it remains to be seen whether the ruling will lead to other cases like it, Geistfeld says. “Just because the judge found that sperm is a product subject to strict liability doesn’t necessarily mean the seller will ultimately be held liable,” he says. “It depends on how the court decides the issue of whether the sperm is defective.”

Lawyers for both sides declined to comment on the case, but Idant has filed a motion for reconsideration.