Lawyers have to move on from witnesses who won't budge 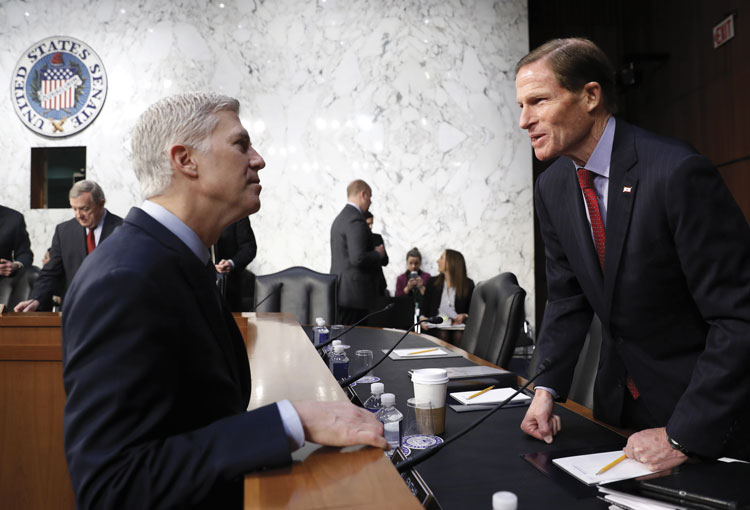 Now that Judge Neil M. Gorsuch has been on the U.S. Supreme Court for five months, let’s go back in time to review a very small sample of the more than 30 hours of hearings held by the Senate Judiciary Committee before his confirmation. Is there a lesson that the questioning can teach us as practicing lawyers? Can reflection upon what we saw and heard help us hone our craft?

For starters, these proceedings provided some key reminders: Do you have some purpose in mind in your persistent questioning, or are you beating a dead horse? Are your questions a tactical gambit with a strategic goal you can articulate, at least to yourself, and hopefully it becomes apparent to others? Or are you just belaboring the obvious?

Sen. Richard Blumenthal, D-Conn., attempted to get Gorsuch to reveal whether he agreed with a series of landmark Supreme Court decisions near and dear to the hearts of liberals. Blumenthal repeatedly asked Gorsuch to affirm that he agreed with the opinion in Brown v. Board of Education (1954).

Gorsuch refused to utter the magic words that the senator wanted to hear. Instead, he gave Blumenthal far more through his repeated questioning. “It is a seminal decision ... maybe one of the great moments in Supreme Court history,” the judge replied. But the senator persisted: Do you agree with it? “It is one of the shining moments of constitutional history in the United States Supreme Court. … We’re on the same page.”

Gorsuch, in what the Democratic senators surely interpreted as disingenuousness, claimed that it would be an “act of hubris” were he to answer that he agreed with the Brown decision. Blumenthal was unwilling to accept the tenor of Gorsuch’s answers.

Was Blumenthal beating a dead horse? All he managed to extract from the future justice was that when Brown v. Board overturned Plessy v. Ferguson (1896), which upheld Louisiana’s racial segregation laws for public facilities, it reversed a prior precedent that was “a dark, dark stain on our court’s history.”

The senator, in his cross-examination of the well-prepared “witness,” wanted a specific answer. He was unwilling to quit, no matter how pointless his persistence seemed to become. Was he not listening to the answers he got? The answers were so much more forcefully articulated than the magical “I agree” to which he was asking the judge to commit himself. Was he beating an already thoroughly dead horse? Why would Blumenthal not take yes for an answer when that magic word was not spoken? Did the senator in fact neither hear nor process the meaning of the answers he got instead of the one he wanted? Have you ever faced a recalcitrant witness with exasperation, seemingly deaf to the answers you were in fact getting? 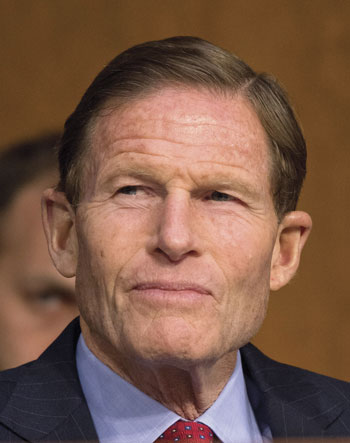 to persist or to quit

For lawyers, the question becomes when you should refuse to take the de facto equivalent of yes or no for an answer.

First and foremost, ask yourself: What is my goal in any line of questioning on the stand, in a deposition, in a negotiation? Don’t meander and hope you get some nugget of value whose meaning you’ll perhaps determine in the future. Ask yourself where you want to go, how you plan to get there, and when you’ll know you have received a helpful answer—even if not in the form you expected and desired.

Be purposeful, strategic and tactical. Great buzzwords. But what do these words mean in this context? Determine a goal. Is it to pin down the answer to a factual question? Is it to extract a particular admission against interest? Is it to expose a lie or an improbable assertion? Then, figure out how you’re going to get there. Are you going to ask a direct question or elicit an answer that by deduction gives you the conclusion you need? Be willing to take a shortcut, if one is possible, or navigate a detour, if it becomes necessary.

To accomplish any goal, you have to figure out how to best play your interlocutor or your deponent. Try to learn as much as you can about that person before you enter the court, deposition or negotiating room. If you haven’t been able to do so, use the opening gambits. People reveal themselves with surprising clarity, if we’re prepared to see and listen.

We send a lot of nonverbal signals out to one another. Watch. Listen. Don’t be so wrapped up in what you’re trying to accomplish that you don’t see, hear, understand or process the witness’s game. If you’re going to get your interlocutor angry, exasperated or self-satisfied, do it purposefully.

By the time Blumenthal got his turn to question Gorsuch, the manner and matter of the judge’s responses were predictable. It was obvious that he’d refuse to give an opinion on any Supreme Court precedent, other than to state that the case was legal precedent to which deference was due. Nor would he allow himself to be bullied into saying anything outside his carefully worded responses.

Annoyed at what he seemed to regard as the senator’s refusal to take a de facto yes answer, the judge committed himself ever more forcefully to what he thought to be the precedential value of Brown.

During the exchange, neither was willing or about to give an inch to the other. Am I being too feminist and harsh on the eminent senator and the equally eminent jurist? I confess that if my back gets up, I can be equally—if not more—pigheaded and determined than those two gentlemen. And proud of it I am, also. But don’t we all, even alpha males, have to learn when it makes more sense to give in?

Edna Selan Epstein is retired from the active daily practice of law. She established her own firm in 1989 and handled a variety of litigated matters. She has served on the book publishing board of the ABA Section of Litigation and on the editorial board of the section’s journal,